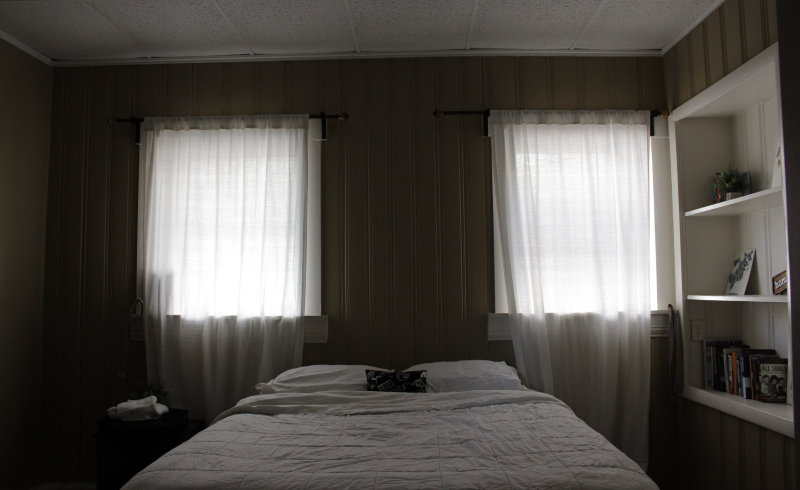 “What is she gonna do, not have sex with you anymore?” wrote Jackstrokes on r/deadbedrooms — an anonymous internet forum on Reddit.

This was the clincher for dead bedrooms — the threat of denying sex in the future when there wasn’t any in the present.

Jackstrokes got 137 upvotes. Reddit allows you to upvote a post if you found it relevant and downvote it if you don’t. Supposedly democratic, the arrow system worked. He touched a live nerve — where sex and desire met frustration and indifference.

I had been circling the drain in a dead bedroom for years.

“My wife pulls the ‘do you ever want to get laid again?’ line all the time. It takes everything in my power not to respond, ‘And, that would differ from now…how?” one Redditor wrote.

Their lives were fun house mirrors of mine. Except I was a woman, and it somehow felt worse.

I should be desired, but I wasn’t.

“She offered ‘hurry up and get it over with’ type sex, but I am no longer interested in that. I want foreplay, I want to make out, I want to go down on her, and she goes down on me. I want sex that lasts multiple rounds. I’m done with pity sex. I don’t deserve this,” he ended with.

Sex is not currency unless it is. Neither person ends up happy.

My husband has never gone down on me in 20 years of marriage. The passion, the sensuality was what I craved.

Why did I marry someone who won’t go down on me? I sacrificed at the time because I was so in love with him, but I wonder why more and more often.

What kind of sick masochist was I?

Reading couple after couple on r/deadbedrooms gives you a one-way view into sexual incompatibility. Endless comments that start with the “I would do anything…” I wouldn’t do “anything” anymore, I think to myself. I’m over it. I have moved onto greener pastures, so to speak. I won’t suffer anymore. But, many will.

Husbands getting “starfish” sex, wives never getting foreplay they need to get “off” and both are miserable and deprived.

Neediness is not attractive. And asking for sex is the ultimate need. I wish those of you who have begged for sex (I used to) or acted needy (yep) when you just want love, affection, and intimacy from your spouse to know you are not alone. Except in a dead bedroom, you feel awfully lonely. Because you are.

Wonderfuller wrote, “You should stop begging, whining, and acting needy, but do not do this under the assumption you’ll become more fuckable to your spouse. That ship had a rotten hull and has likely sailed and sunk years ago. Instead, quit begging your spouse for sex for your own dignity and sense of pride. You’ll be a stronger, more confident person. You will be one step closer to ending the relationship with someone who doesn’t have a problem denying you a basic human need.”

I think about that. Denied, not necessarily a need but a desire. I am deprived of any kind of warmth and intimacy in my marriage. From no hugging, no touching, no caressing to no sex. It’s not healthy, is it?

I came to the internet for answers from 286,831 anonymous internet strangers on why sex evaporated in their relationships.

r/deadbedrooms taught me I had normal desires. I wasn’t defective.

When I looked back, I was ashamed of myself. In lingerie and perfume, throwing myself at my husband. I talked, asked, begged, pleaded, accused, and cried. Once in a while, he’d agree, but I was better off throwing myself at a brick wall.

I should be with a man who wanted me. Loud and clear.

“Marry someone who wants you more than you want them,” my mother said when I showed her the sizable diamond.

She was right, of course. The power shifted to his side. Did he ever want me? Or was I a status symbol, a box checked?

I didn’t know any better — believing all those articles about ‘spicing up your sex life.’ We had a problem, but I didn’t realize how serious it was. The term ‘dead bedroom’ was foreign to me — I didn’t even know this group on Reddit existed.

Now, I won’t do those things anymore, and I haven’t for years. When I looked back, my efforts at the beginning of the dead bedroom were laughable at best and mortifying at worst. I’m not having sex anymore than I was then. Was this the answer? Having no sex and being resigned to it? Seemed pointless except a tiny bit more honorable.

So, yes, if you beg and plead or pout about not getting sex, STOP.

It will not help. It’s only going to hurt plus make you feel worse. Generate a spine and some self-esteem and some autonomy. As priceless as that is, don’t expect it to revive your sex life.

This is the only way. Not guaranteed to get you more sex, yet at least you gain back your dignity.

“What’s left of it,” I muttered to myself.

I will never, ever, ever debase myself like that again.

You either want me or not. No counseling, no negotiating, nothing.

This whole thing has broken me, and I’m not sure I can bear to be with someone else until I heal.