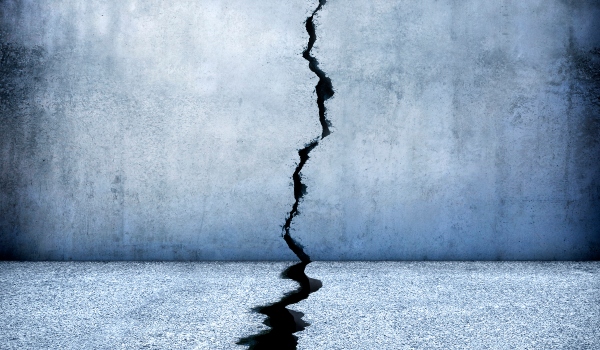 We can complain all we want about the political/ideological divide we’re experiencing today. But unless we name and confront those who maintain and exacerbate it for the sake of power, we can’t address it.

Who are they? Well, I’ll give you a hint: If you see any group or literature that blames the “left” or “liberals” for that, you can start there. Two that come to mind for me are Imprimis magazine, published by Hillsdale College in Michigan; and videos from “Prager University.”

I’ve read and watched a few of those extremely misleading articles and videos and don’t particularly care to revisit them; however, Imprimis recently repeated the canard that “Black Lives Matter,” which exists to oppose police brutality against African-Americans, is dangerous because it doesn’t address black-on-black crime, a totally different and unrelated situation altogether.

But more to the point, I’ve found that such groups, mostly on the right, don’t even take seriously the arguments put forth by their political opposites. It’s as though things would be fine once we neutralize them. You can certainly win elections by doing so, but governing? That’s another matter.

Indeed, it would be helpful if people would take off their own blinders and recognize that they don’t get things right. One example is William F. Buckley Jr., who originally opposed the civil-rights movement but later changed his mind and admitted that the conservative movement of which he was the godfather got some things wrong, saying some years ago in an interview with Time magazine, “Federal intervention was necessary.”

Doesn’t the same apply to the “left”? Not in my experience because, in practice, it will work with those who don’t agree with it for the same goals. It happens all the time in Washington because the hard, uncompromising left has never had much political power and even Chuck Schumer, minority leader of the U.S. Senate, has always been willing to cut deals (such as one recently on the Federal budget). Besides, when liberals criticize conservatives it’s due to their behavior, not their political affiliation.

Further, I’ve never bought the idea that the news media or academia are inherently liberal. By definition we in media can’t simply regurgitate the conservative line, and colleges exist to teach people how, not what, to think. Why aren’t there more conservatives in either of those professions?, you may ask. Well, there’s nothing keeping them out, but if you went through the process — especially academia, which almost requires doctoral degrees, including decades of study — you might see that it’s not as cut-and-dried as you might think.

Basically, I see such complaints coming from people with axes to grind, and no one is served as a result. I think that if we understood the underpinnings of each other’s worldview the discourse might become more civil. But not a moment before.

END_OF_DOCUMENT_TOKEN_TO_BE_REPLACED

Facebook5TweetPinEmail1Shares6
wpDiscuz
Share this ArticleLike this article? Email it to a friend!
Email sent!