—
Being in a state of ambiguity is being in a state of openness towards more than one interpretation. And so, my path of spiritual ambiguity is one of loosely holding multiple perspectives regarding those deeper and more mysterious aspects of life. My spiritual path is nothing definitive and contains no absolute truths. Sometimes I walk on well-traversed paths and other times I’m trailblazing through the thicket.

In this post-quantum physics world, I am hard pressed to find any absolute truth, a bottom line to existence, despite the claims of the more fundamentalist approaches to spirituality. I do have strong suspicions though. I suspect that my experience of ego individuation, that is being a body, living in a world of separated people out there, living on a world that is just a place, apart from me, is not the entirety of who I am (or who you are) by any stretch.

One of the reasons for my suspicions of a metaphysical reality beyond what my individuated senses report was because of something that happened to me back in the late ’80s when I was 27. I had an experience of leaving my body. This was the first and has been the only time this happened. It felt as real as anything else that had ever happened to me. And it scared the crap out of me.

I had just moved to New York City and was waiting to start a new job. I had a couple weeks, so I took the opportunity to walk the electric streets and become a little more familiar with the energy of one of the most vibrant cities on the planet that was my new home.

After that first week there, having walked many urban miles, the weather changed to cold rain. I had begun working with guided meditation tapes a few months before and decided to use my remaining time before starting work to engage in extended meditation sessions. I was doing two to three hours of those guided meditations a day.

I also figured out a workout practice I could do in the tiny studio apartment I was living in. This was back at the height of the aerobics craze and I found a pretty good exercise tape with a routine I could easily do in the confined space.

After sweating to some oldies one drizzly afternoon, I took a quick shower and laid out on my futon couch/bed, wearing my comfy, orange bathrobe. The gentle rain pelting the window was soon inviting me to drift off into one of those luscious naps that we might enjoy on a cool day after a hot shower.

I had moved into that studio apartment with a cat and he liked to hang out in the extended windowsill. I was in that glorious cusp between wakefulness and sleep when the cat began playing with the blinds, waking me up. I started to rise out of bed so I could get him off the sill. With the suddenness of someone flipping a switch and turning off gravity, I started floating up to the ceiling. It was an instant’s awareness, but as clear and articulate as any experience in the rest of my waking life.

I saw myself rising and viscerally felt the sensation of levitating within every part of my body. It was as real as me typing this page. In the midst of rising, I noticed that I was still wearing my orange robe, which I remembered seemed strange at the time. And that’s when I screamed out, terrified as I was suddenly bouncing off the ceiling. In the next instant, I was flailing about my bed, grabbing onto anything I could reach in order to regain some sense of being grounded. As I screamed, the cat jumped and ran under the bed.

I don’t know what may have caused that supernatural event and don’t really concern myself over whether I actually left my body, or if my body somehow just floated up, or if it was just an incredibly lucid dream, the likes of which I never had before and haven’t had since. I could drive myself crazy with speculation like that. So, I just learned to accept it as something that happened and try not to burden myself with the details.

One thing I did immediately after was to quit using those meditation tapes and actually stopped meditating altogether. It was a shocking and disorienting feeling that I did not wish repeated. It was a few months before I did start a basic mindfulness meditation again because it was generally a beneficial practice. I never went back to the tapes though. I figured that floating up to the ceiling had to do with their use, so I got rid of them. Too scary.

Trying to astral project or have an out of body experience (OBE) was considered a worthwhile and fun pursuit by the Findhorn pagans, Gurdjieff mystics, Castaneda shamans, and the myriad of other new agers that made up my social circle back then. But I had no desire for a repeat experience of gravity’s sudden repeal.

It’s funny how things mellow with the passage of time. And that unstable instant, feeling myself rising above my bed, turned out to become an empowering memory after some years. It was an experience that left me more open to the more mysterious and mystical aspects of the world. I gave up any certainty about life’s parameters. This openness has led me to a much larger palette of experiences throughout my life. And within that openness, I got to meet some incredible people and do some wondrous stuff, usually within the fringe areas of society, the wild places where artists, poets, mystics, and outlaws rub elbows.

While abiding in the outskirts of life, I found a type of rest within an experience of deeper stability and trust in the unfathomable systems of creation. I discovered that the universe is indeed a friendly place, despite the impossibility of comprehending its infinite vastness.

So much unnecessary pain and suffering, the divisiveness, anger, and people being mean to each other that is pandemic today, is because certain people believe what they believe is the absolute truth. And that others who believe differently are wrong. It’s our certainty about the nature of life and others who happen to share our world that is inhibiting us getting together and working for the greater good of all of us. We act like we have a clue, and we really don’t.

To paraphrase John Lennon: Can you imagine a world where we all believed our beliefs to be malleable, like wet clay? How might that look? Perhaps we wouldn’t have to charge ahead at full speed, with our swords drawn, ready to attack others and defend ourselves and our belief systems.

Perhaps we could slow down and discover the power of bringing more “maybe” into our lives. Maybe I astral projected, maybe I had a moment’s lucid dream. Maybe life could be much more vibrant and exciting for all of us if we learned new ways of doing and being in the world and working and playing with each other. Maybe if we thought in terms of “maybe” more often, we could start moving to a greater potential for all of us.

You may say I’m a dreamer, but I’m not the only one. You know the rest.

Tod Evans is a writer seeking for the peace that quietly flows beneath the deafening turbulence of modern life. He writes for Simmering Nirvana, a journal about mindful living.

Tod lives a simple life in the Pacific Northwest with his beautiful wife, Jessica. They share a tiny home, a love for eating plants, and listening for life’s magical punchline within the gentle breezes blowing in from the nearby, verdant mountains. 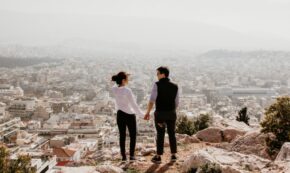 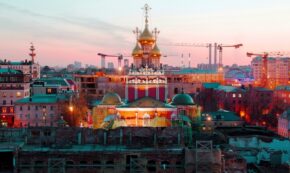 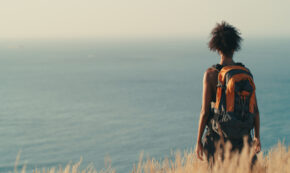 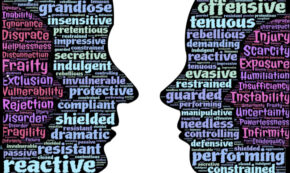 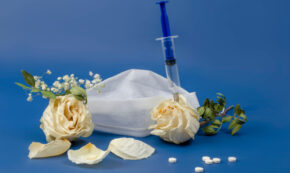