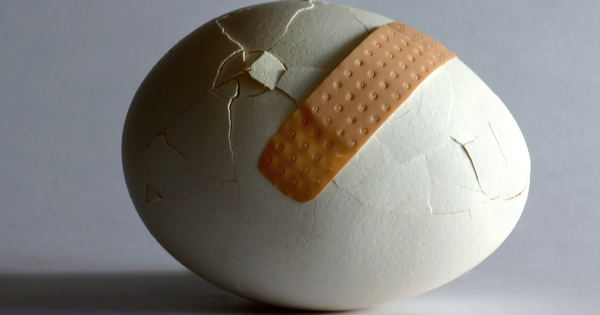 White fragility, as described by Robin DiAngelo (2018), references a range of defensive responses well-meaning white people, like me, often manifest. They have recognized that racism is horrible and unjust. They see racial hatred as a manifestation of ignorance mixed with an ancient evil and, therefore, reject racism and oppose racial prejudice.

When confronted with their own white privilege or their racial insensitivity, the white person may become highly offended. Who wouldn’t be? They have professed racism to be evil, voted “on the right side” all their lives, they may have even marched in civil rights demonstrations, and now they are being called out as participating in systemic or interpersonal racism.

White fragility often manifests itself in the form of tears, anger, anxiety, fear, and withdrawal. Its appearance is that of vulnerability, but DiAngelo corrects this impression: “White fragility is not weakness per se. In fact, it is a powerful means of white racial control and the protection of white advantage” (2018). This white anger and these white tears are a means of regaining control and dominance.

It is, in neurological terms, a problem rooted in the subcortex.

The brain can be described as consisting of two principal layers: the neocortex and the subcortex. The neocortex is principally devoted to cognition: thinking, rationality, and language. The subcortex is devoted to gut functions: reflexes, sensations, and impulses.

The tears and upset of white fragility are gut responses. They are the products of fear, anger, anxiety, insecurity, and both conscious and unconscious guilt. These reactions are not rational; they derive their power not from logic, but from what the white person feels to be overwhelming emotion born of a felt injustice perpetrated against them by those who have been and remain victimized.

While the thinking-brain (neocortex) and the gut-brain (subcortex) communicate and are responsive to one another, they do not do so equally. The gut-brain constantly passes information about bodily functions to the thinking-brain, where they are translated into comprehensible experiences, thereby informing decisions and strategies of response. Hence, our thinking is constantly informed and shaped by our gut senses. What the neocortex does not do so well is communicate cognitions in a digestible form to the gut.

This manifests itself in the limitations of cognitive interventions when the body is powerfully impacted, shut down, and/or otherwise defended. If I am afraid of stairwells and become paralyzed with fear when needing to use one, remembering and processing an early traumatic event related to the fear may ultimately be helpful, but may not relieve the anxiety response that limits my ability to climb or descend. The insight that processing brings to the cause and meaning of the event may not necessarily be translated to the body in a way that can ease the physiological and emotional responses.

To make an impact in the subcortex, the thinking brain must learn the language of the gut. Mindfulness is a central tool to help the conscious, rational mind increase its connection to the body. By way of willful attunement, the neocortex translates its processing of a fear response into bodily reassurances, such as grounding techniques, centered breathing, and meditation. These are the instruments by which we can calm both the aggression and anxiety that can overwhelm us and damage our ability to embrace the role of a truly supportive ally.

As a white man who is also a psychotherapist, racism is most definitely my problem. With the horrific death of George Floyd and the pained, deeply resonant responses from people of color, I have felt in myself and witnessed in other white people a raised awareness and urgency regarding racism.

But this is a moment that cannot be adequately met with “raised awareness” nor the vagaries of a “sense of urgency.” This is not simply the murder of one man, but the systemic, systematic oppression of our fellow human beings that has, for all of our lives, played out directly in front of us. Despite what we have witnessed, we have remained silent, ignored, dismissed, and minimized the suffering of black people and have, almost universally, enjoyed benefits derived from their suffering.

Perhaps we white folks need to attend to our guts: mindfully notice those feelings in our bodies when the issue of race surfaces. What is the fear underlying our defensiveness? Do we regret our words, actions, or inaction?

If I look inward and am shocked by faults I find there, I can be assured that black people won’t be shocked. Although they may be surprised if I actually own and embrace responsibility for all that I have tolerated within myself and in my world.

Racism is horrific and vast. Our response needs to be more than an argument or an apology. There are elements of this that are far more than words can express. We need to learn to train the attention of our neocortex, our thinking brain, on the sensations we are feeling in our body when addressing race.

Sometimes, when I look inward, I notice that what I feel does not agree with what I think. For instance, I know that I can be more fearful of a young black male than a similar young white male. I know that this is a manifestation of my racism. I consciously oppose it by practicing its opposite, bringing to awareness all of the facts and experiences I have that expose the illogical basis of this fear. 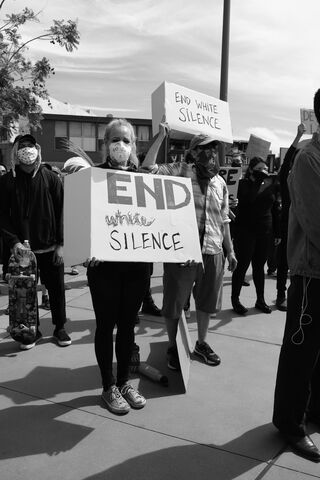 Over the years, that reaction has subsided but still exists. I don’t know if it will ever be extinguished, but I believe that my consciousness—not only of what I think but also what I feel—is preferable. Not because it cleanses my hands of racism or makes me an ounce more justified, but because it makes this racist impulse my problem and not the problem of young black men.

The hope is that in holding this frame of reference when I am called out, called in, or otherwise confronted as to my participation in or benefit from racism, I may be more open to discussing and examining my own complicity, and less likely to feel someone else’s expression of hurt as an attack against me.

I suggest we treat ourselves with kindness. When we subject ourselves and each other to the same cruelty we white people have exerted against black people, we increase the likelihood that our white fragility will again disrupt and sideline the central and most critical work of putting an end to racism.

Keith Fadelici is a writer, a hiker and a trauma therapist living in NYC. He co-authored a chapter in the book: Strength & Diversity in Social Work with Groups.