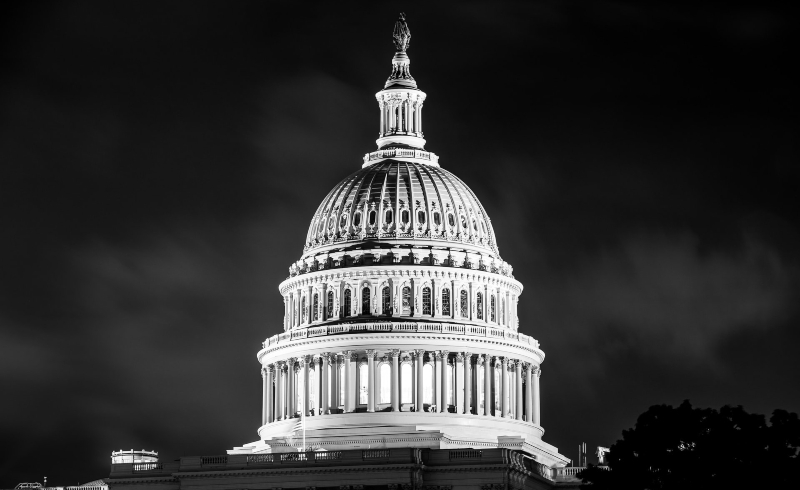 In what looked like scenes from a movie, news outlets showed America what many of us knew would eventually happen — white citizens violently terrorizing the nation and government. Their reason? Undermine democracy to keep a white supremacist/white supremacy in power. Many Americans watched in horror and confusion, asking “How could this happen?,” to which I ask, “How did you not see this coming?”

What we’re witnessing are tactics that whiteness has used throughout history to gain, maintain, and usurp power across the world and throughout the entire existence of the United States of America. Whiteness is an ideology that is administered to white people’s consciousness from birth that tells them that they are entitled to everything and are at the top of the hierarchy that whiteness itself created. It tells them that power, success, beauty, access, money, and resources are theirs for the taking through any means necessary.

Whiteness, as an ideology, is inherently delusional and violent, which means that destruction and death will always be possible outcomes. Whiteness chips away at its host’s humanity and turns them into a ravenous zombie hellbent on selfishly accumulating and maintaining power and resources. People infected with whiteness have no regard for others when they perceive their interests are in danger; and because whiteness is delusion, it sees everything and everyone as a threat.

As long as white people remain attached to their idea of whiteness, especially white people in power, no one is safe, not even other white people. Whiteness has no loyalty. It is only loyal to its own self-interests.

So what happens next?

It’s going to get worse before it gets better

What happens next is simply more of this. The more whiteness loses power, the harder it will fight to keep it. The good news is that we no longer live in a world where whiteness, as an ideology, can flourish. Thanks to the work of hundreds of thousands of people throughout history who stood up to whiteness, many of whom were murdered because of it, we now live in a time when the majority society’s consciousness sees whiteness for what it is and rejects it.

However, whiteness is far from being eradicated. The fact that Trump was elected and remained president over the past four years speaks to the strong hold that whiteness still has on white Americans. The targeted delivery of propaganda through Facebook and other social media and news outlets to white people has been a major contributor. The Netflix documentary film The Social Dilemma outlines the prevalence and reach Facebook has in spreading misinformation to targeted populations through algorithms that are based on user data, interests, and political leanings.

The documentary film gives examples of how Facebook played a role in undermining democracy in “third world” countries such as Myanmar. While social media has helped connect more people, and has helped community activists organize protests that enacted real change, social media has also contributed to the demise of critical thinking, free-will thinking, human connection, and our ability to be flexible in our beliefs.

What you can do to help this country

It’s easy to feel hopeless and helpless when you see a bold and violent demonstration at a building that is a physical representation of democracy in this country. What this does is it tears down our belief that this country can still be salvaged. We know America is broken. We know attempts to fix it have failed to do so completely. This does not mean we stop trying.

On the same day that whiteness chose to further reveal to the world how far it’s willing to go for power, many of us were breathing a sigh of relief over the senate seat wins of Raphael Warnock and Jon Ossoff in Georgia. This race, along with Georgia turning blue for Joe Biden, demonstrated what is possible when Black women go up against whiteness.

Now do you understand why Republicans suppress Black votes? I hereby declare that the Southern states are not red. They are suppressed. — @MidwinCharles

When I read this post on social media regarding the Georgia senate race victories, it further solidified how whiteness works in America. Black people and other non-white people were never meant to, set up for, or allowed to have the freedom, voice, and power that whiteness hoards for itself.

So, what can we do as citizens of this country?

This country will continue to fall apart before our very eyes, and that’s okay. It’s actually necessary if there is any hope to build something that is truly fair and devoid of all that whiteness produces. What feels like a time of hopeless is an invitation to keep hope alive. If we let go, we risk losing our chance to make America average, which would be a huge step up from where we are right now.

A clinical social worker who writes for the growth and empowerment of gay men to lead a life of love & fulfillment. Social media: @gaymenandblog