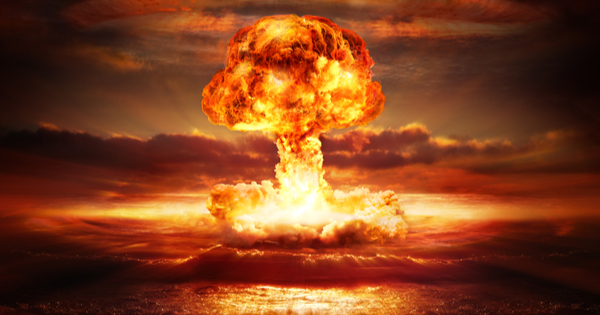 If this hasn’t happened to you, consider yourself lucky. I’ve unfortunately had the pleasure on several occasions. It’s an uncomfortable position when the “nuclear option” is always just one text message away.

By “nuclear option,” I mean the threat of imminent separation, of relationship termination, of don’t let the door hit you on the way out.

Over the years, my relationship journeys have come with many different twists, turns and endings: ultimatums, last chances, drunken outbursts of rage, infidelity and threats to block my number indefinitely.

All of these are bad, but nuclear threats during moments of anger and intense emotion are always a bad decision. It’s also an approach that ultimately sabotages the person using the tactic.

To be clear, I’m not saying I’ve never been partially to blame; I certainly have added momentum to arguments that were escalating, but I’ve never threatened total relationship destruction.

It’s a pretty petty way to shift the power dynamic, inflict maximum emotional damage and sidestep the real issue at hand. Based on my experiences, I’ve learned there are quite a few reasons this is a bad idea.

Ready to count the ways?

In my experience, when made during times of intense emotion and anger, the nuclear threat is commonly followed by an apology.

One of my ex-es said she was going to block my number and never talk to me again. She’d delete all her pictures of me and erase me from her life. Once she even did delete all our pictures together.

The next day after she’d cooled off she asked if I could send her some of the pictures we’d taken together — pictures that she requested I delete the day before during the heat of the moment.

She attempted to explain away her use of the breakup threat as just a moment of intense passion (often while under the influence), leading to a lapse in judgement.

Like any other hopeless romantic, I actually understand this logic. Intense feelings drive intense statements and actions. But just because I understand it doesn’t mean it makes sense.

Lighting a relationship on fire, however, is not my idea of love, and I’ve grown out of my hopeless romantic phase. I can now see this argument tactic more clearly for what it is.

The nuclear threat is an outburst of uncontrolled emotion. It’s as far as she could go without threatening to kill me (which happened in a different relationship). It’s an attempt to willfully inflict psychological pain. It’s an emotionally violent threat.

There are more productive ways to express anger and frustration than destructive threats. Specifically, addressing the root issue of the conflict in an open and transparent way.

The girl who cried wolf

We all remember the story of the boy who kept raising false alarms about a wolf threatening his sheep. When the wolf came to ate him and his sheep, the villagers didn’t help him because they expected another false alarm.

When the nuclear threat has been used against me in times of emotional distress, it tends to happen again, and again. It became a pattern. If the anger level reached a certain point, you could be certain that the threat of termination was lurking right around the corner.

Using this threat repeatedly is unproductive for two reasons.

First, a breakup threat is painful. When you think it’s real, it hurts. You play out what that means in your mind. You think about never seeing her again. You consider what needs to be returned and how your routine will change.

In this particular case, my ex often had disproportionately large reactions to minor perceived slights. One wrong word in a text message could open the doors to an intensely volatile argument.

After the first two times the threat was used, I had begun to walk on eggshells for fear of setting her off. I was no longer free with my words. I felt hesitant to express how I felt. I was constantly on edge. It made me close down and become defensive in order to protect myself.

Second, I became desensitized to it. That may sound contradictory, but it’s not. Even if you know that the breakup won’t actually happen, the violent emotions of the experience and nasty words can still cause pain.

Since I knew an apology would eventually be around the corner, I began to withdraw until she calmed down. This only led to more problems.

At its core, the nuclear threat is intended as an emotional plea for attention, affection, agreement or compliance. By shutting her out, I was withholding the target of her anger. My non-responses to her angry texts and avoided calls only stirred her up more.

Avoid the issue and escalate

I call the breakup threat the nuclear option primarily because it is the tactic that cannot be exceeded. It is the final play in a back and forth escalation. In an argument, it is the comment that cannot be surpassed.

As I’ve noted, my experiences with nuclear threats have come mostly during highly charged, emotionally volatile situations. When it was pulled out of the arsenal of incendiary remarks, my exes usually did it impulsively and without careful thought in a desperate last-ditch effort to change the power dynamic.

One ex in particular would use it when she felt hurt or slighted or annoyed by something that I had done. She often used these words to inflict psychological pain, but she never really meant them except to get back at me.

Problematically, she was not good at expressing herself when she felt hurt by something that I had done. Instead of exploring the root cause of her pain so I could understand what had been so upsetting, she would just lash out, which would only make the situation worse and led to no resolution.

As someone who feels intensely and is highly empathetic, I understand that it can be difficult to express oneself during extreme emotional pain. That said, I would never threaten nuclear fallout because I know the pain that it can cause the other person.

In addition, I’m never going to help the other person understand and enable behavior change if I don’t confront the root cause of my pain and explain why it was so upsetting. Essentially, lashing out with nuclear threats was self-defeating to my ex in two ways.

First, her attempt to discharge negative emotions completely avoided the core issue. Second, the intensity of the emotional outburst resulted in me shutting down emotionally. Neither results in desired behavior change.

Manipulate to get her way

Now that we have those other descriptions out of the way. Let’s get down to the medium rare, tender bone-in filet.

If you’ve experienced the nuclear threat yourself, then you know that they can come with an ultimatum attached. In other words, if you don’t do what I want, then I’m going to blow the relationship up.

My exes used this to get their way, to force me to comply with their demands “or else.” Any way you slice it, manipulation is what sits beneath this tactic. This is the pure unadulterated truth in every case.

I am a strong willed person, who has a tendency to argue my point (exes would likely call this the understatement of the century). To win an argument or force compliance with their demands, they used the nuclear option to intimidate me into backing down and submitting to their will.

Manipulation and forced coercion is a pretty shitty way to get what you want in a relationship. While they tended to get what they wanted when they used that tactic, it often left our relationship irreversibly damaged.

After seeing me back down and cave to her demands and point of view, one ex realized that she could use this tactic whenever she wanted to get her way. So then what did she do? She used it over and over and over.

Do you think that made me want to get closer to her and build toward a long-term relationship? Absolutely not. This cold-hearted manipulation tactic made me close off my willingness to be vulnerable with her and begin to emotionally disconnect myself from the relationship.

When faced with a nuclear threat, you have two options. You can either comply with the request or play along with the breakup.

If you comply with their threat and give in to what they want, you can be sure that your significant other will use this tactic again in the future. I’ve learned this the hard way— suddenly every other weekend became a new Cold War.

The other option, of course, is to play along and agree to break up. This is the aggressive way to play it, and your partner is usually not expecting you to call their bluff.

This approach will force them to reel their aggression back in or, alternatively, end the relationship. In other words, you have to be prepared to break up if you take this path. That said, you can usually tell the difference between someone who just needs to blow off steam in the moment and a real threat.

There is actually a third option, which is to call out the threat for what it is: a manipulative communication tactic. Trust me, you don’t want what’s behind door number three.

Is it worth it?

You’re probably not in a healthy relationship if your partner is continually dangling their nuclear passcodes in your face. It’s a sign of instability, which is unlikely to change.

Not only is an issue below the surface intentionally being avoided, your partner believes that it is appropriate behavior to threaten to inflict maximum emotional damage in order to get their way.

Ultimately, you have to ask yourself if you’re willing to be with someone who uses immature and manipulative tactics when they get mad. It’s likely not a matter of if but when the nuclear threats come out again. 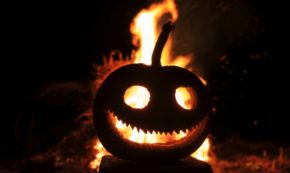 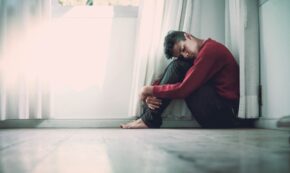 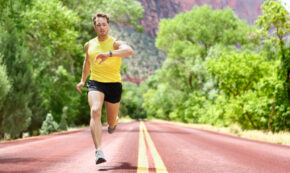 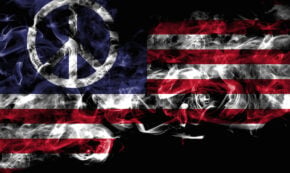 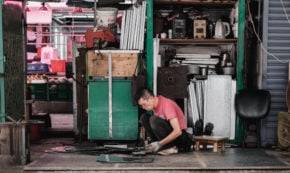