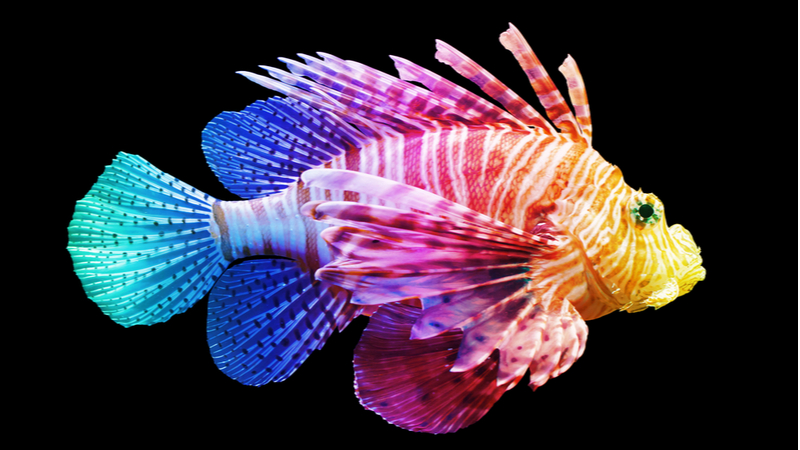 In today’s age, being different can mean meeting with a whole lot of resistance. We are put into a system that breeds mediocrity, essentially put in a funnel to where we are supposed to do what the higher-ups tell us to do. We are supposed to do our t’s and cross our i’s in a way that puts a smile on the authority’s face. If we don’t do so, we are frowned upon. For youth in school, that frown is usually in the form of a bad grade, or a call home to our parents. These things affect with a young person’s psyche. This system is flawed. Maybe it worked better back when the only way to make it in life was to become a professional. If you did, you would work for one company for 30-40 years, and get a gold watch when you retire.

Nowadays, this just isn’t how the world works. The meaning of education in itself is to draw out from, but the school system as we know it has done the exact opposite. We are not encouraged to utilize our brain to formulate our own postulations and answers. We are simply given a bunch of data with only ONE answer to the questions we are asked. No creative thinking, outside the box of a black and white grading system. The backbone of the school system does not support the creative expression of the individual. They are, without even knowing, creating people who are essentially good order takers.

In order to do well in life, we need to lead. Not in a sense of exerting power over others, or creating followers. We are meant, instead, to take charge of our own life. Especially with the world changing so rapidly, we need to be more inclined to think in vast colors, the exact opposite of black and white.

We need to tap into our strengths and do away with trying to get better at things we aren’t passionate about, which is so often seen in the school system. We need to redefine the box they tried to put us into, essentially obliterate the walls of that box. Doing this would give us the freedom to expand to such an extent that we tap into the ultimate expression of our true selves. The reason we are meant to be on this earth.

We were taught to play small, which goes against our genetic code. We were born to win and wired for greatness. In order to reach our destiny, we need to embrace being different; no more following the crowd because it is safe, which is a survival mechanism that goes back to the caveman days: If we didn’t fit in, we were kicked out of the cave, essentially putting our lives at risk and most likely dying as we would lose our power of being one with a larger group. Alone, facing the elements, animals bigger than us and hunting solo, our survival rate dipped very low. Those days are long gone.

Embrace being different as this is where innovation happens. People will first see you as dangerous or crazy, but history has shown that when this happens, the person is crazy or about to make history. Steve Jobs, The Wright Brothers, Roger Bannister. These were all people who challenged the accepted norms. Because they went against the grain, they just happened to “make a dent in the universe,” as Steve Jobs would so eloquently say.

So from this day forward, see yourself as the pioneer of your own life, doing away with the need to walk the straight line. Let go of the beliefs instilled in you by others to be, do, and act the way they want you to and give yourself full permission to play all out. Be drastically different, which will essentially give you the ultimate freedom to be yourself. By being yourself, you will begin to truly know thyself, the ultimate test we must all face. When we finally do so, we liberate our souls to know ultimate happiness.

3 Tips For Making Being Different Your New Norm

When someone gives you a dirty look, scoffs, or blatantly calls you out just for being different, they are living out of an outdated program that has been ingrained in them throughout their lifetime. If anything goes against this program, they automatically feel the fight or flight: something is off. When we enter fight or flight, we either attack or retreat.

Most people will react by squashing your differentness down. They are living in past conditioning about what they have been told is normal and not normal. Give them grace, but see it as an indicator that you are on the right path. Most people within a subculture are conditioned to be the same, do the same, and act the same. So, when you behave differently, you will get uncomfortable feedback. Just as with sheep, however, if you are doing everything everyone else is doing, your probably being lead to slaughter.

You can never realize your dreams and goals when you are playing off of past conditioning. Simply take their criticism with a grain of salt and don’t let it deter you from letting your uniqueness blossom and come to fruition. Use it as a precursor to sinking deeper into your different identity.

#2 Praise yourself for acting different.

First, innovation is simply frowned upon, then it is accepted and, soon after, it is emulated. This happens too late, however, as the emulators end up just looking like copycats. Know that you are on the precipice of identity breakthrough and what is validated and rewarded is repeated. Thoughts that fire together wire together. Couple praise with thoughts of being different. Doing so will internalize a reward system when you act different, based on your true, inner identity. The more you do so, the more these thoughts will be driven into the subconscious. Hence, acting in your new norm will become more subconscious. You will just be in a self-accepted form of operation without thinking about it, simply being OK with being different.

#3 Recognize different in other people.

The more we see people being, doing, or having something we want, the more we feel we can have it. It gives us permission to be, do, or have. Recognize it. Bless it. Never be jealous of someone else. To do so would not be operating from a place of certainty and acceptance, and you, like the person scoffing at the “different” in example #1, would be operating from your past conditioning. We can never manifest authenticity by acting from the past.

So by blessing it, your vibration field widens. It also lets you attract better things into your life. What you give out in this world, it must come back; it is a law of the universe. Givers gain.
So if you are giving someone the freedom to be different, you are essentially giving yourself the freedom to be different. You are also broadcasting with your energy field, that you are very OK with that which is different. Again what you give out must come back, so you will get others in your experience to embrace your differentness, which will give you more encouragement to be authentically different. The world will see you as different and continually reinforce the fact that it is perfectly OK to be the different you that you were created to be.

Conclusion To Being Different

No one is ever remembered for following suit. Instead, it is the rebels, the mavericks, and the “lunatics” we remember. The people who leave a legacy embrace their individuality. They are OK with not coloring within the lines. They are very OK with going against the grain, and they live a life of authenticity. Taking off the mask that conditioning had originally placed on their face, they burn it in the fiery pit of their own authenticity until what’s left is the ashes of their old self blown away with the wind, never to be seen again. Just as the phoenix rising from the ashes, the authentic, different self emerges anew, and a much more beautiful form walks the earth, completely transcended.

I am extremely passionate about personal development and reaching peak performance in my life. And because of it, I want to transfer this passion into my readers experience.

I have read over 200 personal development books. With the pure intention of reiterating what I learn into blog content that hopefully can deeply impact my readers. To be more, do more and have more. And ultimately become the best versions of themselves. Transforming their world, and the world at large, forever.

I can be found at: personaldevelopfit.com/healthy-habits