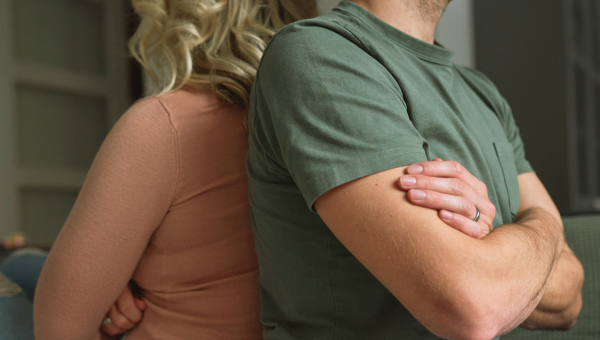 Double standards in relationships – How They Destroy Intimacy

All partners in intimate relationships are bound, at times, to say and act in ways that distress and disappoint the others, especially when they are in the middle of conflicts.

This is how it works. Partner A, feeling as if he or she is feeling cornered and losing ground, “flips” the interaction to get partner B to let go of the argument at hand because of the need to defend the new challenge.

“People cant handle the truth unless you speak to them with a mirror.” – Lakia Echols

Here are some examples of an effective “flip” statement:

“You’re driving me crazy with your nitpicking.”

“What about you? You just spent all morning telling me how I didn’t treat your friends the way I was supposed to.”

“You don’t seem to have any trouble doing whatever you want to.”

“Good maneuver but it won’t work. You are the biggest example of selfishness I’ve ever known. “

“Why don’t you look at the way you blame everyone but yourself.”

“Well, what are you doing right now? Aren’t you blaming me? You’re twisting the truth again.”

In intimate relationships, partners who use double standards to win an argument manipulate the others by getting them on the defensive so that they lose sight of what the argument was about. When “flipping” becomes the standard strategy, both partners are likely to get meaner, turning the double standards into wipe-out statements and character assassinations.

“People are quick to judge, but slow to correct themselves.”

“You’re needed for trying to look superior is extremely unattractive.”

“You always need to have the last word, don’t you?”

“Okay, Mr. Know-it-all. Go ahead and try to pull rank. You won’t stop until you win. You never do. At least I’m willing to listen and compromise.”

“Just face it. You’ll never convince me that you have your finger on the truth and I’m just living in a fantasy world.”

“Don’t pretend to be fair. You know you’re basically not. Why don’t you Just admit it?”

Couples who want to leave these dangerous and destructive interactions must be able to recognize them as soon as they happen and stop using them immediately.

Some are quite subtle and hard to recognize, while others are intentionally mean. But all of them, unstopped, will eventually destroy any trust the couple once had between them.

Though the following are by no means inclusive of all the ways relationship partners use double standards, these five examples might help you identify them in your own relationship.

Sometimes people are just not aware they are using double standards to win a dispute. For instance, a partner challenged for spending too much money on “frivolous” things, might rationalize those same rules for themselves, citing that their ways of spending money are obviously more legitimate. Or, one partner sees working long hours despite being away from the family has more honor than taking time for a pleasurable hobby, though it affectively causes the same outcome.

Parents regularly tell their children not to yell or threaten each other, while not modeling that same behavior in their own relationships. One partner sees himself or herself as necessarily shifting priorities while accusing the other as being a procrastinator.

The similarities are evident. When accosted, change the rules in favor of the challenger.

“A great relationship is about two things, first, find out the similarities, second, respect the differences.” – unknown

When attacked or threatened, partners are more likely to use double standards to defend themselves. They don’t like the way they look in the mirror of the other partner, and “smash the mirror” by holding up one that will make the other defendants in turn. The escalating spiral of repeated attack/defend maneuvers soon destroys any capability for them to resolve their situation.

“You promised you wouldn’t drink that much again. Why do you keep doing it when you know you shouldn’t?

“Well, what about you constantly telling me you’re going to lose weight? Are you any better?”

“This is the third time you’ve made that promise and just forgotten about it. You only do things when you want to. Why don’t you just admit it?

“Like you always keep your word? When’s the last time you initiated sex?”

Most people automatically defend when they feel exposed in ways that make them uncomfortable. In quality relationships, both partners know which vulnerabilities are embarrassing or too vulnerable and are careful to never use them, even when fighting.

Unfortunately, some partners break those commitments when they feel threatened. They would be equally upset if the others ever did the same but may be unable to tell that promise when feeling cornered.
Here are some examples:

“You may think that you know everything, but don’t forget that you had to drop out of school because you couldn’t hack it.”

“Maybe I bore you because you always got tired of your other partners and blamed them for why you left. You told me that you think there’s something wrong with you.”

“I know I should never have brought up that time you were arrested for shoplifting, but you were so clueless and mean about how I’m always losing things.”

“In a relationship each person should support the other; they should lift each other up.”- Taylor Swift

In relationships that are continuing to lose a trusting connection and building animosity, one or both partners are likely to rationalize their use of double standards as “necessary” to stop the other partner’s threats. Because they know each other well enough to realize where they can gain an advantage, they may begin use that knowledge recklessly when fighting.
Here are some examples:

“You have nothing to back up that story. You’re just making up lies to gain an advantage.”

“I’m making up reality? That’s really a stupid statement. You’re the one who told your mother that you don’t drink anymore, yet you still stop every night at the bar before you come home.”

“You’re giving advice to everyone about how they shouldn’t eat sugar, but you pig- out on ice cream every night. You’re such a hypocrite.”

“You’re calling me a hypocrite? You told me how you’ve ripped off your friends and never told them. I’m the one who changes the rules when it’s convenient.”

When the Use of Double Standards is Intentionally Mean

“Real magic in relationships means an absence of judgment of others.” – Wayne Dyer

When double standards are regularly employed as intentional weapons, they are intentional, focused, and intended to disempower and destroy any reasonable argument on the other end of them.

In these kinds of relationships, the balance of power is typically in favor of only one partner, who sees him or herself as the only “thee keeper of the truth.” The moment any disagreement begins heating up, that dominant partner rapidly uses whatever he or she can get the other to feel self-doubt.

Those that maintain that dominant posture are often charismatic or narcissistic by nature. Sadly, they often attract partners who allow them to use double standards to control them.

Here are examples of how they sound in conflict interactions:

“Remember, I get to make all the decisions. You’ve told me that you can’t do anything right and everything you touch goes wrong, so just stop offering your opinion because we both agree it doesn’t matter.”

“You wanted me and this is who I am. I need freedom and I’m going to do what I want, whether you like it or not. You don’t have the same privileges because you need me more than I need you.”

“Of course, there are double standards in this relationship. You heard me, so don’t try to change the deal. If you don’t like it, then get out.”

There are couples who stay in these relationships for many reasons that others might not understand. Perhaps the overall situation is worth it to them. Maybe they are playing out childhood relationships or actually are intoxicated by the power differential. Or, they may be staying in the relationship to protect others or feel they couldn’t do any better elsewhere. Though their plight is painful to watch, they feel trapped and obligated to endure it.

There will never be a relationship where power and influence are always equally shared, where authenticity is always expressed, or between people who are always fair in every situation. Yet, people who love and respect each other can strive to make their relationships as equal and just as they possibly can.

Yes, all couples will, at some times, employ the use of double standards to gain an advantage. But, the more a couple can be honest about when and why they manipulating each other that way, the more they can face their real underlying needs and ask for what they want more directly.

I’ve never known a relationship that didn’t get better when the partners identify, recognize, and stop these double standard maneuvers. And, even though there are no intimate partners who can be respectful and fair to each other at all times, those who are able to leave double standard behaviors behind, rapidly increase their trust in the mutual integrity of their relationship.

Here’s an interesting video that you may find helpful:

“Let’s not have a double standard. One standard will do just fine.” – George Carlin

We need to identify our own faults and mistakes when things turn bitter in a relationship before we can start pointing fingers at our partners.

Double standards in a relationship are never acceptable and both partners should take equal efforts to make things better. Once you become aware of your own intrinsic thoughts and notions about dating, love, and relationships, you will feel a strong inclination towards changing your perspective regarding the romantic relationships.