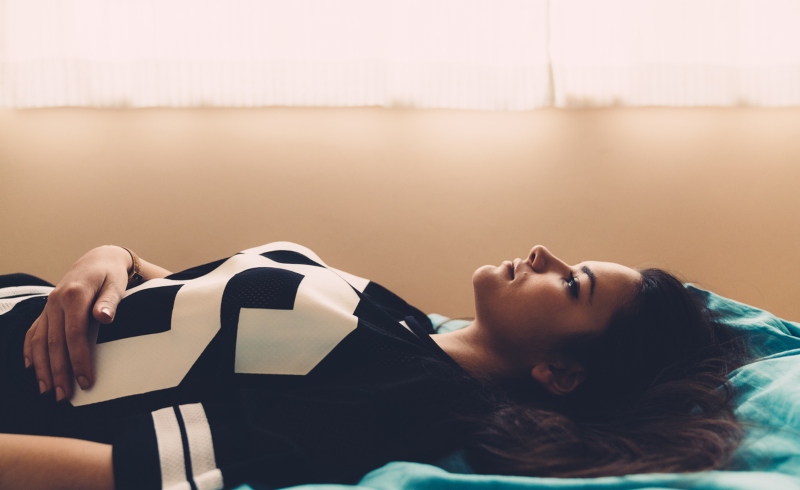 It started with a disagreement. My feminist husband insisted that “girl” was the same as “guy.” I said it wasn’t. My 6-year-old son chimed in. He didn’t like the word “woman” because it sounded like a monster. They were no help at all. Add the fact I have often been known to call a group of people “you guys,” and hang out with the “girls,” and I wondered if I was fighting the losing fight. Isn’t it all just semantics? Or is it?

Why is it that a group of women in their thirties can be referred to as “girls”? What is the difference between a group of 6-year-old girls and a group of mothers? The pre-pubescent, the teenagers, the post-college women, peri-menopausal women . . . how is it that they can be called “girls”? Am I just nit-picking? And why don’t I hear other people talking about a group of 40-year-old men as “boys”? Or, “I’m dating this 35-year-old boy”—unless a man is truly acting juvenile.

Why should we care? The answer is simple. Is this the society you want your daughters to grow up in? What about your mothers and partners and sisters?

In a previous piece I wrote called “Soul Pancake Viral Video Gets Many Things Right and a Few Key Pieces Wrong,” I begin to address some of the issues I see around why people (not just men) refer to women as “girls.” As I began to dig in more deeply, I realized just how deep the rabbit hole goes and how important it is we examine this in light of how women are treated now as well as the future generation of girls.

The sexist gap in the English language

Some might say it’s about semantics. Perhaps “girls” is the same as “guys.” Perhaps it’s a gap in the English language, which is true. Casual terms for “men” include guy, dude, bro, bruh, buddy. Where are the casual terms for “women”? “Gal”? Why are there so few, and what happens in their absence? In this case, the word “girl” fills in the gap. Etymologically speaking, “girl” means “female child” or “young unmarried woman.” However, using it as a casual phrase is problematic.

In The Online Slang Dictionary, there were 206 words for “woman.” 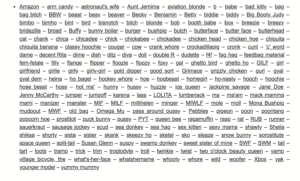 In that same dictionary, there were 75 for men.

The difference between them is stark as the overt and negative sexuality of “woman” stands out. From “arm candy” to “cougar” and “crank whore” ending with “yummy mummy.” The words for men: “babe magnet,” “ladies’ man,” “Restroom Romeo” and “what’s-his-face.” Why are there so many negative slang words for women and so few for men? Why, in the midst of it all, is there simply not a good casual word for “woman”? (Some might say “dude” is a good catch-all phrase for everyone. To that point, I say, really? Really? “Dude” is not gender-neutral. Nor is “guys.”)

In a recent article I wrote, one comment I received was that the person thought I was a “man” when he began to read the piece, but then he realized I was a “girl.” Unfortunately, I think this kind of sexism is commonplace. How is it that we can so effortlessly switch from referring to a writer as a “man” but not a “woman”? Would he have considered the writer to be a “boy”? How is it that he–and so many others—slip from one word to the other? Is it just a casual slip of the tongue? A mere mistake that continues to propagate? A “man” was writing the article, but now a “girl” is? I’m 45 years old. A mother. Married for a decade. At what point am I a “woman”?

At the same time, I doubt that’s the core issue here. I think the casual use of “girl” is pervasive, but its pervasiveness is more insidious than I had previously thought.

I can understand why women would want to be called “girl” far beyond the age of 18. Older women face a difficult time getting jobs, according to a study done by the Federal Reserve Bank of San Francisco. Economists created 40,000 fake applications and submitted them. The older the woman, the less likely she was to hear back from potential employers, the study found.

Furthermore, according to Joanna Lahay at PBS, age discrimination actually starts at the age of 35. Thirty-five. Isn’t 40 the new 30?  Are we getting younger here, or simply caught in a paradox? On the one hand, women might want to hold on to their transitory youth, but on the other hand, they are discriminated for their age. Should we be holding on to our youth? If so, then do we give up the right to be called “women”? Do men ever have to make this choice around what they’re called? If so, I haven’t seen it yet.

Perhaps there is more to it. I can’t call living longer a bad thing.

In the 1900’s, white women might expect to live until age 49; black women had an abysmal expectation of 34 years. “By the year 2000, White women had a life expectancy of 80 years and African American women were expected to live to age 75.” Does that mean we could be called “girls” for longer? That youth has a longer lifespan and middle age starts later? Some claim “middle age” starts at 45 and goes until 65, so perhaps I’ve just entered into a period of time when I could be considered a “woman”? Certainly, I’m grateful for better healthcare and nutrition, but is the payoff of a longer life mean I also have to give up a hard-earned word and claim only a juvenile one?

The rabbit hole goes deeper when we probe the longer life and a longer sense of youthfulness. It’s called “youth culture.” An article in The Guardian explains:

The emergence of this thing called “youth culture” is a distinctly 20th-century phenomenon; the collision of increased standards of living, more leisure time, the explosion of post-war consumer culture and wider psychological research into adolescents all contributed to the formation of this new social category defined by age.

Youth culture brings music and fashion, all manner of hairstyles and politics to the forefront. It used to be that it was “for the kids,” but with the internet, generations don’t necessarily stand out that starkly. I am interested in so many aspects of culture that used to part of this designation. It is the vibrant blood of society, and I won’t let it go. It is the reason there is a “forever youngster” culture amongst baby boomers as well as the thriving anti-aging products which predict to take in $216.52 billion in 2021.

My parents are part of this culture as am I. Women like me are making efforts to stay younger longer, so perhaps a youthful nomenclature is one piece of the puzzle. If we are trying to look younger, act younger, then why not be called something younger?

The impact of age in dating

Apparently, it just might be. In this report based on OKCupid findings:

As you can see, a man, as he gets older, searches for relatively younger and younger women. Meanwhile, his upper acceptable limit hovers only a token amount above his own age. The median 31-year-old guy, for example, sets his allowable match age range from 22 to 35 — nine years younger, but only four years older, than himself. This skewed mindset worsens with age; the median 42-year-old will accept a woman up to fifteen years younger, but no more than three years older.

So where does this all leave us?

In the proverbial mush pot. This sexism is a gumbo of sorts. Include places where language fails us, where women are sometimes so willing to be called “girl” that it has become uncomfortable to call them “women.”

Imagine growing up in a society where women—your daughters and mothers and partners—are not considered to be leaders, as evidenced by this study where the vast majority of people, when asked to draw a leader, drew a man. This goes way beyond the use of the word “girl,” but when we refer to grown women with years of experience as “girls,” we have a hard time imagining them as leaders in a community.

Take into consideration how women are sexualized if they’re younger (but not too young), desexualized if they’re older, how we ourselves are living longer but also holding on to youth, and we’re left with a mess. Perhaps we need to start approaching it the way Bustle Magazine has, leaving us with 13 awesome words we could use to call women. My favorite? Doyenne.

“A doyenne is the feminine version of a badass leader who possesses the trifecta for power: seniority, authority, and rank.”

Now that’s a name I can get behind, and maybe you can, too.

Doyenne sure is a word I can get behind, even if I don’t always feel powerful or badass. Like your son, I have never been a fan of the sound of the word “woman.” It just sounds. . . unpleasant. Regarding living a longer life I almost immediately thought of the Asari in Mass Effect (a relatively popular video game in my house). The Asari live to be up to 1000 years old and the first 350 years of their lives are referred to as “maiden” (it’s a mono-gender culture) stage. During this time they are “girls”. Maybe we’ll evolve… Read more »

FacebookTweetPinEmailShares708
wpDiscuz
1
0
Would love your thoughts, please comment.x
()
x
| Reply
Share this ArticleLike this article? Email it to a friend!
Email sent!