When arrogance cools the flames of passion, humility is the antidote.

We’d been married three years. Things started to go wrong on our honeymoon. I blamed my wife and continued to blame her for almost everything that went wrong after that.

It didn’t take long for the passion that drew us together to cool off. We could be in the same room, but our hearts were miles apart, separated by a wall of ice that grew thicker every day.

For me, spending time together felt like an obligation. When I got home from a day at work, she wanted to talk or go walk together. I preferred to turn on the TV and tune her out.

We argued. We said things that hurt. I’d lose my temper and throw things. Sometimes I’d hit her.

I Discovered a Big Problem

We both knew that if this continued we’d end up divorced. She asked me to go to counseling with her.

I’d been trained as a counselor. In my “professional” opinion, she needed help, and I didn’t. But she made it clear that our marriage wouldn’t last if I didn’t cooperate.

I don’t like ultimatums. But I didn’t want the failure of our marriage to be blamed on me. I agreed to go along.

We found a counselor we could be comfortable with. We spent time with him individually and as a couple. As we opened up about our marriage and how we felt about each other, I discovered I had a problem with arrogance. It wasn’t the only problem, but it was a big one.

I’d figured by my calculations that I knew better than my wife on several subjects. In sum, I thought I was superior to her. Being “smart” gives a man advantages in a lot of situations, but when it’s accompanied by an arrogant attitude, it doesn’t score us any points in marriage.

I needed a new attitude. I needed humility.

Men can over-estimate their prowess. We can puff ourselves up like a rooster (perhaps you’ve been called cocky). Our talents can demand attention that wins promotions, awards, and applause. But when we mistake our appearance, our popularity, our knowledge, or our skill for the sum of who we are, we can become arrogant.

Character is what matters. Our character is revealed by the pattern of our actions, especially toward the people who are closest to us.

Humility is a valuable, but rare, character trait. Most men aren’t born with it. Researchers have discovered that humility’s greatest value may be its ability to help us form strong social bonds in romantic relationships. We need to develop humility if we want thriving, lasting love in a marriage.

Humility produces a generous love that doesn’t insist on having its way. Putting arrogance and ego aside, love that includes the virtue of humility can kindle a smoldering marriage, thaw the icy heart of a spouse whose love has grown cold, and re-ignite smoldering flames of passion.

The Antidote to Arrogance

Humility is the antidote to arrogance.

When I realized that my arrogant attitude had injected poison into my marriage, I decided to try practicing humility. Humility and Arrogance can’t fill the same space. I put my ego in check. I developed a more realistic view of myself and my place in the world.

Practicing humility was like strengthening a muscle. I had to exercise it. For my “workout” I worked on seven habits of humility. I used these with my wife:

I was purposeful in practicing these around my wife. I’ve continued practicing these for over twenty years. These habits have made my humility muscle stronger, but even now I have moments of relapse into arrogance. The point is to keep working at it because it works.

The more I practiced these habits, there was less coldness between us. Our relationship warmed up. The fire that fueled our passion for each other was rekindled. Practicing habits of humility together with other good habits is keeping my marriage hot.

If you see signs that your marriage is growing cold, take a look at yourself. What part is arrogance playing in cooling the flames of passion in your marriage? Which of these habits of humility do you need to practice more often?

Jon is a teacher, coach and counselor helping Christian men discover lasting happiness and holistic healing so they can thrive in life, love and work. Follow this link to see if you're ready to thrive and get a free gift. Jon blogs weekly at www.jonbeaty.com.

Jon,
I love your openness, honesty, and willingness to share the messy parts of your story. You have a powerful testimony of God’s healing and grace. And I love that you are addressing the difficult issues. These are topics that we need to discuss more often in our churches. I’ve got plenty of struggles and challenges of my own. Hearing how others have made it through trying times and come out better on the other side, always brings me hope. Thanks for posting this!

Um…did you just gloss over the fact that you use to hit your wife? Getting “passion back” should have been secondary to NOT HITTING ANOTHER PERSON! I think it goes beyond arrogance and superiority to blame thinking you were more emotionally capable as a counselor, while ignoring the fact that you have anger management and physical/verbal abuse issues. Hope you sought help for that too and will never lay a finger on another person again. This article could have contained a lot more contrition, for my tastes, after the opening statements you made.

Danielle, There was no intent to gloss over the fact that I used to hit my wife. My hitting her was inexcusable. I did have an anger management problem, for which I did get help, after which I never hit her again. That’s a topic for a future article. You were right to call that out. 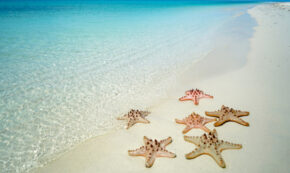 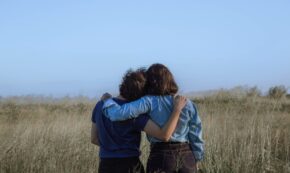 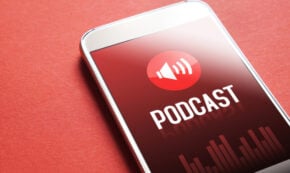 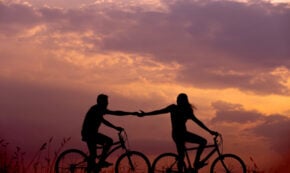