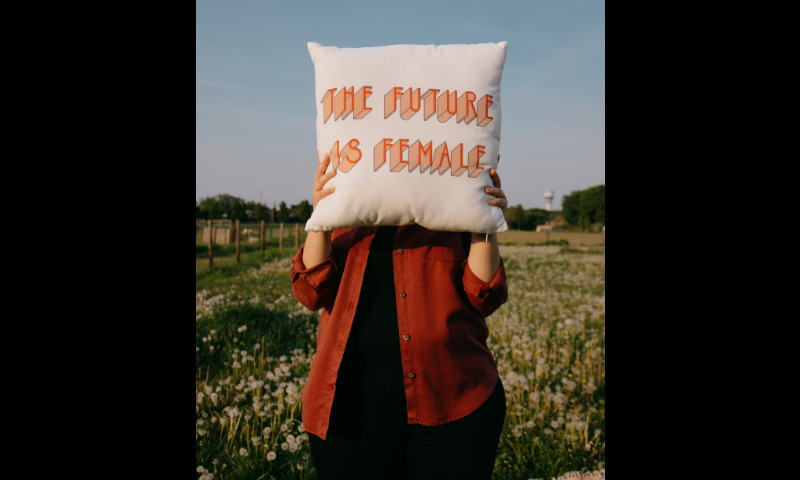 Throughout this article, I have added quotations about women from unknown sources. I felt it was an appropriate symbolism to represent women’s uncredited roles in our society and lives.

A strong woman is the one who can dare to raise her voice for the cause she believes in, and this strength lives in a corner in every women’s heart, it just needs to be searched. — Unknown

A strong woman is many things and fits many roles and definitions.

I grew up around strong women. I don’t know if they thought of themselves as strong. Perhaps some of them did. They had their flaws, as we all do — some thought of these flaws as weaknesses. But the women from my childhood were stronger than they imagined.

A woman in any form shall be celebrated and honored, be it, a sister or a wife or a mother or any other form. — Unknown

My paternal grandmother lived in a remote and frigid part of this country as a first-generation American, her parents having immigrated from Yugoslavia. She had ten children and two miscarriages. My grandfather died of a stroke, leaving her with all of the children. My dad was a young boy and a shithead from the sound of it. She raised him, and the other nine, on her own with help from close family. She’s still tough as nails.

My maternal grandmother was the victim of extreme physical abuse at the hands of my grandfather. She lost her leg from a gunshot wound, and she had dentures because of the abuse. I remember she was fierce to anyone who got on her bad side, but she adored me. I could do no wrong in her eyes. She was the sweetest grandma to me. Also, tough as nails.

Her daughters — my mother and aunts — were the best mothers to their children, even as they struggled, quietly, for years with the abuse they grew up with. They observed their parent’s alcoholism as well as experienced the abuse and neglect that stemmed from the environment in which they grew up. They made sure to do what they could to protect their children from the negatives of their own childhood experiences.

In the face of odds that are all too familiar to too many women, these women made their way through the muck because of their mental and physical strength. And they did it with grace and humanity, as so many do.

Man endures pain as an undeserved punishment; woman accepts it as a natural heritage. — Unknown

It’s time we start defining women’s strength, not by the abuse and tragedy they have had to endure, though that too takes great fortitude. No, let us not ingrain the idea that strength is only born under the extremes one endures.

It’s time we start defining women’s strength by what they are capable of due to the power present inside of them. Their motivations and desires, their ideas, their intelligence. Much of which has been co-opted or waved away in many patriarchal-dominated societies.

I had mentioned previously that I grew up surrounded by strong women. I believe that served me well as I grew into a young man entering the world and the workforce.

Sometimes the best man for the job isn’t. — Unknown

I can’t remember a time where I’ve thought a woman was trying to bullshit me with bravado and exaggerations meant to inflate their own importance. I have plenty of experience with men doing that. I don’t react well to that style of “leadership.”

My own experiences have shown me that my bosses, who were women, were better communicators and left me feeling heard.

Outside of quantitative research and back into more qualitative and anecdotal methods, are we really going to sit here and deny the absolute allure of a woman who knows what she wants, who has a plan and a desire to execute it? A woman who deals with whatever comes her way and handles it like a boss.

My wife is that woman. Every day, I listen and hear her interactions with clients. I discuss and observe her plans, along with her ethical and dedicated execution of them. She has such a desire to be a good person and does right by everyone she interacts with daily.

So, I am quite immersed in and with a strong woman and her abilities. I enjoy being around her because her mind is fascinating. Her soul is unique. She is my equal and, quite likely, my better. She has wholly saved and transformed my life with her undeniably inherent strength as a woman.

But a woman is more than just her career or her relationship status. She is a complex being with dreams, feelings, and emotions. All of which are unique to the individual.

We must be careful in making sure that we recognize that being a strong woman doesn’t mean a woman is devoid of emotions. A strong woman, just like a strong man, is human and capable of the range of human emotions. A woman crying and showing vulnerability doesn’t mean she is weak or unpredictable. It means she is in tune with the full range of emotional experiences that we are all capable of feeling. Empathy and emotion are a woman’s strengths, not a weakness.

Conversely, just because a woman is serious and professional doesn’t mean she is an unemotional “ice queen.” She doesn’t owe you smiles or flirtation. She isn’t there to make you happy or to make you feel better about yourself. More than likely, she is focused and concentrating on about 20 different things. Let’s respect her ability to multitask and maintain professionalism without reducing her to an unemotional robot.

Women, from time immemorial, have fought for the right of others, now it’s her time to get her rights realized and get equal participation in the society. — Unknown

As I mentioned earlier, a strong woman is many things and fits many roles and definitions. The most basic one that I can think of is this: A strong woman is a woman doing her best to survive in this world where the cards are stacked against her. She often does double that of her counterparts for less money, acknowledgment, and praise.

We need to do better for women in our life and world. We need to see and support women because even strong women need someone in their corner.

Let us continue to celebrate women and their strengths, no matter where and how they choose to apply them.