Cold showers can be tough, I know.

One day, when I was a kid, I met that friendly neighbor just coming out of the hospital. My father was chatting with the man old who was talking about those days in the church camp when he had to shower with cold water every day. I remember the man telling my pops that he felt older only when he quit those daily cold showers.

I remember saying to myself, ‘Wow, I`d never do something like that,’ and that night, when I took a shower, I tried to dip into the cold water but I couldn`t, and I again, I thought I`ll never do it. But never say never. Here I am, (I`m 28 right now), I`ve been taking cold showers since I was 19 and I don`t think I`ll ever let that habit, which I sincerely love, slip away. Taking cold showers has so many benefits, and these are my top five.

1. Taking cold showers teaches you to be cool under pressure.

“A Cool Head” When I die, I`d love to have it written on my headstone.

When I was young, I was somehow rushed and aggressive —back then, I thought it was just me being “driven”— but, it hurt me more than it helped. I`d say the wrong thing in the wrong time, I`d lose my temper over silly stuff and missed many opportunities, and friends, along the way.
One day, a friend told me about a mantra he used while taking cold showers. He`d heard of Rudy Giuliani, the famous NYC mayor who was widely praised for his calm demeanor during one the 9/11 attacks. In a book that he wrote later, Giuliani attributed his poise and coolness to his father who told young Rudi the following words:

When things go crazy or get out of control, you become calm. In fact, you become the calmest person in the room. Go as far as to become unnaturally calm, and be so focused that everyone looks at you as the leader.

I used yoga and meditation to gain more self-control, but using this mantra while forcing myself to pull my shit together under the frozen water had helped me be calmer during problems, setbacks or crisis, and I think —if you make cold showers a habit— you can develop even a better poise if you —like me— have great appreciation for being a “Cool Head.”

I like to see cold showers as a way of practicing self-discipline Every. Single. Day. No matter how long you`ve been doing it, your mind will bring up all the reasons to why you shouldn`t shower every time you turn the cold water on. At this moment, you can smell fear in the air and the longer you wait till you take the plunge, the more that fear will rises. Dipping, however, into the cold despite that fear will be like a short rehearsal for how you`ll deal with fear outside the bathroom —I.e., your work, athleticism, and personal relationship.

I recently moved to Colombia, and if you`ve ever been to South America you’ll know that though they’re much fun, the women here are kind of ‘intimidating.’ It takes a lot of courage to take the plunge and ask out a foreign hottie who barely speaks your language. Each time I’m out in a bar or restaurant, and I’m faced by the fear of asking a beautiful woman out, I remember my daily cold-shower practice and I tell myself, cut the crap and do it anyway.

When I first got my biggest career opportunity as a personal trainer. I had just received my certificate, and though I wanted to work at that huge gym in town, I was afraid I`d be rejected if I applied. By doing what daily cold showers had taught me to do —cutting the crap and doing it anyway— I emailed some former coaches at that gym, and thankfully, one of them gave a good word for me, and I got the job I dearly wanted.

When cold water hits you, your body reacts by increasing the blood circulation through your veins to make you feel warm.

Improved blood circulation means more oxygen to your brain and enough blood to your muscles and limbs which positively affect your physical and mental health —this is what makes you alert a few seconds after the cold water hits you. If not treated well, poor blood circulation can cause blood clots and heart attacks.

Ever saw Kobe Bryant taking one of those cold baths after the game? That`s because studies found that cold showers can palliate post-injury pains especially the ones that follow doing sports. In one case, a 28 y/o triathlete has been suffering from severe pain ten weeks after successful chest surgery. Painkillers couldn`t help him, and neither was practicing sports. It was only when he swam in the open cold water one day that his pains started to lessen intensely, as reported in the British Medical Journal (BMJ):

To his surprise, the young man felt no pain while he was in the water, but nor has he felt any since. His preoperative quality of life has been fully restored and he has resumed his usual sporting activities without further recourse to any painkillers.

If, like me, you exercise five or more days a week and want to avoid any future injuries caused by the lack of recovery, then you should seriously think about taking a daily, post-workout cold shower.

If you’re familiar with the term “Hydrotherapy —aka, Water Cure” then you must know that manipulating water temperature is used by therapists to treat painful arthritis of the joints and, in many cases, to lessen the weakness, numbness caused by Multiple Sclerosis. But, studies also found cold showers, (a branch of Hydrotherapy) can also be used as a natural anti-depressant.

When the cold water hits your skin, it stimulates the sympathetic nervous system causing a significant increase in endorphins and an anti-depressive effect without any notable side effects.
— 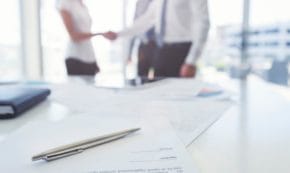