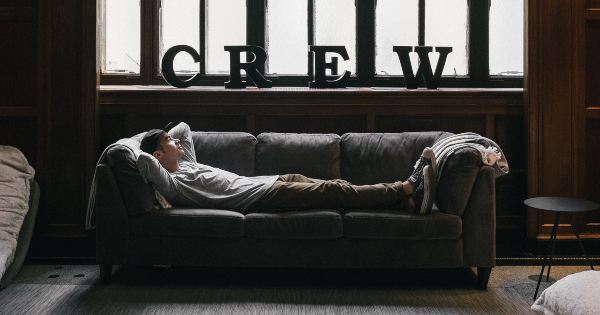 “I will always choose a lazy person to do a difficult job. Because, he will find an easy way to do it.” — Bill Gates

Just like Bill Gates, most of the successful men on this earth are advocates of laziness. Being part of the corporate environment myself, I too strongly agree that lazy people are often the most productive ones especially when we talk about the managers. While sloth may be seen as one of the Seven Deadly Sins, managers victimized by sloth are often the smartest.

Need to conduct a quick meeting? A lazy manager would rather stay confined within his cubicle and stick to an online conversation than arranging a face to face meet. He would stick to the easiest way out — to use an online collaboration tool. Instead of first informing everyone individually about the meet and then waiting for them to arrive, a lazy manager would always prefer to go online and get the meeting started. Such a manager is more likely to avoid wasting time and energy.

Lazy managers know that to make the cut, it’s the blade of the axe that needs sharpening rather than a hard swing. They have all the tips and tricks up their sleeve to take the efforts out of even the most tedious job. They might not get started on something easily, but when they do they make every single second of their time count. Such managers are great planners , because they know it will go a long way in cutting down the workload later in the process.

They know how to use resources wisely

Lazy managers don’t like the idea of do-overs and rework. To avoid reworking they try and get things done correctly in the very first go. They deploy the most creative resources to carry out the most difficult tasks, so there’s minimal need of any rework. Lazy managers value their resources whether they are human resources or tangible ones. They know their best resources and use them in the best possible manner to get things done right every single time.

They are expert in task selection and execution

Often laid back managers try to get the maximum work done while putting in minimum effort. Which is why, they are very selective in undertaking tasks. Let’s just say they are really great at recognizing the 20% work area that demands the 80% of the overall efforts (the Pareto principle). Or in simpler words, they know how to execute tasks in the best possible manner.

Multitasking is the last thing on the mind of a lazy project manager. They take one thing at a time, which naturally helps them to achieve perfection. This inadvertently proves to be one of the most productive traits needed for successful handling of projects, as studies have also shown that human brain is not made for multitasking.

They know the best tools available for managing projects

One of the core ingredients to make a project successful is to have the right tools for handling each aspect in them. Lazy managers know which tasks are best left on automation using software and which ones can need manual input. Since lazy managers try to minimize manual efforts, they are knowledgeable about the tools that can be used to produce maximum output.

They know how to get things done

Managing a project is an art. But to become adept at this art, you need people skills as well. That’s exactly what a project manager has to do i.e. get things done by others. An active manager is more likely to do a lot of micromanaging. But, lazy managers on the other hand let others do the tasks. That’s probably why lazy managers are likely to have the most productive teams instead of those who are always super active or frenzied.

They don’t interfere much in the work of others

The best project managers are always entrusting of their team members, which is why you won’t often catch them checking up on others after every single hour. Their laziness allows them to ensure minimum amount of interruption in other people’s work. This in turn allows the team members to live up with the expectation and achieve perfection in whatever they are doing.

Are you a lazy manager? Can you resonate with the points above? Would you like to share some other habits of lazy managers to the list that make them the best? Do share your thoughts!

Arjun is a freelance blogger who's been published on Founder Institute, Picreel Blog, The Digital Chalk, and YFS Magazine. Coming from an intense background in science and biotechnology, he likes to connect the dots between technology and real-life with his words.

END_OF_DOCUMENT_TOKEN_TO_BE_REPLACED

Facebook240Tweet1PinEmailShares241
wpDiscuz
Share this ArticleLike this article? Email it to a friend!
Email sent!