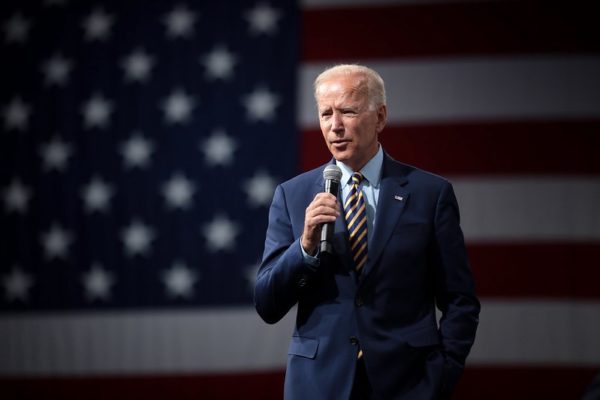 Medium has decided to push a slew of articles into my feed suggesting we can STILL replace Joe Biden as the Democratic nominee for President. We can’t. He won the election. Which makes him the nominee. That’s how elections work.

For the record, I’m a Warren Democrat. I get it that we need to move the party towards more progressive policies on a wide range of issues. But here’s what makes me a little crazy. There is ample evidence that the Democratic Party under Joe Biden is shifting progressive in dramatic ways. Read about Biden’s labor policy. It’s just one example of how that shift is playing out.

I’m Not Voting Until There’s a Real Greater Good.

I posted this response:

Respectfully, four more years of Trump and you won’t be voting any more. None of us will.

There is ample evidence that a 2020 Republican Congressional majority plus a Trump second term would usher in an authoritarian regime and end America as we have known it. America has never been what it needs to be, but this? This would be a white nationalist Armageddon.

Trump is halfway there, having packed the lower courts, brought the entire GOP to heel, subverted the Supreme Court and made the Justice Department his personal attack dog.

So, this gets real simple.

Kicking Democrats’ asses while a second term for Trump hangs in the balance, isn’t progressive. It’s an act of violence against people of color, women, LGBTQ people, kids in cages, COVID-19 vulnerable people, voting rights, the environment and everything else. That’s not a guilt trip. That’s a fact.

Instead, how about we close ranks, move the Democratic Party towards more progressive policies, and choose “damn right he’s good enough” over jackboots kicking down all our doors?

Later, you can get back to not voting, comfortable in the knowledge that elections are still happening.

Right on! I find it very disturbing that, within the party, this kind of division is taking place. Seems extremely ignorant on the part of Medium. Now is the time to rise up as one cohesive unit. You’re right – later, we can get back to our diverse viewpoints, but doing it now will serve one purpose only – a crushing loss for all of us.