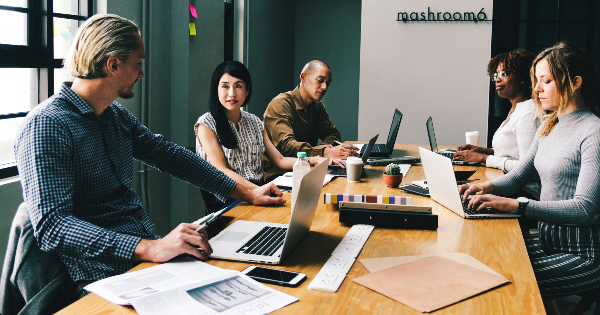 There are many reasons why people get fired from their jobs. Some are for valid reasons, and others are because a CEO, HR expert, or a manager saw a big litigation problem building up before them and they act inappropriately.

I will give you a personal example of how a person I know very well gave away their power in their workplace. This lady was experiencing sexual harassment at work. A male colleague would not take her refusal of going out on a date with him and began touching her inappropriately in her workplace. He remained adamant about dating her to her dismay and deep discomfort.

She was receiving unwelcomed sexual advances and verbal harassment of a sexual nature from this man, which the Equal Employment Opportunity Commission (EEOC) states is unlawful. She was concerned that she might get fired if she spoke up about her sexual harassment. It’s amazing how many people are uncomfortable going to their HR department for help. Please—get over it!

Some people think their HR department will not help them or they don’t trust HR personnel. Yes—they are often part of your management, but if you do not report a problem and follow-up with a clarifying email of the discussion you held with your HR personnel, you may be giving away your power!

I wrote an article earlier about “Should You Go To HR If You Are Being Bullied At Work.”

It doesn’t matter if you trust your HR department or not—it helps to create an email trail of documentation to support your claims of discrimination or retaliation. This lady kept hoping that her harasser would stop—he only got worse and more obnoxious to her!

Other people noticed the sexual harassment, and the next thing that happened was the lady was fired quickly. She was told that she was a bad employee, even though she had been a stellar employee for over a year in this company.

Was it fair to the female who had been sexually harassed for months? No. The leadership of the company could have addressed the matter fairly and appropriately disciplined the man for his behavior. The CEO of the company could have offered the lady some kind of rehabilitation, such as offering to pay for counseling services or other appropriate support. It appears that the leadership took the easiest and fastest route—they fired the female. She was not in a “protective status” with the EEOC or a similar agency.

Ok—would you really call anyone who acts in this way a leader? No, I would call them a manager of people. Leaders step up and act ethically—they lead and do not tolerate behavior that is unacceptable or violates employment laws. If this lady had filed a sexual harassment claim to the EEOC, with supporting evidence, she could have worked with a case manager on her charges. But—she hoped things would get better and took no action!

An employment or labor attorney could have taken on her case and advised her on her rights. When a leader of the company allows discrimination or harassment in the company, it sends a signal to all the employees that they are working in an environment of incivility and hostility. Things rarely get better!

When someone is being discriminated against in their workplace, it is illegal according to the Equal Employment Opportunity Commission (EEOC).

Bullying is not illegal in the workplace. However, retaliation is illegal if you file a discrimination case with the EEOC and you are punished for asserting your rights to be free from employment discrimination, which includes harassment.

Today, she is unemployed, miserable, but learned a very important lesson—take action and create a documentation trail to support her claim of sexual harassment.

Witnesses will often become scared to stand up for you because they fear they will be targeted. Documenting discrimination or retaliation matters may offer you a better outcome than hoping things get better in the workplace.

I encourage employees to contact an employment or labor attorney if they need legal guidance around employment laws but take action before it’s too late.

See more of my articles on workplace bullying and discrimination.

Photo by rawpixel on Unsplash

Facebook34Tweet2PinEmailShares36
wpDiscuz
Share this ArticleLike this article? Email it to a friend!
Email sent!