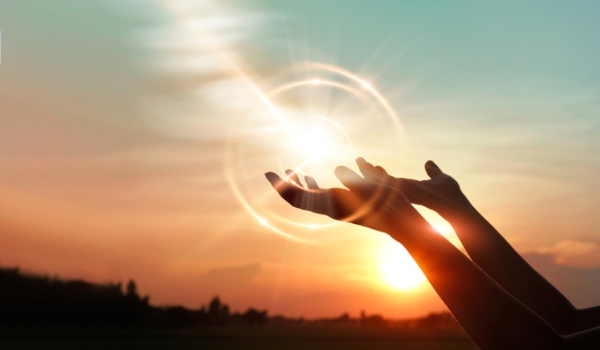 This year, 2019, has introduced me to my Wounded Inner Child and she was pissed. I didn’t think of myself as an angry person. In fact, I would classify myself as a fun, loving, caring, and giving person. I almost always have a smile on my face and I tried to give people what I wanted from them, in return. If I felt like I wasn’t receiving the same in return, I would suppress my negative feelings.

In suppressing those negative feelings, however, I became very resentful. The anger boiled beneath the surface and only came out when I felt like someone had pushed me to the point that they deserved a blow-up, I would explode. For many years, I didn’t understand that this wasn’t a healthy way to deal with my feelings. And, it also wasn’t good for my health to bounce back and forth between being calm and an emotional volcano ready to pour out all my feelings like lava on unsuspecting people.

This year, I did a lot of soul-searching as I faced challenges and losses. I began to understand that there was a child within me that was demanding attention and the more she didn’t get it, the more she was going to act up and act out. She was being destructive. When I didn’t feel safe, my Wounded Inner Child would resort to the tactics I used as a child to get my way. Most times, it was to self-soothe, withdrawal and find ways to get my needs met or to deprive myself of them completely. My Mantra as a kid was “If I don’t want it, then not having it won’t hurt.”

I was equally abusive to my Wounded Inner Child when she wanted to cry, I called her weak. When she wanted attention or affection, I hated her for wanting because wanting led to disappointment. It was easier to control her than anything around me. So, I would wrestle her into submission until she didn’t even try to fight anymore.

I can relate to the movie, US, where the “Tethered” lived beneath the surface, in the darkness and had been silenced. My Wounded Inner Child was suppressed and pushed down whenever she tried to remind me that I deserved love.

In relationships, we fall into our familial relationship patterns. It’s the opportunity to heal the wounds that were created as children. I didn’t understand it. In my first relationship, I was extremely docile and agreeable. Even when I didn’t want to do something or thought it was a bad idea, I would agree because I didn’t know how to speak up. I didn’t realize how passive I had been until I ran into the person I dated 10 years later and he expected to pick up where we left off. Then, I realized I had an opinion and my own way of living life. I wasn’t the doormat he dated as a girl. I was a woman who had been through some things and found her voice.

In the next relationship, I wasn’t the doormat. I started off being my co-dependent and people-pleasing self. But, instead of withdrawal, I came out swinging. I was finally ready to fight when I felt unheard, misunderstood or neglected. My Wounded Inner Child showed up a lot in that relationship either in the ego or in arguments. She was the coping mechanism when I didn’t want to deal with my emotions. I didn’t get consoled like I expected my tantrums to elicit. I didn’t get the parenting and attention I desired. I got emotional distance which was the exact opposite. So, I would abuse my Wounded Inner Child some more because her tactics seemed to cause the problem.

What I didn’t understand was that the love and attention the Wounded Inner Child was looking for wasn’t from the boyfriend, friend or even the parent. It was from me. I was the one who wasn’t accepting the Wounded Inner Child and the more I ignored my emotions or deprived myself of love, the more I deprived her of everything she has been trying to get since I was that age.

Finally, I realized I was the one who could give it to her. I stopped pushing her away and treating her with disdain. I embraced her and I allowed myself to feel the emotions. I healed all the ways I had been wounded and I made my inner child feel safe. I had to forgive myself for not recognizing that I neglected myself all these years while trying to find love on the outside.

I also had to see that the way I conducted myself in my relationships was to prove to everyone and myself that I deserved the love that I needed. Once my Inner Child and I were on the same side and feeling safe, there has been less destruction and less outburst in an effort to get attention. There is an inner calm. Now, when my inner child cries, I comfort her and listen to her because that’s really all she ever wanted. Sometimes, we cry together because I feel compassion for myself.

Facebook41TweetPin2EmailShares43
wpDiscuz
0
0
Would love your thoughts, please comment.x
()
x
| Reply
Share this ArticleLike this article? Email it to a friend!
Email sent!