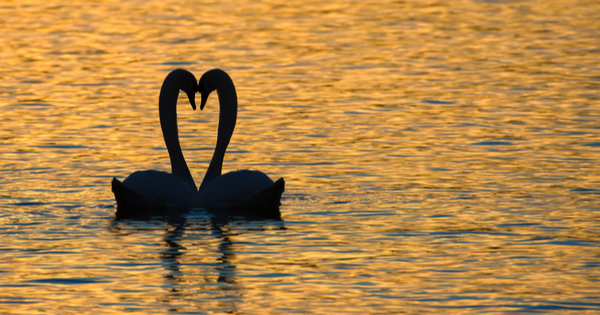 I’ve worked with individuals, happily married couples, people on the dating scene, marriages on the rocks, new relationships, poly-amores, and everything in between.

I wouldn’t say monogamous relationships are harder or easier to do really well than committed, consensually “open” relationships.

When I’m working with a couple we aim to make their relationship fantastic. With this as the focus they stop thinking of monogamy as an issue either way. Seriously, people who are in a fantastic relationship aren’t coming to me to discuss their struggles with monogamy. (Or non-monogamy.) It’s a non-issue.

That said, here is what we know about monogamy that works:

Working monogamy is monogamy in practice. It’s not conceptual. It’s not a personality type (as much as one might insist that it is). Monogamy is a relationship state. It means being monogamous to a real live human being, with all of their quirks and gifts and uniqueness.

What this means is, if you’re currently in search of your ideal soul-mate, your perfect match on this Earth…
If you left a partner who cheated on you…
In short, if you are not in a relationship…
Then I hate to break it to you: you are not monogamous.

Why? Because it takes a lot to connect with another human being. All the more so, to connect in a way that eclipses all others.

If you’re not actually in such a relationship — if you’re not doing what it takes to connect with someone at that level, grappling with the beautifully messy realities and complexities of human relating — I’m sorry but you have no claim to monogamy. There are plenty of people out there who are using their laundry list of ideals, monogamy among them, to avoid relationships rather than to get into one.

So get all up in there with someone. Then maybe we can have a meaningful conversation about monogamy.

Working monogamy is organic monogamy. Monogamy that arises spontaneously because the relationship really is that good. Where the thought of being with someone else draws a rather blank stare and a “…Why?”

Organic monogamy is descriptive rather than prescriptive. It requires no effort and draws little attention. It isn’t so much chosen or negotiated as discovered.

“Monogamy” is a convenient label for what you’re naturally doing, left to your own devices. Just as the Moon travelling freely through space orbits the Earth. There’s no resisting temptation because there isn’t anyone funner, sexier, more attractive, more alluring, or better in bed than the one you’re with. There isn’t any wandering because there isn’t anywhere to go. Any step away is a step down from what you’ve already got.

I don’t advocate monogamy as a principle, that it’s somehow intrinsically right or good or superior. I believe deeply in monogamy as a way that I have seen can work incredibly well, and I help couples have such a rich, fulfilling relationship that, if they’re choosing monogamy, it’s because it’s the natural best option for both of them.

Sure, you can extort / demand / insist on your partner’s monogamy. Perhaps indefinitely. But it will never get you a good relationship if you don’t already have one.

I frequent a Facebook group for singles who are all followers of a certain very popular motivational speaker. Recently a woman posted that she met a great guy. She described his many wonderful qualities and how well-suited they were. But he “refuses to be monogamous,” and she was asking the group for thoughts on what to do. I read through the many responses, most of them some variation of telling her to dump the scoundrel and run as fast as she could, since he’ll never change. Until we got into a discussion of what she really wanted, what monogamy represented to her:

As for monogamy itself, the only kind of monogamy we really care about is the organic kind, where the relationship is so fantastic that nothing out there compares to what you’ve got at home. But that too has to be built. If you demand it, you end up with monogamy without longevity, without passion or intimacy or depth.

So having a monogamous relationship does not consist of finding a “monogamous” partner. Crappy relationships are the birthplace of all the affairs of the supposedly monogamy-minded. Newlyweds are generally not planning their future affairs.

But in all my years of coaching/teaching — and living, for that matter — I’ve never seen monogamy, in and of itself, make a crappy relationship fantastic.

Facebook5Tweet1Pin1EmailShares7
wpDiscuz
Share this ArticleLike this article? Email it to a friend!
Email sent!