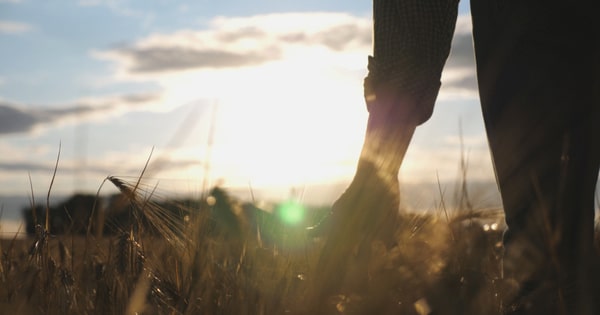 Let’s be honest with you. I didn’t do it without help. I had a counsellor, a psychologist, a team of psychiatrists, a psychotherapist and a partridge in a pear tree. I wouldn’t have had the help I received if I didn’t make that initial step towards the doctor and talking to him about it first. Luckily, my GP was quite interested in mental health, so he was willing to help.

Also, having friends and family that are interested in whether you prosper or fail at life helps. If it weren’t for my friends in my life, then I probably wouldn’t be here today.

So, a good support network and getting yourself some professional advice is the first step. The very first step. It should be the first thing you do before even attempting anything next.

Beat depression by quitting alcohol and drugs. Not some of it, all of it

My very first step into wellness was quitting the alcohol and narcotics. No question. My life became infinitely easier to deal with when I stopped this.

There is absolutely no doubt in my mind that drinking alcohol and mixing with cannabis played with my mind. To what extent, I’m unsure, but one thing IS for sure is that when I stopped it all I began to feel fresher, quicker, and far more able to understand everything that was presented to me.

For me, the alcohol and drugs were a way to squash those feelings I was having into oblivion. They weren’t good feelings, of course. These were the part of me that I didn’t like, and I just had to run away from as far away as possible.

A lesson about addiction that’s universal. Doesn’t matter what you’re addicted to.

I don’t think many people understand that you can become addicted to literally anything. Alcohol, drugs, food, the internet, even going to the shop. If it lights up those dopamine receptors in your brain like a pinball machine then you’ll be enjoying it, and if you do it enough times the body will want more of it. What happens is that your body will build up a tolerance to something that you enjoy and need more of it to sustain itself.

That’s why beer drinkers end up on the whiskey.

That’s why internet addicts are online until 4am and it keeps getting later.

Doesn’t matter what, only that you will build up a tolerance and eventually you will need more of your addiction to sustain your happiness. Rinse / repeat.

The reason why it’s a good idea to quit the drink and the drugs is because it seriously hinders your capability for a good life. Hungover mornings, late nights, worrying what you did the night before doesn’t make for a good life. You see?

When you’re trying to beat depression you will need to remove all the immediate obstacles in your vicinity, right?

Did you know you can get addicted to negative feelings too?

Yup. There’s a saying I’ve heard a lot in my life and that is

If you call a horse a pig often enough then one day, he is going to think that he is a pig.

Simplified, this is like saying, If you say negative things to your child often enough then they are going to grow up thinking negatively.

This is the workings of the mind. If all you’ve known is people telling you that you can’t do it — how will you ever believe that you can?

Depression is sort of like all of that rolled into one

For me, depression was sort of like all of that rolled into one. Believing that I was worthless, drinking heavily because I didn’t want to feel worthless, and not knowing how to step out of that because it was all that I had known. No-one had shown me any way out.

It’s tough out there, my friend. People these days rarely give a crap.

Keep those that do give two hoots about you close though. I’m sure there will be a few. If you haven’t realized yet those will be the people that stick around you even when you’re being an insufferable prick, and yes, we can all be prone to our insufferable days.

Once you’ve got a team of doctors behind you, stopped the alcohol, drugs and figured out who your friends are, do this next!

Analyze your history. Another saying in life I like is that

A lot of my recovery was about understanding my mental health and how I became what I am. What avenues I went down, where I went wrong, what I did right, what circumstances were in my mother and father’s life that led them to treat me good and bad, and sometimes indifferent. Most importantly my own mistakes. My counsellor helped with all of this.

I won’t go into too much detail and spoil the journey but certainly, analyze your history and ask yourself why you do the things that you do — including put yourself down.

The brain is like a muscle. It can be trained and also untrained.

This is a lot easier said than done. I know this one is an uphill battle — it was for me.

It always starts with small goals. Typically, with depression we tend to rush to the end result in scenarios. And we often undersell everything that we do. So, start with small realistic goals. Instead of saying,

“I can’t become a writer with a popular blog. People just wouldn’t read me. And I’m rubbish at writing”

You can counter that thought with this small realistic goal:

“Let’s start a blog and write my thoughts down. I’ll see where this takes me. If nothing happens then at least I’ve tried”

See? It’s a small goal, and a realistic one, which can lead into long term goals like take a writing class, or a marketing course to learn how to write to an audience. See?

Don’t think that this will happen overnight. This is years in the making, and sometimes you’ll be so frustrated and angry at yourself you’ll just want to throw in the towel. Remember those friends that stick by you? Yeah, those days where they come in handy the most.

But the brain is a muscle and it learns patterns. So, if every-time you find yourself going straight to a negative, counter it with a positive, followed up by a small achievable goal.

It took me three years to stop feeling like I needed a drink, or a puff on the cannabis stick. Sometimes I feel a bit inclined to do it even today, 14 years later. So please don’t think this is an easy game. It’s long term, and you’ll need support from a range of professionals, family and friends.

But you can do it, I believe in you.

Facebook14Tweet1PinEmailShares15
wpDiscuz
0
0
Would love your thoughts, please comment.x
()
x
| Reply
Share this ArticleLike this article? Email it to a friend!
Email sent!