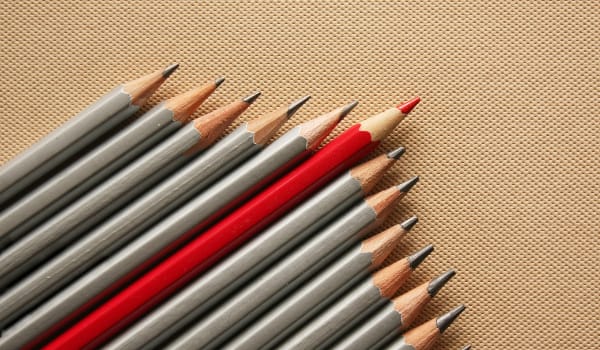 During my two-decade-plus journey through the still-shambling shibboleth that is Corporate America, I’ve encountered many outmoded opinions regarding “how to be a boss.” In particular, I’ve often been told I’m a “light touch.” Actually, you could say I’ve been accused of being a light touch. In the vapid lexicon of corporate-speak, the term usually has a negative connotation.

Generally, someone is a light touch if they manage people in a “friendly, relaxed, or humorous” manner. You’d think that a repertoire of behaviors would be considered a good thing to have in your bag of management tricks. However, when I’ve heard it used, this suite of skills is—at best—considered separate from (and inferior to) being aloof, tense, and serious in the manner of a “traditional” boss. At worst, you can be branded as a “weak” manager.

This mentality is part of an insidious, obsolete mindset still lingering from the days of stern corporate “barons.” It’s a moldy holdover from the early 20th century which has been passing itself off as “professionalism.”  It’s a psychic vampire lurking in the shadows of corporate America, draining the precious creativity, innovation, and productivity everyone talks about but seems to keep eluding us.

Yeah, you could say I hate the term “light touch.” I just wanted to make sure I got that across.

Soft is the New Hard

There’s growing bad news for adherents to the “boss as stern taskmaster” way of managing: research continues to confirm that managers who show empathy have more loyal and productive employees.

In other words: being emotionally open, connected, and “vulnerable” is no longer a “soft” skill. The benefits of being emotionally available, showing employees you’re human and empathetic, are empirically undeniable. The cultivatable ability we call empathy is now being directly connected to increases in employee engagement, health, and productivity. In other words, empathy is a skill as hard as concrete and is vital to a solid financial bottom line.

The best road to travel as a manager is, as always, the middle path. One should have a diverse range of interpersonal skills in the business world. The best leaders mingle the empathic with the authoritative, keeping an eye on employee emotional health while giving clear instruction and providing an unambiguous vision for your business expectations. In all, this is a good practice to avoid straying into innovation-stifling authoritarianism.

Being empathetic, a “light touch” leader is not about being a “pushover.” It’s about having a good dose of emotional intelligence, taking into consideration the well-being of your employees in addition to their work performance.

Is it better to be feared or loved as a manager? I think this is a fallacious question overall, not to mention a passive approach to leadership. Why wait for the determination of how others feel about you? Be proactive, and give other people the respect they deserve as fellow human beings. Support them with optimism and belief in their abilities, and give them a chance to make a contribution without demanding lofty expectations all the time.

If you’re concerned about the well-being and morale of others, give them empathy and the benefit of the doubt. Believe in them and let them rise or fall on their own merits, giving them support along the way. And for the love of all that’s human, give up the antiquated stereotype of the hard-ass boss. That approach may motivate people temporarily with a dose of fear, but it has proven over and over again to be an unsustainable source of motivation.

END_OF_DOCUMENT_TOKEN_TO_BE_REPLACED

Facebook25Tweet4Pin1EmailShares30
wpDiscuz
Share this ArticleLike this article? Email it to a friend!
Email sent!