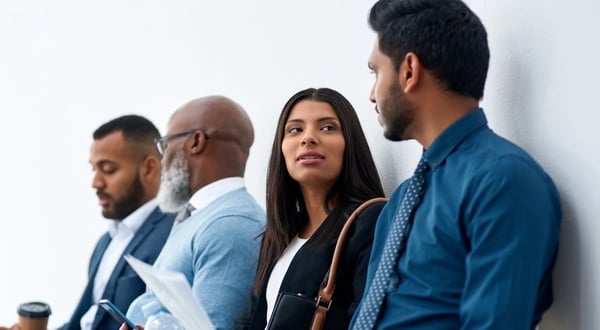 —
I get it. I sometimes forget that there’s no opponent outside of me, or you. Aikido Founder O-Sensei said, “Opponents confront us continually, but actually there is no opponent there. Enter deeply into an attack and neutralize it as you draw that misdirected force into your own sphere.”

Consequently, there’s no ‘real’ fight. Some dude comes to attack me. I match the attack with my own attack. Awase: Match up with the attack, become one with the attack. In Sunday morning Aikido practice Sensei Bobby said that there’s no fight. Still, we have to “fight ourselves” to “wait out” the attack. That’s profound training. Master the internal, as well as the external.

O-Sensei’s doctrine: “True victory is victory over oneself.” So, wait out the attack. I have nothing to prove. After all, there’s no external opponent. I must overcome myself. As Sensei says, “Do the technique on yourself.” I’m my greatest enemy, my greatest opponent.

From Sensei Bobby: We match the attack with our own, choosing to take a stand, not out of fear or anger. As Hanshi said, “When you defend, you can be defeated.” O-Sensei’s warrior acts meaningfully, not possessed by his or her emotions. Don’t take it personally, even in life or death.

In the bigger picture, not taking it personally, doesn’t concern myself with what others think of me or feeling the need to prove others wrong. Again, I’m just saying.

Several years ago, I thought that I might have to give up Aikido, because of my ailing knees. Yes, it was physically painful. What hurt profoundly more was thinking that I disappointed Sensei Dan in some way. What would others think about me? “Jon is weak.” “He’s got no heart.”

That voice in my head kept saying, “Yeah, you’re really not good enough, after all.” Although, that was really my Dad’s voice when I was 8 years old, now in my 40-year-old body.

I started working with my healer friend Victor, my chiropractor who became my spiritual guide. Yes, there were structural and physical sources of my pain. Working with Victor I began to see that most of my pain came from past held unresolved emotions in my body. I slowly started “letting go”. Really, Victor got me to lighten the fuck up. And I keep practicing that to this day, long after Victor passed away. I love my Brother Victor.

Heal and forgive thine own self and valiantly weather the “slings and arrows” of public opinion, of the outrageous bullies of the world. Again, just saying.

NBA All-Star Kevin Durant, KD, returned to the Golden State Warriors lineup for Game 5 of the 2019 NBA Finals. The Warriors were down 3 -1 to the Toronto Raptors lead by another NBA All-Star Kawhi Leonard. Kawhi and his crew looked to close out the series, winning their first-ever NBA Championship for Toronto.

KD missed 5 weeks of the Playoffs when he injured his right calf during the playoff series with the Houston Rockets. At that time, Kevin might have been the greatest NBA Player on Planet Earth. KD is 6’ 11” with a 7’ 6” wingspan. His length and abilities make him virtually indefensible one-on-one. He can sink 3’s from anywhere. He can score jump shots in the paint. He can dunk the ball on any defender in transition.

In the first quarter of Game 5, KD scored 11 points in something like 12 minutes. He hit 3 consecutive 3 point shots. The Warriors were in overdrive.

Then in the 2nd quarter, KD drove the ball up the court. Without any contact, he collapsed to the floor. He tore his right Achilles tendon. Not good, at all. Like KD the Warriors had heart and resilience.

In the 4th quarter “Splash Brothers” Steph Curry and Klay Thompson ball out of their minds. The Warriors win 106 – 105; thus, forcing a Game 6 back in Oracle Arena. Their victory was ultimately costly.

They still have a chance of winning their 3rd straight Championship; their 4th in the last 5 years. But, KD is down. Not only is he out for the Championship, but he’s also possibly out for a year or more. His injury is devastating, career-threatening.

Why did KD come back after rehabilitating for the last 5 weeks, and finally cleared by both Warriors and his personal physician? Was it that Kevin felt he has something to prove?

On ESPN’s “First Take” Stephen A. Smith said that KD’s friend and former Teammate Kendrick Perkins indicated that KD came back, perhaps because he cared a “little too much” about what other people thought about him. Note that KD becomes an unrestricted free agent on July 1: Eligible for a ‘Super Max’ contract worth upwards of $35 million a year. It has been the general consensus that KD was leaving the Warriors.

Former NBA All-Star Jalen Rose accurately called out this social aftermath: “That’s bullying.” Yeah, and we’re talking about Kevin Durant, the strong smart man, who’s one of the greatest to ever play the game of Basketball.

Since KD came to the Golden State Warriors, he’s been criticized for perhaps making the ‘weakest’ move ever. Already NBA Champions, he made the Warriors squad virtually unbeatable. Some were saying, “Dude has no heart.”

That’s all very human. Yet, for me, it’s all very sad. I don’t know for sure, if in fact, KD chose to risk serious injury to silence the insidious chatter, the bullying. Kevin had absolutely nothing to prove. That he might have done so, hurts my soul. Because I know how that goes.

Sometimes it takes a lot of courage to do what’s in your heart, what’s in your enlightened self-interest, and block out the ‘talking heads’ of the world.

I hope that KD heals up and comes back and plays again. That he plays for the love of the game, not because he has something to prove. Yes, we’re all human. You can love what you do. And you can love yourself, too. Just saying.

Facebook5Tweet1Pin1Email1Shares8
wpDiscuz
0
0
Would love your thoughts, please comment.x
()
x
| Reply
Share this ArticleLike this article? Email it to a friend!
Email sent!