[Warning: mildly NSFW picture follows at the bottom of this article.] 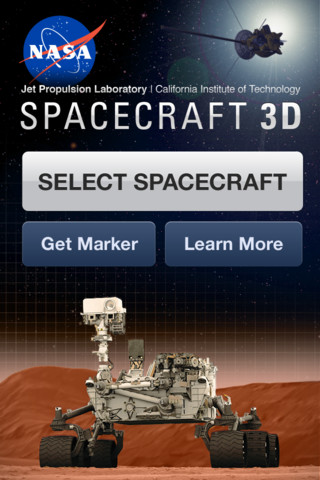 I watched with nerdy elation Sunday night as NASA successfully landed the Curiosity rover on Mars. The landing sequence was so complex and so many things had to work exactly right that frankly, I thought it was more likely to crash than to land. But land it did, and within a few minutes of landing it was already sending back the first pictures. I haven’t been this excited about a Mars landing since…well, the last time we landed rovers on Mars. I’m not an all-out space nut, but accomplishments this big hold my interest for at least a couple weeks before I lose interest in looking at every picture and go back to playing physics games on my iPad (i.e., Angry Birds) while the big brains try to figure out how to terraform Mars so we’ll have somewhere to move when we finish with this planet.

Speaking of cool iPad apps, while I was watching the NASA channel and waiting for Curiosity to create a new crater on Mars, one of the science guys (they’re all science guys at NASA, right?) showed off a really cool free app for the iPad and iPhone. (No Android version yet, but they’re working on it.) It’s called “Spacecraft 3D”. You print out a “marker” picture that just looks like some rocks, and when you point your iPhone or iPad’s camera at it, it renders a 3D model of a Spacecraft, which you can move around, get closer, change the zoom on, and so on, and it’s really, really bitchin’.

So far, there are only two spacecraft you can look at, though I imagine they’ll be adding more later. The one getting the most attention is a model of the Curiosity rover, which also has controls to let you raise the mast and trigger a couple other animated actions. When I projected the other spacecraft onto my kitchen table, though, I was blown away by the realism. It’s a rendering of one of two lunar orbiters that I’d never even heard of called “Grail”, and I could swear that if I looked very carefully, I could also see the moon that it was orbiting in the background.

Bonus captions for the above:

Marcus Williams writes what he knows, which is a lot about a little and not much about everything else.