As wrong as it may seem, many people look up to Chris Brown. Jeff Perera believes it’s time Brown takes some responsibility for his actions.

Here’s the bottom line on this: Chris Brown is a role model, whether we like it or not.

Recently when Chris Brown was asked by paparazzi outside the Gotha nightclub to comment on Frank Ocean revealing he is bisexual, Brown responded by saying, “Man, no homo!”.

For those unfamiliar with the term, here is a short video regarding the phrase ‘No Homo’:

Chris and Frank apparently have had issues going back to 2011 and included this footage of Brown’s cousins chasing Ocean. I wrote a previous Higher Unlearning piece exploring Chris Brown’s childhood and history with violence. We go into detail about his history of violent and homophobic behaviour including a true account of his violence towards Rihanna.

So, as we explain in that post, Chris loves to go to Twitter and make spontaneous comments, the more controversial ones usually disappear. In classic Chris Brown form, here is his response to the uproar over the No Homo comment.

…so I continue to point the ‘wrong fingers’.  “readabookbitch” …his maturity has clearly maintained the status quo, but here is where it matters.

As of July 30th, Brown has close to 11 million followers on Twitter. I’d assume many are female fans, with male fans following him as well. Brown’s fans are affectionately called ‘Team Breezy’ and defend their fav singer with a feverish passion. They also clearly have learned well from him and  follow along with Brown’s mature example of handling situations . During the 2012 Billboard Awards in May, model Chrissy Teigen took to her Twitter account (as did others) to critique a seemingly bad lip-synced Chris Brown’s performance.

The following is a small sample of the hundreds of replies, comments and death threats toward Teigen as a result of her observations:

These hundreds of tweets from Team Breezy calling for Chrissy Teigen to be killed or raped led to her boyfriend, another Grammy award-winning singer John Legend, defending her on Twitter.

Chris Brown finally responded to his fans rabid attack, to get them to stop the violent behaviour, he sent out the following:

Again, the message to his fans publicly wishing rape and death on a woman was “I know y’all about that life…but it’s the wrong message…you are turning haters into victims.”   What does he mean by ‘that life’? Brown constantly messages and talks to his millions and millions of young fans via social media, and the example he sets for them is there for the world to see in his tweets, his lyrics. his actions…and lack of action.  That life, indeed.

Our young men and boys need to see stronger role models and examples of being a man, and our young women and girls need to see these examples as well. These cycles of violence and destructive behaviour and attitudes need to be broken, urgently.

Until we see some accountability from someone claiming to be a role model and ignoring the impact they are having on millions of young devote followers, we have to continue pointing the ‘wrong fingers’.

p.s. Here is a great review of his last record:

Higher Unlearning is an online space for us to discuss how ideas of manhood & masculinity affect us all in everyday situations and scenarios. Created by Jeff Perera of the White Ribbon Campaign, Higher Unlearning seeks to create a sharing space for folks of all walks of life to contribute articles, stories, testimonials, essays, photo essays and videos on how ideas of gender impacting all of us in a variety of ways.

Howdy! This post could not be written any better!
Looking through this post reminds me of my previous roommate!
He constantly kept preaching about this. I’ll forward this information to him. Pretty sure he will have a very good read. I appreciate you for sharing!

It is truly a great and helpful piece of information. I’m happy that you simply shared this helpful information with us. Please keep us informed like this. Thank you for sharing.

My role models are all dead. That way they can’t embarrass me with any future screw-ups.

Excerpt: “Tell me how I need to forgive people’s mistakes and allow for folks to be human.” This makes it impossible for CB to attain redemption. To me this makes the argument about something else. If there is nothing he can do to attain redemption and he will always be public enemy #1 for some people based on high-stress bad decisions, then this narrative seems to be about something else. It’s not about protecting the innocent or stopping violence but about vengeance. Some people just seem to be inconsolable in regards to CB. Sometimes, those who advocate looking inward are… Read more »

Hi Kaleb, Thank you for your comments! Just a few points in response: A/ I think the word ‘role model’ can be very misleading. Wiktionary gives us this definition: “Role model generally means any “person who serves as an example, whose behavior is emulated by others” Perhaps the term ‘influencing factor’ is a better term? B/ Chris Brown in his interview with Larry King on CNN (which can be found in my original article re: Chris Brown http://higherunlearning.com/2012/02/26/chrisbrownandthesoundsofyoungmeninfreefall/) talked about embracing his role as a role model to youth and his young fans. He said he would deliver on this,… Read more »

Thanks for clerifying that for me, I was looking through this article asking myself “Where is this ‘role model’ bit coming from?” I think “influencing factor” or something along those lines would definitely be better. I definitely understand where you’re coming from in this, and I’ve written on Chris Brown tweets myself, and just read some last night from last year re Frank Ocean and Odd Future. I’m just going to have to disagree with you on the “he owes his young fans”. What exactly does he owe his young fans, or anyone else for that matter, other than good… Read more »

I hear you KB. I think the whole celebrity persona/actual person duality piece is ridiculous as well. I mean, celebs have always presented a public figure to compliment and ensure the product (music, film etc) isn’t impacted by the real person. There are some (i.e Sean Connery, Charlie Sheen) who’s public displays of violence against women who get the pass and don’t receive anywhere near the criticism that Chris Brown gets. It is an interesting era we are entering, with social media (FaceTwitterBook etc) where we all are starting to exist as real people and our ‘public persona’. We post… Read more »

I totally hear you (see: Cyborg Theory). It’s hard in our era because celebrities are trading in the former mystery that they had–we new them by what they put out, not necessarily how the conducted themselves on a daily basis or what was going on in their heads per 140 characteres). I also pay attention to this and have noted two polar examples: 1. Beyonce – She’s had a twitter for years and only this year released her first (and only, as of a couple weeks ago) tweet. She’s managed to hold her grace in an era where you can… Read more »

I definitely get the point of this article, to show how Chris Brown is a (bad) role model. And I completely understand why–he’s immature, ignorant, and unapologetic. Nonetheless, he makes good music, and people like that. What I don’t understand is why so many people expect celebrities to acknowledge their “role model” title and act accordingly. To be honest, Chris Brown is just famous–and he has a lot of fans who support him despite how terrible of a person he is. It would be nice if Chris Brown actually took his own advice and read a book every now and… Read more » 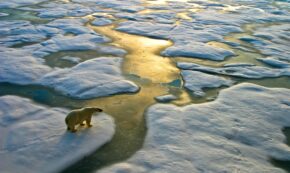 FacebookTweetPinEmailShares4
wpDiscuz
9
0
Would love your thoughts, please comment.x
()
x
| Reply
Share this ArticleLike this article? Email it to a friend!
Email sent!