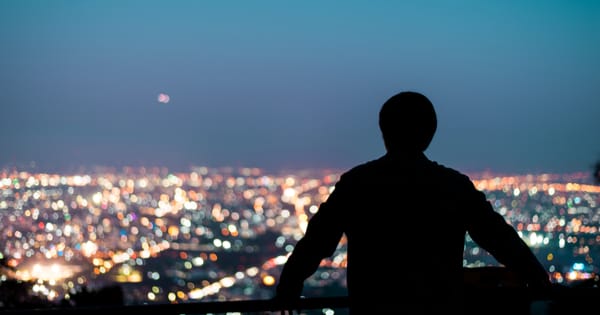 It can become humbling for a man to experience an illness which causes him to have to accept help from his family and friends. Because men are taught to be breadwinners and superheroes who save the family and the day, in an ongoing state of providing, even when they are deathly ill. You have had a brave face. It becomes a large face of ego and not a futile ground for humility.

Being humble means to lower your ego and be like the ocean. The ocean is the most powerful body of water in the world and it is the lowest level of water in the world. The positioning of the water, the ocean, is lower than a river or a lake. Yet if you look at the power of the ocean, its power and access to feed the planet is a larger entity than a river. The river does not challenge the power of the ocean. The ocean has a natural means of being humble and does not have a need to overpower a lake or river. It is a humble state of accepting one’s power and using only when the time is right.

I, myself, had to surrender to the fact of my personal journey of body illness. I had to allow the family and the community around to support me, by loving me with their support. It caused me to respect my support system and I was not less than because I needed help. I had to be humble enough to accept love and support.

Most men are bad as receivers of love and support. Being humble allows you to be present for the gifts of love in life. Men are not all of the power. They are part of the power and have an important relationship with other men, women, and children. There may be areas where they are the strongest, but the people around them should be respected for their individual powers. It is the same as the relationship between the river and the ocean. Each is needed and have their place in the power structure. Overpowering people and situations is not always a good display of exercising your personal power. Humility allows you to receive the power and support of all others around you.

In my realization of my inflated ego, because I would not accept help, I learned to share the load with others and not carry barge by myself. I would need the wind, the sea and the grace of my journey.

We, as human beings, come to this planet to join the family of the earth. Whether you are a man or woman or child, you will need another. Remember not to think so much of yourself, believe that you are an island that can maintain itself with the support of the ocean, the trees, and foliage.

We come here to join together as people in order to thrive and not merely to survive.

No matter what is expected of us as men, we are merely human being here to be of service and be served, as human beings.

You can find the state of humility in the acceptance of the fact we are like the fingers on the hand. The thumb needs the pink as the father needs the son, the mother, and daughter. We as people must accept the humility of our humanity. We will only thrive and move past survival by accepting the humility of our vulnerability as dependent people.

The dependency is a gift rather than a curse. When we let go of the ego and step into the state of humility, we become whole and supported human beings.

So the lesson I learned from my experience allowed me to learn the importance of sharing life together with other people. I learned to not think of myself as an engine of the train that has no cars or a caboose. You are no less as a man when accepting support from your family or community. You become more to them as they get a chance to show you love.

A man can be humble and still be a man.