Get Daily Email
Join/Login CLOSE
Home / Advice & Confessions / Be a Mentor Not a Tormentor! 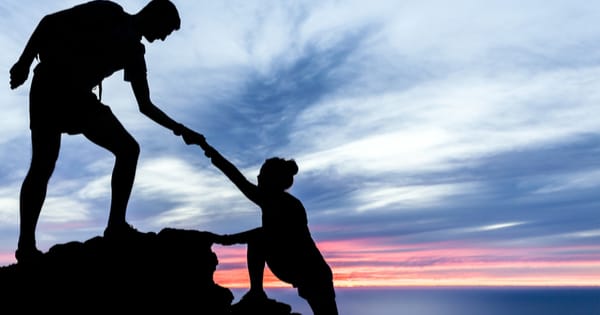 “Never discourage anyone who continually makes progress, no matter how slow”-Plato

Zig Ziglar said, “A lot of people have gone further than they thought they could because someone else thought they could”. There is a thin line between being a mentor or a tormentor, a coach or a tyrant. The world is in deep need of mentorship. When we don’t mentor people, we begin to see only their faults and the moment you start focusing on someone’s fault all the times, you become their TorMentor! Choosing a mentor is the most critical step to success in life, be it in business, career, relationship, and politics. A mentor challenges and stimulates you to be the best at all times. A real mentor helps in discovering and nurturing the gift and potentials in others.

Isaac Newton once said, “If I have seen farther than others, it is because I was standing on the shoulders of giants.” Behind every successful person, there’s a mentor who helped them along the way. Some of the most influential people in history were encouraged to succeed by some of the most well-known people of their time. Socrates mentored Plato; Plato mentored Aristotle, and Aristotle mentored Alexander the great. Oprah Winfrey was mentored by celebrated author and poet, the late Maya Angelou. Former Apple Inc. CEO the late Steve Jobs served as a mentor to Facebook CEO Mark Zuckerberg.

As a mentor of many years with ample experience, it is much easier to spot the mentoring mindset in people with the following attributes: Demonstrates positive attitude, acts as a role model, has high degree of enthusiasm in learning and development in a field/domain, has respect for the individual being mentored and very good at listening.

Tormentors exhibit some of the following attributes: A mindset of “my way or the highway”, a critical perspective: finding faults rather than fixing problems, and shifting the focus from mentoring to strict servitude conditions.

Most times we spend a lifetime under people that torment our capabilities instead of mentoring and building us up for greater impact. How can you discern and tell a mentor from a tormentor? The following points are great eye-openers:

#1 A MENTOR GIVES YOU A PLATFORM TO BE YOURSELF WHILE A TORMENTOR WANT TO LIVE THEIR OWN LIFE THROUGH YOU: Mentoring is not about making everybody else the same as you. The greatest platform that a mentor can ever give to you is to help you be yourself and express yourself. A tormentor will hinder you from expressing and being yourself. Don’t make people the best version of yourself, make them the best version of themselves. This is a very common mentoring error that must be avoided especially in parenting.

#2 A MENTOR SEES YOUR FUTURE AND IS EXCITED BY IT WHILE A TORMENTOR SEES YOUR FUTURE AND IS INTIMIDATED BY IT: Your future excites your mentor, but your future intimidates your tormentor. A mentor sees your future, and he is passionate about ensuring that you get to that future. A tormentor, on the other hand, has foresight also like a mentor, but he is afraid of your future and will use you for his own purposes and advancement; anything you do to improve your status will be passionately resisted.

#3 A MENTOR WILL TRAIN YOU WHILE A TORMENTOR WILL DRAIN YOU: The people around you will either fuel you or drain you. So choose them wisely. I repeat, choose them wisely! When people have encounters with you, do you leave them drained or blessed, exhausted or fuelled? I made up my mind a long time ago to always leave people more inspired than I met them.

#6 A MENTOR HAS HEALTHY EXPECTATION WHILE A TORMENTOR HAS AN UNHEALTHY EXPECTATION OF YOU: Bill Lemley once said, “When nobody around you seems to measure up, it’s time to check your yardstick”. Both mentor and tormentor have expectations from their mentees; the difference is just that one is healthy and the other is unhealthy. When people have unhealthy expectations of others, they often focus on the inadequacies in others rather than appreciating their little efforts. It is good to have a high expectation of others, but it must be complementarily healthy or else it becomes toxic.

#7 A MENTOR WILL HELP YOU FIND REMEDY WHILE A TORMENTOR ALWAYS FIND FAULT IN YOU: Have you ever met people that are seriously obsessed and addicted to finding faults and mistakes in others? They exaggerate and blow other people’s mistake out of proportion without any tangible praise for their efforts. These category of people are the tormentors. Henry Ford once said, “Don’t find fault; find a remedy”. Tormentors are always looking out for the faults in others. They are people with keen eyes for faults and are psychologically blinded to the ‘goods’ in others. Insecure people can only feel better about themselves by pointing out the flaws of others. When a man is insecure, everyone around him is always inadequate. Mentor someone, instead of casting people down and finding faults in others. Mentees actually need models and not critics! Mentees need their efforts to be acknowledged.

#8 A MENTOR MAKES YOU BETTER WHILE A TORMENTOR MAKES YOU BITTER: Kenneth H. Blanchard in his best-selling book, ‘The one Minute Manager’ said, “People who feel good about themselves produce good results.” How your mentor makes you feel about yourself is very important. Do they make you feel better or bitter?

#9 A MENTOR WILL BRAINSTORM WITH YOU WHILE A TORMENTOR WILL BLAMESTORM AT YOU: Some toxic bosses don’t ever have compliments to throw at people; the only thing they throw is ‘blames’. The most malignant ones can even make you believe you are unworthy, incompetent, and even unlovable. These categories of people torment others. A mentor will brainstorm with you and will never trivialize your contributions.

#10 A MENTOR PASSES DOWN WHAT HE HAS LEARNT WHILE A TORMENTOR WITHHOLD KNOWLEDGE: An insecure mentor is a tormentor. When people are insecure, they withhold knowledge from others. An insecure mentor will take their own insecurities and try and twist them into their mentee’s flaws.

#11 A MENTOR HELPS YOU LOOK WITHIN YOURSELF TO FIRE UP YOUR HIDDEN POTENTIAL, BUT A TORMENTOR COMPARES YOU TO OTHERS AND EXPOSE YOUR INADEQUACY: Theodore Roosevelt said, “Comparison Is the Thief of Joy”. You torment people when you constantly compare them to others. Any man that encourages you to be someone else has already despised your purpose of existence. The greatest form of abuse in life is comparison. A real mentor understands the fact that you can never be at your best when you try to be someone else.

#12 A MENTOR IS FULL OF POSITIVITY WHILE A TORMENTOR WILL ALWAYS FOCUS ON THE NEGATIVITY: Positivity fuels productivity. Tormentors are always full of negativity even where none exists; they are addicted to negativity. How far you will go in the journey of life is a function of the positive energy and people around you. Don’t expect to see positive changes in your life if you surround yourself with negative people. Try spending more time around people that infuse positivity into you and affirm your worth.

You will need people that believe in you, people that invest in your dreams and goals. People that will bring the best and not the stress out of you in life. Mark Twain once said, “Keep away from people who try to belittle your ambitions. Small people always do that, but the really great make you feel that you, too, can become great. When you are seeking to bring big plans to fruition, it is important with whom you regularly associate.” Find a person who has a positive outlook in life because your mentor should be your source of inspiration and encouragement. How do you want to be remembered – as a tormentor or a mentor? If you are not a mentor, then you are a tormentor!