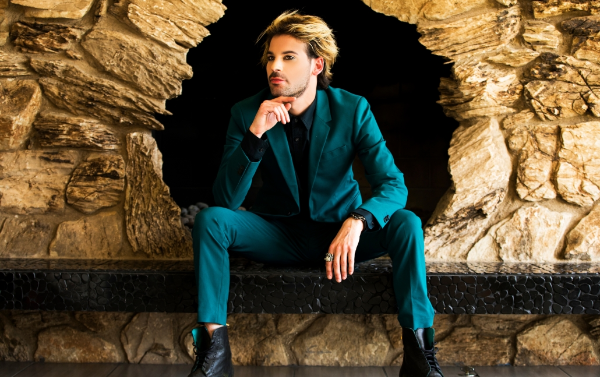 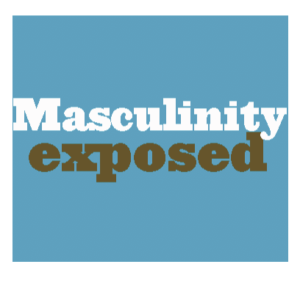 Since breaking out as a performing artist, I’ve become OK with sharing aspects of my character that I once felt uncomfortable, or ashamed to expose. I think I can speak for all men out there, each unique in his own right, who have been taught to feel like true manhood is only expressed through strength and lack of emotion. That showing weakness, being emotional, and struggling with decision-making are feminine or unmanly when in reality, it’s what makes a man who they are—a human being just like everybody else on this planet. I’m tired of the societal need to subscribe to one of two general ideas in order to define ourselves. Like me, men are complex beings. I’m not “straight,” and I’m not the stereotypical idea of a man’s man. But the truth is, I’m more of a man than any other, and I’ll explain why.

Owning your manhood to me means fearlessly taking a stand in what you believe in. Being a man to me is being ballsy enough to own everything you do, feel, and think, without being scared of how others see you. This takes honor and courage—True strength. Strength goes far deeper than the physical, and that’s what I wish to bring to light in this column. I own my manhood because I don’t feel the need to “man up” the way other men in my life have encouraged me to in times of weakness, confusion or hesitation. Most guys feel that to be a man means hiding your emotions, or pain because that’s seen as feminine. To me, being a man is accepting the notion that feminine attributes exist in every man—it’s up to the individual how to express that honestly and authentically.

I feel mentally and emotionally whole and complete by leading my life this way. I’m unaffected by male-centric conventional ideas and that has been the most liberating experience of all for me. It has allowed me to own my masculinity so much more because I don’t need to cater to someone else’s idea of how I should be.

There is a stigma that a man’s sexuality says a lot about their manhood, but I couldn’t disagree more. To me, being gay, bisexual, etc. doesn’t make me any less of a man than a straight man. It doesn’t even make sense that the word “straight” has become reserved to label a sexual orientation. If you consider the word for what it is, it can be defined as “bold and steady, clear and logical, honest, direct, candid, and truthful.” I identify with all of these attributes. But I express my manhood by conveying my opinions, being ambitious, competitive, assertive, etc. in a subtle way—doing so with force or aggression like many men and some women do isn’t bringing us closer to gender equality nor does it make the divide any less present.

I don’t let my sexuality get in the way of any expectation to uphold a certain identity. I notice so many gay males who’ve lost their former identities and feel the need to be overly feminine as a way to express their sexual freedom which at times comes off insincere, loud and offensive. I’m aware of this distinction in how I behave. I have my ways of expressing my flamboyancy, through style, excitement, dance, etc., but I don’t force it down people’s throats.

Take it or leave it, I’m not looking to win everybody over, and I encourage other men to take this on, regardless of personal preference, sexuality, hobbies, and life experiences. I’m here to expose it all – and that’s what makes me a true man.

Power comes from unlocking your subconscious. Embrace your true self – be proud of each and every facet of who you are. It’s simple. Stop looking in the mirror in order to see what it truly means to be human. Love you for you. It’s a message singer/songwriter/dancer Adam Cola has championed since his formative years growing up in a conservative part of Montreal, Canada, “Be comfortable living without labels. By living my truth, I let who I am speak for itself. I want to brighten lives and empower people with my music. I want to inspire people to be fearless, feel sexy, and dare to be different. I want to be a beacon of light for people who struggle with the need to fit into a certain category in order to feel accepted.”

Facebook133TweetPin1Email1Shares135
wpDiscuz
Share this ArticleLike this article? Email it to a friend!
Email sent!