—
If you’re like most people, when you get accused of something you immediately become defensive. Our default reaction is to escape. Whereas, if we are not being accused, but just asked, it is much easier for us to simply admit to whatever we’ve done.

Over the years I’ve figured out how best to “confront” my kids when they’ve done something wrong. If I go on the attack by asking, “Why did you do this?” I’ve immediately put them on the defensive, which makes it a lot harder to reach a positive resolution. When I calmly ask, “What happened here?” or “How can we make this right?” I find that I can much more easily reach a productive outcome.

Let’s imagine a scenario where your spouse is pulling out of the driveway on the way to work and you tell them, “Look, the car is nearly on empty. Make sure you stop for gas right away.” Twenty minutes later you get a call from them telling you they’re stuck on the side of the road and need help. You already know what happened. They ran out of gas. The classic response would be, “Well, why didn’t you go get gas like I said? What’s wrong with you? I told you it was on empty. Why didn’t you listen?”

Because this is such a familiar response, your spouse is just waiting for the onslaught. They are now bracing for the attack. They know exactly what to expect from you.

Think Before You Speak

All the drama is removed from the situation when we handle it in this manner. We’re going to help them out regardless, but when we react this way we are avoiding the divisiveness that hurts our relationship.

The way we communicate reflects how we’re feeling. When we learn how to say things properly, the harsh feelings we’re having in the moment won’t be conveyed, so we won’t be coming across in an accusatory and confrontational manner.

My Tip: Do Not Accuse, But Ask

We need to understand why it is that we instinctively accuse. Once we understand why, we can change that and stop being accusatory.

What’s going on with us when our spouse calls and says, “I’m stuck on the side of the road,” is that we immediately get frustrated or angry. We start pointing fingers and making accusations because we are thinking of ourselves. We’re thinking, “Oh for God’s sake, now I have to call AAA and make sure they come and gas up your tank. What a hassle, why did you have to put me through this?” However, when we focus on the fact that our spouse is stuck on the side of the road when they need to get to work, it doesn’t matter why it happened.

Focus on the Reality of the Situation, Not Yourself

This is the reality of the situation. All we need to do is clarify that they ran out of gas and say, “Okay, I’ll get right on it.” Who are we thinking about now? Not ourselves, but them.

The bottom line is that when we’re totally consumed with ourselves we will never respond properly to others. But, if we can instead be consumed with the other person or with the reality of the situation, we will respond in a much healthier manner.

When you put yourself in the other person’s shoes, you can communicate appropriately, not blow a fuse and make all sorts of accusations. Flinging accusations at the other person come as a direct result of us being consumed with ourselves. Although this is a very natural reaction, it doesn’t work in the real world if you want to maintain positive loving relationships. We can instead choose to react in an unnatural, or what I would call a “supra natural” way, one that is far more productive and positive in tone and manner.

Powers of a Supra Natural Mindset

Think how powerful this mindset can be. Just imagine that the person calling you from the side of the road is most likely expecting accusations to be hurled at them. They were dreading making the call in the first place because they’re used to people reacting this way. They’re already experiencing so much negative energy before they make the call.

When they hear your positive response, all the negative energy they’re feeling is gone. Furthermore, this experience instills in them how beautifully unique their relationship is with you. You are not there to point fingers. You are there to cover their back, and this is always the case.

This creates such an enormous level of trust, a profound feeling of love and caring that it solidifies a relationship like nothing else. You know what I’m talking about if you’ve ever responded in this way, or if you’ve been on the receiving end of this type of response. If you’ve never experienced this, I encourage you to begin engaging like this with those near and dear to you so that you can see the beauty in just being there for them.

The next time someone does something that annoys and inconveniences you; I want you to do the following:

2. Think before you speak

4. Focus on the reality of the situation and not yourself

5. Calmly ask what happened and offer your help

Rather than accusing them of being irresponsible or of doing something they should not have done, even if it’s 100% true, just ask what happened and do what you can to help.

Keep in mind that you’re never going to change how they decided to handle the situation. You clearly told them to do one thing and they decided to do something else. But, what you can change is your reaction. And how you react to them will influence how they handle things in the future. Take this challenge to heart so that you can enhance your relationships and ultimately improve your life.

Aryeh Weinstein is a recognized expert in the science of Jewish spirituality. He is the host and creator of the Beginning Within podcast and the Beginning Within Master Course.  As a Rabbi, teacher, and coach, he teaches the method of learning to live life from within and without having the people and circumstances around you define your emotional state. Connect with him on Facebook.

It’s not always easy to respond this way, however when I have tried it, It’s magical. Getting out of reaction and into action changes the dynamic and avoids the blame game and all the drama that goes with it. this is great advice.

Makes so much sense, one wonders why we spend so much time on the defensive. And not only with our spouses or children, but with our colleagues, our playmates, and our little voices in our own heads. Thank you for this insight.

So, what if your significant other is not open to change or acknowledge how you feel and your perspective in the relationship. I love this article how do I convince him to read this article.

Hi, wow….thanks for this artocle. Your insight was so powerful, I just subscribed to your podcast.

Unfortunately, this doesn’t work with my spouse. He takes every question as a veiled accusation and reacts with anger and hostility. He hates it when I ask him a question about anything & takes any question as a challenge, (“There you go, twisting the knife again. . . “). This extreme defensiveness probably comes from a strong desire not to be accountable to me for his actions and from feelings of guilt about some things he is doing.

Hi Karina,
Thanks for commenting. The reason your husband responds this way has nothing to do with you and what you’re doing. It has to do with his own insecurities. Here’s a short podcast that can give you some insight, http://beginningwithin.com/podcast/001/

Very good article. I need to keep this in mind the next time my kids do something that I asked them not to do. Thanks.

Very interesting way to look at things. I’m the type of person that bottles things up and then freaks out, but what we need to remember is that it only causes unnecessary confrontation rather than turning the problem into an easier conversation. Very well thought out article and changed my perspective. 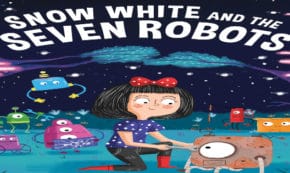 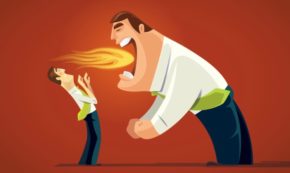 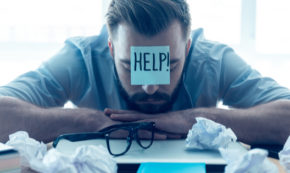 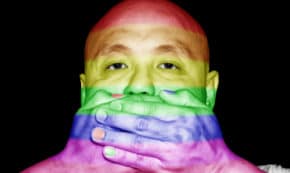 Facebook136TweetPin1Email1Shares138
wpDiscuz
Share this ArticleLike this article? Email it to a friend!
Email sent!