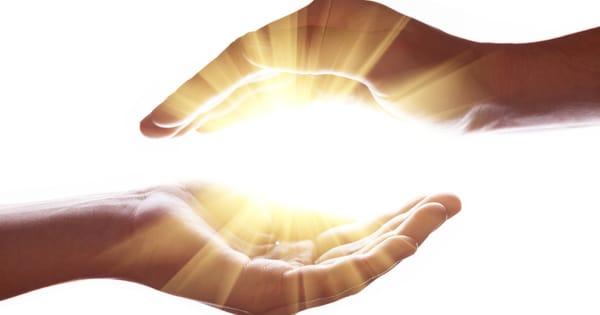 Some of the most brilliant lights in music history have been snuffed out way too early.

Within a span of 3 years from 1969-1971, the music world lost some incredibly heavy hitters. All at the age of 27. And all under some self-sabotage of some sort.

All gone at the age of 27. And all from self-sabotage of some sort. This is my euphemistic way of saying they’re usually drug or alcohol related.

And years later, Kurt Cobain and later Amy Winehouse both died at the age of 27 under similar circumstances

The examples I’ve cited are why the story of Stevie Ray Vaughan is so tragic to me.

A prodigious talent, SRV redefined what Texas Blues guitar was supposed to sound like. With his aggressive and intense style, he differed from players like Eric Clapton and BB King who favored finesse and sustained notes over SRV’s straight-up mean style.

Stevie battled some of the same demons that the 27 club battled. But he was able to conquer those demons only to meet his untimely end in a helicopter crash at the age of 35.

Stevie’s original Fender Stratocaster (which I bet is worth an absolute fortune now) had most of the paint stripped off the front of its body and big gouges were chewed out of the wood.

All I’m going to say is Stevie had a heavy pick hand.

But even as aggressive as he played, you never got the idea that he was forcing something that wasn’t supposed to be there. He still let his playing flow naturally.

In fact, one of the coolest videos from his career was from a TV appearance he made on the show Austin City Limits. He’s playing a solo on that very beat-up guitar when he breaks a string. And from what I understand, SRV used some pretty heavy gauge strings.

He tries to get through the rest of the song with the five strings left, but he wasn’t feeling it. He kept looking offstage at what I can only assume was a roadie.

Eventually, that roadie brings him one of his backup guitars. And while Stevie sings the next verse, he’s strapping up and plugging in the new axe. And by the time he’s supposed to play again, he didn’t miss a beat.

But he didn’t force it. He let his natural brilliance flow.

This kind of mastery only comes with tons and tons of practice and an almost fanatical devotion to your craft.

You can’t force your brilliance.

Let’s look at football. The quickest and easiest way for a quarterback to get picked off is to force a throw where it doesn’t belong. Just because you CAN thread a needle between three defenders doesn’t mean you should.

I’m looking at you Tua Tagovailoa! That pick six he had in the National Championship game was precisely because he thought he could thread a needle between three defenders.

Or was it four? Shoot, I can’t remember…

Stevie Ray Vaughan and Tua Tagovailoa – one died nine years before the other was born. Why in the world am I talking about them together?

I found myself in a pretty interesting predicament the other day. And in retrospect, I’m a little angry with myself that I didn’t act on it sooner.

You may remember a few weeks ago I shared about meeting this woman at a networking meeting. This smart, witty, outgoing, and attractive woman who just happens to be a fellow coach.

I’m sure this goes against nine kinds of dating rulebooks, but I never called her. We exchanged a few text messages, but I failed in a pretty spectacular way of showing interest.

I used every excuse in the book not to call. I’m too busy. Worried about my sister’s cancer treatment. Worried about moving. Worrying about why I don’t have more things to worry about.

Have you met “woe-is-me worrier” yet?

Side note: my sister’s radiation and chemo are complete for now. As of now, we’re still waiting on the follow up to see how the tumor is progressing.

Anyway, I finally got it in my head that I was going to call this woman. I’d sent her a text maybe a week before that never got answered. And I’m convinced that she was done with me.

As I’m at work I get a message from her. “Hey, I’d love to hear from you. How’s your schedule?” This alone leaves me caught off-guard.

I get off work and I speak to a potential coaching client. After that, I got some food. And after I eat, I’m trying to psych myself up to make this call. I mean, I’m digging DEEP, man! I’m playing my “get your mind right” songs I spoke about last week. And I’m still overthinking it.

And when I finally get the nerve to make that call…guess what…it goes to voicemail! AND her mailbox was full!

So yeah, I’m thinking that I know I’m done. How typical and how usual for me with the adult female humans.

I get home and let Pete out. And after I get done with that, my phone rings…

I’m way off guard here. It’s maybe 30 minutes after I made that call.

We ended things agreeing to say in touch and making plans to meet in person after both our schedules clear up. She’s a teacher and May is a nutso month for teachers. And I’m about to pack up my apartment and move.

I let my brilliance simply happen. I didn’t force anything. And in turn, I believe that let her own brilliance shine.

We all have brilliance that could blind the world. But we’re so worried about looking good and not looking bad that we hide our brilliances by forcing it.

We throw into triple coverage. We try to play a guitar solo with five strings. Or we turn off an interested adult female human because we’re so in our heads that we can’t see out.

Ease and flow – become a fan. That’s where real confidence is born.