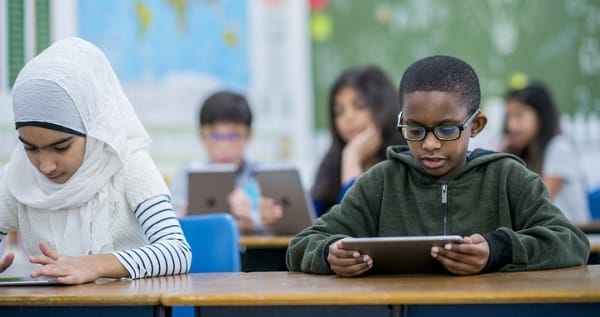 “Take her back! Take her back!” I yelled at my mother. She was holding my sister in her arms and had just brought her home from the hospital after giving birth. We were in the kitchen of a wood-framed house. I was standing next to a white fridge and was having a tantrum. I refused to get closer to my mother and the baby. This is among my first memories.

In this memory, I am a little less than 3 years old. There is also my brother, the middle child, but I cannot recall where he was the day our sister was brought home from the hospital. Our parents had us back to back. I am the oldest.

I wonder about the place that I wanted my sister to go back to. Obviously, one can deduce that I was referring to the hospital but I was too young to know that she had come from there. In my mind, she had popped up out of nowhere, and I wanted her to go back there.

The nowhere that I wanted to banish my sister to, was the place I found myself in a few years later. I felt that I was in exile when my family moved to New York City from Guyana. I was nine years old. My brother was seven and my sister six.

The move hit me hard. I cried for days and refused to eat. The newness of the city was too much for my younger self. My father wanted to ship me back to the rural village where I was born. My mother told him not to do this and she prevailed.

My dislike of New York City was compounded by the fact that I was a terrible student. The education I received in Guyana did not prepare me for the kind of education I encountered at Public School 3 in Brooklyn. Plus, I spoke with an accent and was awkwardly shy. My classmates, except for a few, had no empathy for me.

I had to acclimate to the new life quickly and worked hard to do this. My 9-year self knew my survival depended on how fast I was able to become American and, for me, this meant doing well in school.

By middle school, I was the valedictorian of my graduating class. By then, I had learned that the key to success in the public school system was to give back, neatly packaged, whatever the teachers threw at me. Some of them were good at their job. Others were there to collect a paycheck. In either case, both types expected me to act as an automaton and do as I was told—or rather, produce as expected.

The same banking system regarding learning, took place at church. I had become intensely religious by the time I became a teenager. I went to church just because it was another place to go other than school and it kept me out of trouble. Plus, there was a community there that helped raise me, or so I thought.

The gnawing feeling of not being satisfied was my constant companion at this time. I always felt I wanted more and that this more, was somehow unavailable to me. I felt that school and church were complicit in my exile. They were two parts of the same program – aiming to keep me docile and trying to bring me in alignment with the masses. In the same way I was trying to become an American – not as an individual, but as a cog in the machine.

It wasn’t until college, when I read Karl Marx, that I realized my younger self saw the world through a Marxist lens but had no way of articulating this. Primarily because of the work—or lack thereof—of church and school.

Prior to college, whatever existential freedom I experienced came through the intellectual plane and was found in books. These were not books that I was presented with in school but those I found by rummaging through the local public library or used bookstores in New York City. I had become a reader.

Reading fueled my thirst for knowledge. Early influences included Baldwin, Morrison, Dostoevsky, Cervantes, and the poet Claude McKay. I did not want to write back then, even though I dabbled in poetry, and this art form came naturally to me. I read for the sake of reading and to supplement what teachers threw at me.

I felt prepared for college not because of the education I’d received prior, but because I had taken the responsibility to teach myself what I was not receiving in the public school system. Through books, I became a free thinker. I also developed a love for writing. This tool came in handy for my major – religion, that I decided to study in college and seminary. However, writing was not my escape from exile, instead it drove me deeper into it.

Writing allows for the mapping of the farthest regions of the soul. There is no promise that the person will return after the excavation of feelings or thoughts. Rather, these are left on paper. They serve as a gateway for others to visit through the act of reading. Thus, the writer has an important yet dangerous task. Important in that he is doing meaningful work if he chooses to do this. And dangerous because there is no telling what might be encountered-emotionally or otherwise, during the act of writing.

This keen sense of what writing is, and how it affects both writer and reader, continues to play out in my written work. In one of my poems, I have the line, “escape is in books and fantasies.” In this, I am reacting to the limitation of the written word.

As a black writer, I know this is the case. I live in a racialized society where I am judged because of the color of my skin and due to this, I know reality calls me away from whatever refuge is found in my exile in books. I have to face life as it is.

I do agree that words empower me and they can serve as a weapon as I face the world and all it offers. But is there an end to that facing? Is there a passage over? Or, am I void of a place of banishment, similar to my sister on that fateful day my parents brought her home from the hospital?