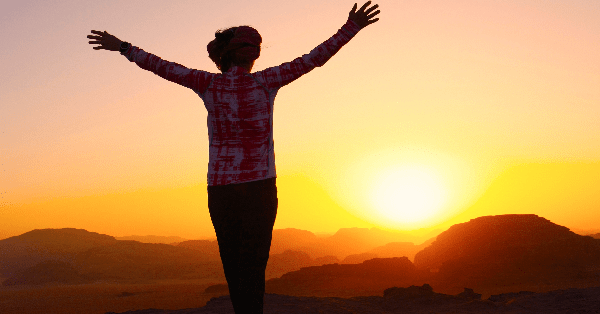 When I started my company two-and-a-half years ago, I had no idea the journey I was starting out on. That’s probably a pretty common line to hear coming from an entrepreneur, but stay with me here.

I see my life in three stages:

1. Pre-drug use and heavy drug use days

2. Giving up heroin and other drugs

I started doing what I do now, which is to find people podcasts interviews — out of necessity.

If you had found me back in May 2014, at 23 years old, you literally wouldn’t have recognized me. I was heavily addicted to intravenous heroin, trimming weed for dope money, bouncing around from junkie’s house, to junkie’s couch, to junkie’s parked-non-working car — continuously wearing out my welcome everywhere I went.

I wish I could say that quitting heroin was a no-brainer for me at the time, but I fought it.

I had basically surrendered my life to it, and openly admitted to myself and others that I wasn’t sure I’d be able to quit, ever. I did things I hate thinking about, to feed my addiction. Just the act of doing intravenous heroin and being around those types of people, is traumatizing. What often happens after the fact, is even worse.

I fought quitting so hard I almost lost my life, three times over.

After the third OD experience and waking up in the hospital, I had a serious “come to the Universe” moment, and realized I didn’t want to give up my life to this “thing.” I’m a stubborn person, I can admit it. I was so stubborn that I wouldn’t quit opiates, up until the point of IV-H use because I simply didn’t want to. But once that decision was made, that flip was switched.. That was IT.

I couldn’t let something like this take me out, what was I thinking almost giving myself up?

Quitting was tough. I often described my situation as being a self-inflicted terminal illness, that only I had the ability to cure —and I had to do it with my mind. It was a Courtney-built cancer that would inevitably take my life (sooner rather than later), if I let it.

I don’t remember much of the withdrawal period, something I’m grateful to my subconscious for blocking out — but from what I hear it wasn’t pretty. I was blessed with angels in my life, who helped me to heal and accepted me for who I was at the time, withdrawals and all. Not all addicts in my position are so fortunate as to have people who selflessly give so much for another person’s well being simply because they care — something I will be forever thankful for.

Shortly after I was clean for a few months, at age 24, I got pregnant with my daughter.

She was the biggest blessing I’ve ever received, and I believe if she hadn’t come along I would have dealt with a big-time relapse or two. Becoming a mother was the single greatest thing to ever happen to me, and was a transformative part of who I have become. Not just because I have a new person to love, and a life to care for — but because having her forced me to think outside the box.

Quitting drugs left me with a lot to deal with on the mental health front. A lot that I had been suppressing and numbing with drugs was coming to the surface, and it was a really wild ride for a while, for both my family and me. I was living with trauma and PTSD every-single-daily. I developed an eating disorder, depression and anxiety. Plus post-pardum, nightmarish hormones that triggered everything into a tornado of darkness.

All this going on, and a with brand-new baby in-tow, I eventually told myself “Situation being what it is, I don’t think I’ll be getting a ‘real’ job anytime soon…”

It was a rough go in the beginning, I won’t lie. I gave freelance writing a go, it didn’t really work. Thought about joining an MLM. Started a blog about natural health (which I still believe in).

Eventually my dad decided to hire me to help him with some lower level stuff that needed to be done for their business, write articles for his websites, and … find him interviews on podcasts. I did this for about a year and a half, and it was great. I’ll always be grateful for my dad for keeping me working and for helping me nurse this idea to life.

After a year and a half, I decided to branch off onto my own.

I put together a very novice-ly written email offering people my services, made up some package prices for what I was offering, and gave it a go! On the very first week, I made more than I did in two working for my dad.

It was at that point, I knew I was on to something big. Very big.

In the beginning days of Zippy Content, I was kind of shooting in the dark trying to figure out what I was doing.

I had a lot of people email me telling me I was a “spammer”, that what I was doing was “insane & ridiculous” and there was no way I was going to be successful.

I had people report my emails as spam and have them totally shut down in the middle of a huge outreach campaign for a brand new client. I had people try to scratch my name on social media because I made a small mistake, and sent them the wrong email. Shit was BUMPY in the beginning.

I kept doing the thing. Zippy was all I had. I had to keep going. “Fuck the haters”, I would say, often times choking back tears of rejection.

Eventually I found my tribe, my people who saw what I was doing, saw the value in it, invested in ME, and shamelessly promoted me. Once I hired my team, everything changed. We started to get GOOD at what we do. We dialed in every single little aspect of our internal processes one-by-one, and turned a cheap online podcast service, into a top dollar luxury brand who only works with the finest.

I guess the moral of the story is  — It really doesn’t matter what your past consists of. Shame, fear — those things can’t hold us back from a bright future, if we don’t let them. Take a baby step every single day. Getting out of the creek-bed is slow, and can look impossible to get to out of when you’re looking up from the rocky bottom, but if you just keep pushing, step by step, you KEEP GOING — eventually you WILL end up at the top of a mesa overlooking the entire AZ desert (personal experience).

More often than not, it happens much faster than we ever thought possible.

Courtney Blair, Founder/Owner of Zippy Content, started her business out of necessity and willingness by the universe. Zippy Content represents almost 200 entrepreneurs, authors, coaches, consultants, and just all around badasses from across the globe; orchestrating interviews with the COOLEST PODCASTERS ON EARTH.

Courtney is a mother to a 4 year old. Having faced and overcome challenges that most wouldn’t dream of she has entered a time of synchronicity and harmony in her life.

A conversation with Courtney is a chance to learn more about why podcast interviews are great for growing your business, how to make the most of interviews once they go live, why alignment is more important than number of followers — and get an inside look into her personal transformation.