Get Daily Email
Join/Login CLOSE
Home / Advice & Confessions / In Which I Mansplain—Mansplaining. 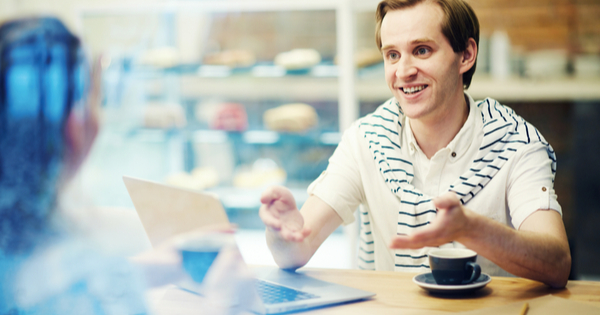 My Ex crosses the public rail tracks at a shallow angle on her bike. I call over my shoulder to cut across the tracks at a steeper angle. She screams at me to stop telling her how to ride a bike. Later, as we approach a tricky area with multiple tracks converging, I start to say something, but am afraid of her reaction. She flips over her handlebars and is almost hit by a car.

Mansplaining is defined as the action of a man explaining something to a woman, in a way that they deem sexist and/or condescending.

It’s understandable to see why this word was invented. There are endless stats, and stories of women being marginalized whether it’s lower pay and lower representation within a field, or the hard fact that men interrupt women and dominate conversation. Yes, it is time we men be aware of this and try to change.

Like many changes in our society though, we tend towards extremes whether it be food trends, parenting, or health. We go from no fat diets to all meat and fat diets. Parents have gone from spanking to not giving their kids any boundaries. We’ve gone from kid’s sports being overly competitive to dishing out participation awards. Now we have a situation where in addition to men demeaning women, we have women reacting instantly to any suggestion a man has, as manf*ckensplaining.

Proposing how to do things, how to solve things, and how to do things better are all good attributes in a human whether it’s a man or a woman. No employer wants someone that stands around like an idiot with nothing to add.

Categorizing all advice, knowledge sharing, and men explaining a topic to a woman as mansplaining is hurtful. If women roll their eyes every time a man opens his mouth to offer a suggestion, it’s on par with men dismissing woman.

Earlier this year after snowboarding there was a woman stuck in a minivan. Her tires were slipping on a slight incline and she kept gassing it when it clearly wasn’t working. I began to roll down my window to tell her to carefully reverse, go down the hill into the parking lot, and make a wide sweeping turn to gain momentum for the incline. I ended up rolling my window back up and telling myself, “F*ck it, I’ll probably be accused of mansplaining.”

A recent woman I dated is the owner of her own marketing agency. She started it after her divorce and it’s thriving. I have total respect for her. During dates, I’d listen to the challenges she was having which included working with various mansplainers in the construction business. I’d validate her accomplishments, and if something clicked in me, I’d offer my point of view, or suggestions.

I’d often preface my point of views with, “I’m not telling you what to do, or this is just an observation.” She still felt talked over. Even though she didn’t call it mansplaining, I could see her blue eyes lose their sparkle.

I wasn’t trying to be right, or assert my intelligence. I was just trying to offer a point of view. It’s a bit of a mind-f*ck hanging out with ladies nowadays. Do I offer to pay, empower her to pay, say something in response to the challenges in her life, or order another drink and sit there nodding my head like a puppy?

I know there’s a time just to listen in a partnership, but I shouldn’t have to think twice about offering advice to the woman stuck in the snow. I shouldn’t have been chastised for telling my ex-wife to cross the tracks at a steeper angle. Having dinner with someone I’ve been dating for four months should be comfortable enough for give and go about how to deal with our stressors.

I’m a Home Inspector, and I never assume to call the man when it’s a couple hiring me. Many times the woman is indeed the point person. She is the one that understands the structural and technical construction jargon.

Being Chinese, I know there are ancestral and cultural patterns of male dominance that need examining. I’ve also seen the negative effects that men in my mom’s life have had on her, and I don’t want to hurt anyone with that same behavior.

In fact, a lot of us men are trying. We’re giving more respect, listening more, shutting the h*ll up, and taking a second to carefully phrase our sh*t before we say our sh*t.

Men are naturally defensive. It only hurts the cause if women are too quick to judge and have too broad a definition of mansplaining.

It creates an Us vs. Them attitude that halts progress.

Hurtful attitudes and actions that have been going on long before Fred Flintstone first told Wilma, “I’m home!” aren’t going away overnight.

It’s going to be a while, and we’re all in this together.

So here’s the key, Ryan. Ask permission, first. After your friend downloads a situation or complaint or anecdote; if you have something to contribute, the first step is, “May I offer a perspective / opinion?” or “May I share with you what I do in similar situations?” She might say “no thanks,” but chances are you’ll get the go-ahead and she’ll hear you. Same with assisting a woman on an ice-covered grade. “May I help you?” before telling her what to do makes all the difference. Just jumping in with one’s POV – especially if one is male – smacks… Read more »

Facebook38TweetPin1EmailShares39
wpDiscuz
1
0
Would love your thoughts, please comment.x
()
x
| Reply
Share this ArticleLike this article? Email it to a friend!
Email sent!