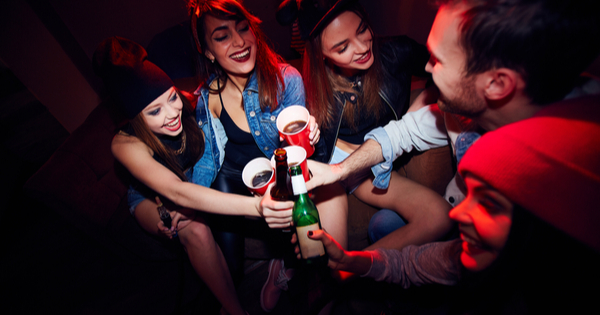 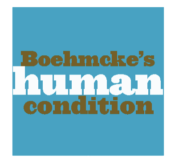 After my early interactions with alcohol, I didn’t drink. Didn’t even try. I wasn’t interested. There were kids my age sneaking booze from their parents’ liquor cabinets or getting drunk on weekends, but it wasn’t of interest to me. I just didn’t get it.

In hindsight, there was a lot I didn’t get. There was the high school I knew which involved sports, plays, and community service, and the high school of teenage rebellion I wasn’t even aware of; A Shadow High School.

Based on what I overheard, a lot of drinking happened at a place barely a five-minute walk from my house called “The Sump.” I didn’t really know what “The Sump” was as a kid. I still don’t. It was just the wooded “lake” between the town park and the driving range where people threw trash they couldn’t get rid of otherwise. As far as teenagers were concerned, it seemed to check a lot of boxes. Tucked away? Yep. Abandoned? Definitely. Dilapidated fencing so kids could easily sneak in? Apparently so.

What better place for teenagers to drink than the banks of an oversized basin of filth away from the prying eyes of adults? What parent would even think to look for their kid at a place called “The Sump?”

Part of why I know so little about the sump is I never went there. Though it was geographically close to my house, it seemed far removed from the reality I inhabited. Getting to the sump was more like an interdimensional border traverse than it was a walk around the block. Even if I heard about a sump party in advance, my tiny over-analytical brain was too full of questions. How do you get into the sump? How do you know where in the sump to meet? Don’t you get dirty? Am I invited?

People would talk about Sump Parties like it was Jay Gatsby’s house in 1922, which it probably was if Gatsby had been a trash-collecting hobo king who invited teenagers to his toxic waste dump to make out and drink stolen booze.

Though fascinated, I was unmoved by the siren call of “The Sump.”

However, I was still interested and would ask questions to those who were in the know. But asking too many questions invites questions. And it quickly became clear that I myself didn’t drink. The escalation happened quickly.

Do you drink? Do you smoke? Have you ever done drugs? NO? What are you, straight edge?

The term “straight edge” arose from the hardcore punk scene in the 80s. It found its way into my life through the mix of ska and punk music that invaded Long Island in the 90s. It meant no use of alcohol, tobacco, or drugs. While I hadn’t set out to be straight edge, once somebody labeled me as such, that is what I became.

I was OK with the title. Instead of being somebody on the fringes of everything, I was my own thing. Not that anybody cared beyond the 3 seconds of bemusement when they found out. At a certain point, while I hadn’t endeavored to be straight edge, owning the label and adhering to it, made it easier to define the outline of my identity in the amorphous years of high school’s primordial soup. I wasn’t pushing the lifestyle on others, I wasn’t shouting it from the rooftops, but I did have a straight edge button. It was my small badge of honor which I kept on the bulletin board in my bedroom.

It was my way of inadvertently saying I was cool with it, I just didn’t want it to be everything.

Because that identity, as was the case with any from my youth, confined me as I got older. I wasn’t planning on staying away from alcohol forever, but once I “became straight edge”, I feared what any infractions would say about me.

By the time I received my college scholarship in March of my Senior year, the days felt looser, a bit lighter. Knowing high school was coming to a close helped me relax. And so I began testing the waters. The occasional sip of my parents’ wine at their offering. A free taste of limoncello on the street in Sorrento when I was on a trip to Italy. I was preparing for the day when I would no longer wear this mantle.

What made that mantle hard to remove was that people had hardly believed it in the first place, which meant I spent time trying to prove it. The longer I went without drinking the more it became a part of my identity. I wanted to drink on my own terms, without it being such a big deal to everybody, again, assuming they cared in the first place, which of course they hadn’t.

I left High School without making it to the sump a single time. While back then I felt like I was missing out on being a part of something, I never felt like I was missing out on drinking itself. The sump now feels more like a metaphor than an actual place, an analogy for whatever Gatsby-esque HAZMAT pool I’m unwilling to stand at the fringes of, regardless of how many people are there.

And I’ve never been more OK with that.