Periodically as you go through your survivor journey, you experience new memories. Events come back into view, sometimes containing memories that you never recalled before, or instead ones that you had hints of previously but haven’t yet been able to piece together.

Before I get into the actual letter itself, allow me a few moments to set the stage of how this revelation came into focus, through the eyes of a childhood sexual abuse survivor.

Initially, when we start working through our past and opening ourselves up to exploring and understanding exactly what happened, new memories can come quite often. This can be not only confusing and intimidating but also frustrating. I can personally recall many times during the early weeks and months of working with a therapist, I would feel completely overwhelmed at what my mind was bringing to the forefront.

I wondered how in the world I could ever plug up the dam and stop the rush of emotions flooding every bit of my being.  It wasn’t that I didn’t want to work through my trauma, I just wished that the memories would slow down and allow me some time to process each one as it came. 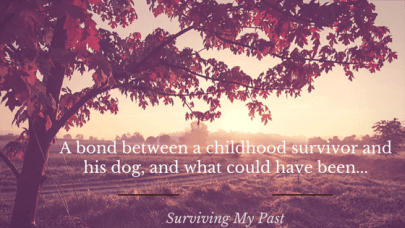 As we continue to progress in our survivor journey, the memories come and go and can vary in intensity. With each one, it’s essential to take the time to understand how it fits in with everything else you’ve worked through.

One such random memory came to mind for me, at a time when I least expected it; a time when I wasn’t even thinking about my own trauma.

My abuser, a 16 year-old who lived up the street from my house when I was growing up, never used any physical threats of harming someone that I knew. At least, so I thought until that memory came into focus recently. As it turns out, while talking with a colleague about the effects of trauma on our minds, I had a flash come into view of my abuser saying: “Don’t tell anyone, or else your dog, Petals, will get it!”

This hit me like a freight train, literally causing me to pause mid-sentence during a conversation. After regaining my composure, I begin to think about this and I was immediately filled with sadness not only for myself but also for what could have happened to my best buddy.

Petals was a sweet old dog who had been through a lot in her lifetime, but she always greeted us with a smile and a wag of her tail as best she could. She was your garden variety heinz 57 mutt.  I couldn’t even tell you how many mixes made up this old, faithful, family member. She was unique and special, and we all loved her very much, especially me.

This is my letter to Petals, the dog’s life that I saved in the midst of being sexually abused as a child.

You were the first dog that I ever really knew and loved, and even though mother never liked dogs, she gave in because the rest of the family are animal lovers just like me. 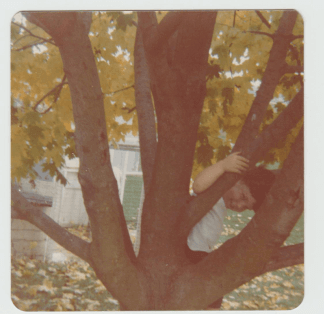 One of the first memories I have of you was playing in the big tree in the front yard, just across the driveway from where you spent most of your day basking in the sun on the green grass. I would come out of the breezeway screen door and onto the sidewalk, and even though you were nearly deaf, you always turned around to see me. Your ears perked up, and I swear I could see a smile on your face. Your tail would wag just a bit, even though it was long since broken from that car that hit you, I always knew, that inside you were wagging it proudly and happily.

I would walk over and say, “Hey girl!”, sit down beside you, pet your head,  and give you a big hug and a smooch on your nose. Then I would go over and climb my favorite tree and sit on the first big branch and just hang out. I always felt like I was larger than life sitting in the big tree, looking down at the yard. It was a safe tree, not only because it was an old, strong, maple that lifted me high above the ground, but also because I knew you were just across the way keeping a watchful eye.

Little did you know, Petals, that things were not always as they seemed when it came to me. You see, as it turns out, I am a childhood sexual abuse survivor and unknowingly you were nearly affected by that too.

Do you remember that kid up the street who had the blue mini bike? Well as it turns out, he did things to me that have altered my life in ways I could have never imagined at the time. He wasn’t the cool, nice, kid that our parents thought they knew. He was evil, he was a sexual abuser, a child molester, and he did horrific things to me, many, many times.

I never knew it until recently, but I had a memory of him saying that he would hurt you if I ever told anyone what he was doing. I don’t really know why that memory took so long to show itself, but it did, and I was filled with sadness at what could have happened to you. You wouldn’t have deserved it at all.

To think that someone is capable of threatening an innocent dog, and using you as a pawn just to keep an evil secret from the world, still haunts me to this day.

So, without me even knowing it, I may have saved your life, sweet friend. You know that I loved you and I have never forgotten you. I would have done anything for you because you were my first real friend. A buddy who, even in your later years when you were nearly blind and deaf, was always there for me.

Thank you for being such an amazing friend, Petals. I will never forget you, and I’m so glad he never got a chance to hurt you.

Previously published on Surviving My Past

My dog was not so fortunate. My abuser was my (dad). It was non-sexual as I recall but graphic and brutal in every other way. As a teen I feared for my well-being and at times, for my life. I knew he despised me and I was sure it was my fault. As an innocent child and naïve young person who was kept in the dark, I didn’t at that time recognize his broken wretchedness and rage filled brutal dysfunction. He was bi-polar, narcisstic and psychotic. He was intelligent but too broken and ignorant to recognize that in himself. I… Read more »

Facebook40TweetPinEmailShares40
wpDiscuz
1
0
Would love your thoughts, please comment.x
()
x
| Reply
Share this ArticleLike this article? Email it to a friend!
Email sent!