Does a miniature motorcycle make you less of a man?

Despite an enduring illness, one day I chose to venture out into the sunshine and cool breeze, endeavoring to blow the germs off me.

This is what I call a lie. In actuality, I left to play a couple half-assed rounds of wiffle ball. However, in doing this I was able to witness a young boy, of perhaps 14 years, cruising past on the nearby sidewalk, riding what is called a “mini bike.” You can understand the origins of the term simply by looking at such a device and trying to describe it. “Well, yeah. That looks like a bike. Just, you know … mini. Huh.”

That last little, “Huh,” echoing in the recesses of your head? That’s emanating from the part of your brain that detects warning claxons every time life conflicts with supposedly-common sense. It’s begging for understanding. Why would spend your money on that?!

Frankly, I have no idea. As best I can figure, it’s a type of novelty, something First World nations buy out of Brookstone catalogs with rebate checks from the taxes on which they cheated. It’s the type of thing that makes people who are well off (but not well enough to actually afford their own mini bikes) think, “Well, maybe the terrorists do kind of have a point about our spending sometimes.”

Let me put it another way:

The kind of people who buy  mini bikes are the same people who think that it is OK to carry their dogs around in purse-like harnesses. Have you ever seen one of those dogs? What’s that dog thinking? Doesn’t he look happy? No! He’s thinking, GODDAM IT, YOU ASSHOLE, PUT ME DOWN! I AM A DOG! I SHOULD BE ON THE GROUND! YOUR REFUSAL TO LET ME USE MY LEGS IS GIVING ME CANINE DIABETES! DO YOU SEE MY TONGUE OUT?! I’M NOT HAPPY! I’M A DOG! I DON’T SWEAT! THIS IS ME DEHYDRATING AS YOU DRAG ME ACROSS THE BEACH, YOU TERRIBLE DOG OWNER! WHY DID YOU EVEN BRING ME HERE?! I HAVE SAND IN MY EYES! THIS IS A TERRIBLE PLACE FOR A DOG!

(I may be paraphrasing.)

These people have no consideration for the natural state of things. They believe that a smaller version of a regular-sized thing is either more awesome or more adorable. Yes, this might apply to animals or high-capacity USB drives or smartphones, but the sad fact of the matter is that this does not apply to motorcycles.

Let’s look at a motorcycle, say, a Yamaha YZF-R1. Yeah, that’s a motorcycle, but it looks a little like a mini bike, too. All that exposed plastic and bright colors. This is what Big Strong Manly Man calls a “crotch rocket.” You ride positioned like the receptive end of a prostate exam, waving your big, brightly colored attention flag, which shouts, “Look at me, look at me!” as you drive by.

Real Man prefers nothing short of the name Harley Davidson, but he will really settle for anything that looks similar. A Honda Rebel 125 can even do, in a pinch. It’s not some little Japanese sport piece, but a road bike—technically a touring/cruiser hybrid with great gas mileage and a starting price of only about three grand. Ideally, I’ll have one before I’m old enough to call it a mid-life crisis. There’s also the added bonus of being a Honda, which means that not only will it continue to run, despite a near-complete lack of upkeep (unlike American vehicles), it’s actually made in Ohio by American jobs (again, unlike American vehicles). It’s the bike you get as a first bike, something to dent and ding and wipe out on so you’re all practiced and safe by the time you get a real Harley.

No, no one questions your heterosexuality (out loud) when you’re blasting down the street on one of those monsters. Harleys start at an asking price about the same as a foreign car. A foreign car with options. Even with that little windshield, a bitch seat,  a sissy bar, and a couple of those saddle bags I can’t stand strapped to its motor-ass like a combustion-powered pack mule, those animals look sick. Personally? I’m probably going to stop at the Rebel because I know, I know I’m not man enough for a Harley. That’s how badass they are.

In fact, Manly Things only get progressively more manly when they get bigger. A Tall boy? Manly beer. A 72-ounce sirloin? Manly steak. A Chainsaw? That giant manly saw thing they use to level mountains. I guarantee you no man riding a giant motorcycle will look as stupid as a man riding on a ridiculous little mini bike. I mean, unless it’s got tiny little training wheels or something.

David E Zucker is a malnourished, though not yet technically starving writer living just outside of New York City. He was raised by Saturday morning cartoons and near-feral cats, but is otherwise a pretty sweet guy once you get to know him. His daily ramblings are posted at www.soundadoggymakes.com

What perspective on masculinity do you think your article supports? Even as a humor piece, what insecurities and destructive definitions of masculinity are you playing on, and thereby perpetuating?

I guess what I’m trying to figure out is, how is this article good for the world?

Great question! On one level, I could simply say, “Art does not need, nor should it ever really have a ‘point,’ and humor itself finds its validity in simply causing laughter,” however I feel like that would be a cop-out, even if I agree with that to some extent. Neither NEED a point or a message or an agenda, but likewise those things do not hamper a work of comedy. A more direct answer: the article only perpetuates “destructive” (I agree with you that they are) ideas of masculinity facetiously. Obliquely, it’s deconstructing the masculinity descriptors “big,” and “small,” and… Read more » 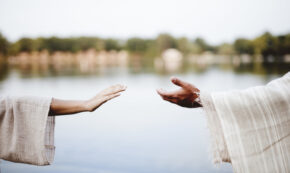 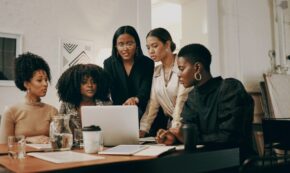 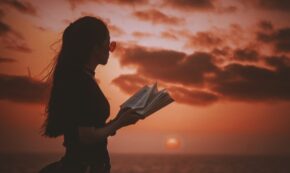 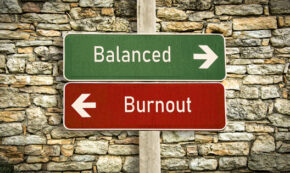 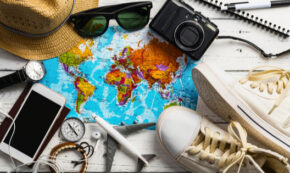