This week marks four years since I did what no one should ever do: quit a job without another one lined up. I had it all figured out. I needed to travel. I deserved to travel. That was the rational I provided myself. I had only worked for my current employer for nine months, but my mind had been made up. I HATED that job. There was nothing else to it. I took the job for all the wrong reasons: It paid well and was for a prominent company with a good reputation. What was I thinking?

Let me start from the beginning. It was November 2011.

I fielded a random call one day from a recruiter. I was living in Pasadena at the time and knew they had warehouse locations in Ontario, Fontana and Rialto, three cities about 50 miles to the East in the region of Southern California known as the Inland Empire. I had lived in that area for four years during college, then two after, and while I was enjoying myself in Pasadena, I was willing to compromise with a reverse commute or possibly even moving in that direction.

I always had the mindset that when a recruiter reaches out and starts asked questions you should always say yes. I mean, that makes you more desirable, right? WRONG! (I used to apply that same strategy to dating which led to quite a few bad dates, but that is a story for a different time.)

Saying yes to a recruiter will only get you so far…or in my situation it got me really far.

Are you familiar with working in a warehouse environment? Yes (true)

Are you willing to relocate? Yes (NOT True)

When I was asked that third question I answered yes without thinking because I knew that this company’s distribution centers were local-ish, but I would still probably need to relocate so I was closer to work with a shorter commute.

Then he asked me:

How do you feel about working in Bakersfield?
Jaw drops. Speechless.

I was completely caught off guard. What I should have said was, “Oh, when you said relocate, I thought you meant to the Inland Empire. I’d prefer to stay somewhere in Southern California.

I didn’t do that. Instead, I rolled with the punches. I said yes. And before I knew it I was changing not one major component of my life, but several:

The recruiter sold me on a four-day workweek. When I asked him what hours I would be working he told me the shift was Tuesday to Friday from 6am to 4:30pm. Four tens? Sweet. In reality, leading up to my first day my boss told me to be there at 5am. 5am?! What happened to 6am? As it turns out, my employees started at 6 but I was expected to be there an hour early for a “pre-sort” phone call.

Waking up at 5am was one thing, but 4am was a whole different ballgame. I never slept well in fear of oversleeping. Two to three days per week after work I would join my new coworkers for happy hour which led to more than my fair share of drinking and eating bar/d food. I was spending money almost as quickly as I was earning it. My weight crept up and before I knew it I was starting to question my possessions and why I didn’t have better stuff. One month I checked my credit card statement online to find a $3000 balance. Three thousand dollars in one month? Holy shit. I realize there may be some people reading this who think that $3000 isn’t a lot of money, but to the rest of the world that was way more money than someone should be spending. I don’t remember everything I bought that month, but one thing that stood out then and still does today was my season pass to Mammoth Mountain, which is a ski resort about 300 miles north of Los Angles. At about $670 it was a bit of a spend.

I supervised mechanics who kept the building running.

When the warehouse is 1/2 a mile long you need wheels.

I had always thought of myself as an environmentalist, or at least environmentally aware…mindful, but this position was transcendent in leading me to the person I am today (the Zero Waste Guy, of course). Every day for hours on end I found myself on and around conveyor belts that transported “stuff” from somewhere within the warehouse to an automated sort system that went down a chute to where it was loaded into a trailer (or in this case probably 100 trailer per day). From there each trailer was trucked to one of the 75 retail locations that we served.They performed preventative and corrective
maintenance on conveyor belts, fork lifts and pretty much every piece of equipment in that 1.86 million square food warehouse (yes, it was that frickin’ big). My job was easy. I mean, I don’t want to marginalize the position, but there never seemed to be any pressure. You did your best to complete all your tasks, but if you couldn’t finish them today you would finish it tomorrow. I wanted to be a leader who drove change, but that was more than was required of the position. I don’t want to say outright that my job was easy, but I didn’t feel like it was stimulating enough.

If you can think of it, we sold it. This drove me nuts. I couldn’t handle it. After nine months I quit. When I gave my boss two weeks notice he wanted to know if I was going to another retailer. I should have said yes, because then he would have walked me out and I would have been paid two weeks for nothing. God forbid I take those last two weeks to document all their trade secrets…but I digress.

I quit a job that paid great money, was only four days a week and not mentally taxing so that I could travel Europe to find myself. I let my mind wander which sent me into a panic that allowed me to rationalize to myself why this made sense.

Here are some of the reasons I quit my job:

1. I should have started at a higher position

2. I should have been making more money (I somehow became acutely aware of all the people I knew who were making more than me)

3. I should have been driving a nicer car (there was nothing wrong with my Civic)

4. I shouldn’t have to wake up so early

I’m sure there were more reasons, but I can’t think of them at the moment.

The point is, I allowed my mind, my job, my boss and all the other things that I perceived to be out of my control get the best of me. Even though I resented the money, the employer, the boss and the “stuff,” I wanted it. When I say this, I mean I wanted the fancy car, the promotion and more money.

Quitting that job was a bad decision because I was not in control of my life or where I was headed. I thought I was in control but I wasn’t. I appreciate that experience much more today than I did back then. I wish I had done things a little different, but I don’t have regrets. Two thousand and twelve was a difficult year but I am a stronger, more grateful and authentic person because of it.

This article originally appeared on zerowasteguy 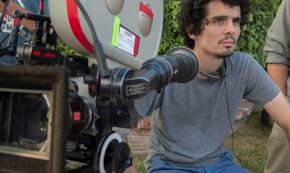