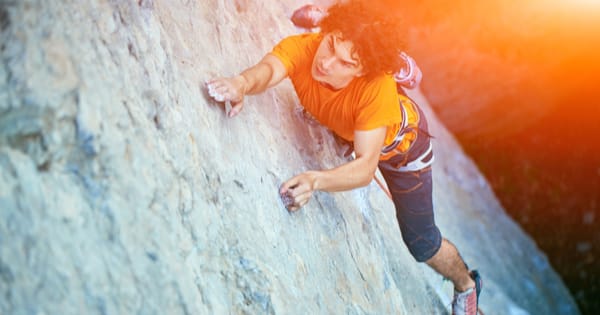 If you’ve had a chance to read some of my articles before you’ll know that I’m a productivity consultant who has lived in Japan for over 20 years. You’ll also know that I’m married to an amazing woman and have one incredible son.

If there’s one thing I love more than my work and helping people and companies, it’s my family. Being a parent is a special joy. Seeing your own child grow is amazing. Every parent knows what I’m talking about. But what I didn’t expect was how much my son would teach me about life and success.

Two weeks ago, my son attended his second Junior Olympics for swimming. Both times he joined as part of the freestyle team, but this time he also qualified for 50m individual freestyle.

His team was ranked 6th in the country, and in the preliminaries, they came in 6th. They were in with an outside chance of taking home a medal, but the competition was fierce. I ran into my son after his race and asked him how he felt and he said he felt good. As we finished up our little chat, I said, “So do you think you your chances are in the finals?” He said, “I’ll do my best to bring home a medal.”

As the first swimmer hit the water in the finals, I really believed they could do it, but when he touched the wall, I looked up to the scoreboard and saw they were in 8th. Bye, bye medal.

My son was next and he swam like he was possessed, moving them up to 5th. The third swimmer managed to move them into 4th. One swimmer left.

After the final turn, it was clear one team was slightly ahead of the pack, but the fight for silver and bronze was going to come down to the wire. As my son’s teammate touched the wall everyone looked up to the scoreboard for the official time.

They had done it. They beat out the 4th place team by 0.1 seconds. Truly a team effort with three of the four members posting their best times. It seems my son has a flair for the dramatic. Last summer his team qualified by .11. This time around he qualified for individual 50m by .04. And this time around, they came from dead last to third.

The one thing I hear a lot about today is how “unfair” things are.

When it comes to sports, especially swimming, there’s nowhere to hide. Regardless of how well you do, especially in swimming, sometimes you lose.

There will always be people who are faster, stronger, more agile, or more intelligent than you. But often what separates the best from the rest isn’t their god given talent, it’s perseverance.

Swimmers spend years perfecting their form. Tennis players hit thousands and thousands of forehands to perfect it is. Basketball players practice passes, lay-ups and jump shots till the cows come home. No matter what the sport, to play at an elite level, it’s hard work. What’s more, it’s boring.

I do believe that in life, whether it’s in the boardroom or in the swimming pool, hard work pays off. It’s not about how much God-given talent you have, in the end, it’s what you do with it that matters.

We all start off at different starting points in life but if you’ve had everything handed to you on a silver spoon, then you won’t know what it means to struggle to achieve success.

Look around. The Bill Gates and the Mark Zuckerbergs of the world weren’t famous before they created their companies. They earned it.

My son isn’t the number one ranked swimmer in the country, nor do I want him to be. I want him to learn the joys of success and the pain of defeat. Both contain powerful lessons.