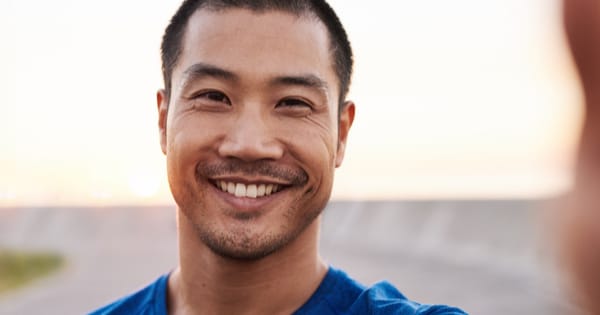 Eight years ago, I finally caved. One morning, I woke up at 5 am and hit the gym before work rather than waiting until after work, which was my usual routine. It seemed like the thing to do.

After all, I kept reading about why we need to gym-it-up before the workday hits. For example, according to this source, working out before work:

Okay, fair enough. All those things sound great, so sign me up. This site also says morning workouts can improve your mood and work habits, provide more energy than sucking down coffee and also creates a healthy habit for life.

Super cool! Okay, it seemed like working out in the morning rather than the evening was something that I needed to do. I wanted all those job benefits, too. And that “strong tone” stuff? Yeah, I’m all over that.

And, there’s gotta be a good reason why more people workout in the morning than the evening, right? I mean, several studies have discovered this trend.

Okay, back to the story. I woke up at 5 am instead of my usual routine of around 6. Half-asleep, I gathered my gym clothes, packed some work stuff to change into after, and moseyed out to the car, wondering how this will possibly work.

I hopped in the car and drove to the gym. Parked the car, walked into the gym and I got my very first impression of what morning workouts were like.

Apparently, everybody’s been reading those articles because the gym was mobbed. An absolute zoo. It was easily double or triple the number of people in the gym than I was used to, even at that hour.

Warmed up on the treadmill a bit, then hit the weights, which is my preferred method of exercise (resistance training).

Without boring you with the details of the workout, it was easily one of the worst workouts I had, and for several reasons:

Nobody is an expert in your life but you

The point of this story wasn’t to prove that morning workouts are inferior to afternoon or evening workouts.

If morning workouts work better for you, that’s great. Workout in the morning.

The larger point goes to how convinced we all naturally get when we keep hearing the same thing over and over again. It eventually becomes the truth.

I tried what everybody said was one of the best ways to workout, and it sucked for me. Sucked thoroughly. I kept the routine up for about a week, then ditched it and went back to my normal evening routine.

In the evening, I lifted heavier, had significantly more energy and no longer felt the need to rush or stop because the workday was already behind me.

It was a far more effective way to work out when I held down a full-time job.

I believe that life is one big experiment

I like to think that life is just one big test-bed. You try out some stuff and observe the results, and the smarter ones among us will change some shit up if things aren’t working out. Then again, if it works, you keep it in.

If it works for you, that means it works.

It doesn’t matter if it doesn’t work for your neighbor. Or family member. Or this research study proves that it doesn’t. Or that expert swears by something else. If it works, keep doing it until it doesn’t. Once it fails, move on.

That’s the beauty of a being the only expert in your life.

For example: We had a mouse problem in the Airstream a couple of years ago. Yeah, those cute-faced little vermin were crawling around in our 200 square foot home on wheels.

We were in Oregon on the coast, and it was damp and we had to park our Airstream in some grass – total mouse country.

Eventually, we determined that placing lights outside the Airstream at night will prevent mice from coming in because they don’t like the light. My folks – who also RV’ed for 13 years – used a few of those ultra-sonic emitter things that worked wonders for them.

Anyway, we posted a video about our successes on YouTube in the hopes of tipping off other people to this possible solution. One video commenter responded with a study that “proved” that neither light NOR those ultra-sonic emitter things actually work in preventing mice.

But here’s the thing: It worked for us. After four complete years of using lights, we haven’t had a single mouse inside the Airstream. Not one, and yes, we have stayed in very similar camping environments.

In fact, we’ve even seen them outside a couple of times.

Thus, neither Courtney nor I care about what some study supposedly proves. This solution works, and we’re the most important test subjects in this little experiment of ours.

We’ll keep doing it until it no longer works, then we’ll find another solution.

This reminds me of that whole “getting up early” thing. “Experts” say that early risers are typically more successful than those who sleep late. As an early riser myself, I can flatly state that it’s worked for me. Getting up earlier in the morning has had a profoundly positive effect on my life.

But, that doesn’t mean it’ll have a similar effect on yours. And, that definitely doesn’t mean that working out early in the morning will be effective for you.

Getting yourself up an hour earlier won’t necessarily put another $100,000 in your bank account this year. And frankly, if you’re totally kicking ass by rolling out of bed at the crack of noon, then keep doing it. If you’re satisfied, don’t change a thing. Keep kicking ass…doing what works for YOU.

Because nobody is an expert in your life except for one person.

Don’t get me wrong. I’m not telling you to ignore any and all advice you get. On the contrary, seek out advice from those who are more successful than you. Take their words to heart and, if the motivation is there, try out their stuff. See if it works. If it does, great. Thank them with a beautifully smooth bottle of Scotch and move on with a big smile on your face (which should be completely unrelated to said Scotch! :)).

Another example: I know a guy who can practically think about growing muscle and he’ll get huge. He has that bodybuilding body type. Me, on the other hand?

Yeah, I gotta work ten times as hard to build the same muscle.

What works for him doesn’t work for me. Like, not even a little bit. I need to work harder, and I know that because I’ve experimented enough with my fitness training routine to know what works. I know how many reps and sets are most effective for me (for the record, it’s volume – I need to do a lot!).

It’s seriously frustrating, but hey, we can’t all be natural bodybuilders.

But, we sure as hell can all be experimenters. Don’t assume something that works for an expert, blogger, professor or anyone else will automatically work for you. Try it and see. If it does, great. If not, no big deal. Move on.

Keep focused on the most important expert in your life: YOU.

Steve is a 38-year-old early retiree who writes about the intersection of happiness and financial independence. Steve lives full-time in his 30′ Airstream Classic and travels the country with his wife Courtney and two rescued dogs.