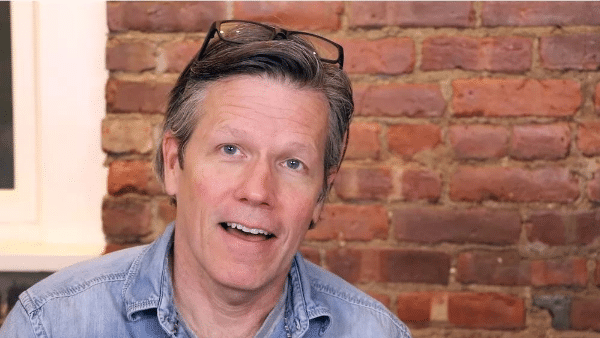 He is the founder of Remaking Manhood, a Facebook community promoting a wider-ranging conversation about masculinity. Mark’s articles on masculinity have been shared half a million times on social media with 20 million page views. He has written and spoken about men’s issues at Salon, Shriver Report, Huffington Post, HLN, BBC, and the New York Times.

He’s the author of The Little #MeToo Book for Men and Remaking Manhood, and the co-author along with Dr. Saliha Bava, of The Relational Book for Parenting.

In this Living OUT Leadership Interview, we cover a broad range of topics that relate to the problems of masculinity and man box culture, the patriarchy, bullying, silencing, and policing gender.

The Man Box and #MeToo for Men

Mark explains where the term, “man box” came from and how he defines “masculinity”. Men have been taught to suppress, deny and take for granted their masculine identities. Men are taught from an early age, as young boys, to think in a certain way, including to not show their emotions, to be a leader, aggressive, dominant, sexually active, care and talk about sports, and to be a real man.

The challenge with man box culture is that it is brutally enforced between men.

It abuses boys and men to conform to restrictive ideas for decades over the course of men’s lives that has a traumatic impact on men’s emotional state, sense of identity, the performance of masculinity, and connection with others. These are all crucial aspect in whether men can or cannot form relationships at all, and is one of the reasons for the increase in social isolation and loneliness of men.

Bullying as a form of control and reinforcing the hierarchy

What are the effects of bullying on men – on the person being bullied, and the bully himself?

Greene explains that we all knew the script. We were all taught the script. We had to denigrate women and LGBT people in order to be allowed to not be a target and to fit in. The kids and boys in our community who were awkward, with disabilities, or couldn’t pull off the appearance of masculinity became permanent targets. A culture of dominance, hierarchy, and abuse needs a permanent population of targets, namely women, LGBT people, and boys who don’t fit in.

Empathy: Not the kind of courage men are taught to present

We beat out of young boys empathy, connecting across difference, and caregiving. Then we shame them if they exhibit those tendencies.

In the world of gay men, we often see self-identified, straight-acting gay men who may use terms on dating apps like, “Masc4masc, looking for other “dudes”, and “no femmes”. The word straight-acting is an ironic misnomer: those claiming it are in fact, acting!

Many gay men do not know how to be men within the dominant culture, let alone within the culture of other gay men. In my Living OUT Interview with Jeffry Iovannone, we spoke about what Iovannone calls the “normate” gay:

Normalization of identity to subjugate the feminine

When men don’t speak up about everything from locker-room talk to rape, they continue to reinforce silence and condone the behaviours of man box culture.

Greene references the recent Gillette advertising campaign that challenged man box behaviour and rilled up people like Piers Morgan and James Woods. The pushback against Gillette is what Greene refers to in his book as “suppressing fire”, a warfare term that is way to reinforce the “integrity bind” that controls men’s speaking “out of term”, to keep them from questioning man box culture and to remain silent, thus preserving the status quo.

We wrap up the interview with Greene’s thoughts on ending the gender binary, Kevin Spacey and the privilege of sex and power, the current “man box culture 101” president of the United States, the dangerous and extreme version of the patriarchy in fundamentalist religion, and finally some hope for the younger generation in terms of the expression of self in gender, sexuality, and politics.

Unless otherwise noted, all quotes are from The Little #MeToo Book for Men.

Darren Stehle is the host of the Living OUT Podcast where Queer Thought Leadership meets personal growth and social justice. He is also the founder of Th-Ink Queerly on Medium. As a personal leadership coach, Darren helps gay men use their difference to make a difference: to lead others in creating a more humane world. Discover more at DarrenStehle.com.