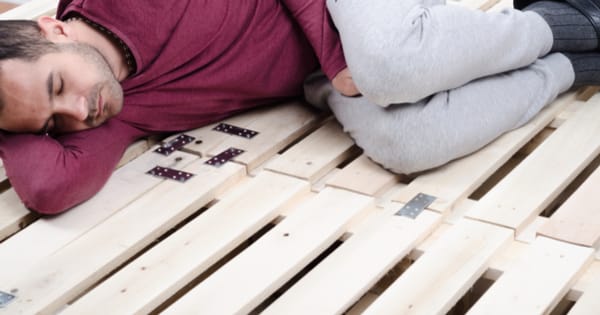 While having a conversation with a male friend of mine, I realized the more we talked to each other, the less sense of understanding and connecting was occurring. It was like a tribal dance, one dancer keeping his moves smooth and quick, while the other laid back waiting for his break into the dance. The main objective of conveying information and collaborating in a discussion was lost in the dance. It is unmanly to dance with reassurance and comfort with another man.

The language of men is a language of warring, conquering, not feeling compassion because that was women’s work and languaging. Only being the alpha man saving his woman was there any show of caring and compassion.

When you begin to live and repeat the limitations of the man box, you shrink from being a complete human being. You begin to dance in a room of four corners and no front or backdoor. To get out you have to escape through the window after you have seen the light.

I learned early the reason men talked was to establish a top positioning within the room, yard or court. While I was raised in a household of strong women, surrounded by strong men. I believed I could be anything I could imagine.

I realized I was angry at my friend because he would not approach the topic of the conversation because he did not feel empowered by the requirement of being in a place of strength and a  deep comfort level of intimacy. He danced around giving a straight-ahead answer and tried to take control of the discussion by changing the subject matter and then making new rules to redirect the conversation. I felt as if he had a chance to make himself be truly vulnerable, he would lose control and in his mind, he would ultimately lose the game and fail at the dance. I felt safe in the dance and he did not.

We had two different upbringings, him being raised in a male dominant household and me being raised in a female-dominated household, along with strong men. I felt the reason we were friends was that he respected my sense of balance of my divine masculine and feminine. What I did not realize was he was attracted to my personality, but he was also challenged by it. What you think, you become. He could not speak a language of compassion while speaking to another man. We were caught up in a ritual of war of the words and bad communication. No one was winning. The dance was uneven and the game was lost.

The act of releasing and allowing is a product of the divine feminine. Examples of women having monthly periods and having babies show us a living echo of cyclic, seasonal life as important reminders of life and birth. The divine feminine is the heart and the womb,  living life within. The mind of the divine masculine is an act of gaining power through aggression, marking your ground and ego based manipulation with a strong will to live. The releasing of the seed begins the process of life and it is turned over to the woman, the combining of the seed within the womb. The sperm races to implant the egg. When it has succeeded in joining the egg, a child begins its formation process. The yin and the yang have been achieved. The game of life is winning.

I am comfortable within my yin and my yang and I attract, strong women and strong men as friends, lovers, working partners, and clients. I now know I give them permission to be themselves by being a living example of divine masculine and feminine. The alignment of the two creates balance. As an androgynous man of color, I come from a history of the males being the proud peacocks, from the Africans and the native Americans, two large segments of my culture. Recognizing your divine feminine does not erase your divine masculine, it creates a strengthened platform to work from, which allows you to be a more rounded you.

When you feel the alignment of the yin and the yang, you find more tools to keep yourself in balance and you begin to wake up in serenity. When you image and allow yourself to see the unfolding story and your part in it, you gain a sense of purpose and vision.

We see women gaining more places in leadership and men going down for misuse of power. We see men gaining a deeper sense of compassion and cooperative living. We are looking for balance in our modern way of living. We hear voices who historically were silent or underground. Right actions and right thinking are above ground now. It is time for change and a calling for a conversation of high quality and efficiency.

I imagine or envision a world of equality and clear communication, an art of living that allows personal and political freedom based on intimate integrity and compassionate thinking.

I imagine or envision a willing world to create a cooperative, economically balanced society that supports the planet and its inhabitants.

I imagine or envision men can release the grips of power and learning new ways of seeing and using power.

I imagine we are forgiving ourselves for having to be sleeping in the beds we have made and I am so glad we have had this conversation.

Facebook23Tweet1Pin2EmailShares26
wpDiscuz
Share this ArticleLike this article? Email it to a friend!
Email sent!