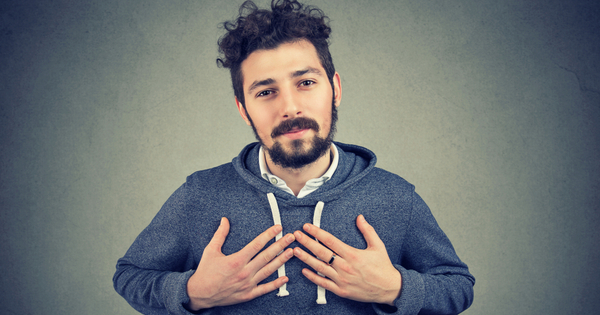 I truly believe that many men in the world aren’t fully self-expressed. We don’t let ourselves be still long enough to express our selves from our heart. And in writing this article, and finding the inspiration to write this piece, I believe I’ve had a breakthrough in my own self-expression.

Oh, and there’s a cool punchline with this song I’m going to talk about. I’ll share that at the end.

I must’ve started and deleted ten different attempts at writing this opening paragraph. I’m overthinking, fretting, angsting, and being a total worrywart.

For an article I want to write about sharing your truth with the world, it’s a tad disconcerting.

Honestly, it’s usually my Dad speaking to me from beyond the grave.

I trust my soul and my intuition, and I listen to whatever comes up for me. And my Spotify landed on a 2007 live album from Eric Clapton called Eric Clapton – Live in San Diego. This album features the late bluesman JJ Cale on several tracks. Clapton and Cale had a very close personal and working relationship for a long time.

Side note, Clapton’s band is insane on this album. Steve Jordan was the original drummer with the Saturday Night Live band. Doyle Bramhall II and Derek Trucks (AKA, my favorite musician on God’s green earth at the moment) are both on guitar. And Willie Weeks is on bass. Willie’s played with everybody from Chaka Khan to Bette Midler.

I know without a doubt that my Dad was telling me to listen to this album for the leadoff track alone.

It begins with Eric playing an almost country-sounding riff, before the rhythm section starts bumping.

“Tell the truth! Tell me who’s been foolin’ you.”

They’re playing the Derek and the Dominoes song called Tell the Truth. It’s off of their only studio album. The album that produced a little song you might’ve heard of called Layla.

There’s a really cool back and forth on the live album between Eric and Derek that really crushes!

There’s a refrain in the chorus that really got me thinking. And I know was Dad coming down and shaking me and telling me to feel it.

I’m 42 years old. Granted, I’ve aged more in 2019 than in the first 42 years combined. But those breakdowns and those fears have been well documented.

And I consider myself one of the finest writers in the world at the moment. Very few can turn out the quality content that I do here on a weekly basis, to say nothing of my books and all the other content I produce.

I’m one of the finest writers in the world right now. As an author, I could be a lot better. But as a writer, I’m world-class.

And even now I’m not fully self-expressed. Not with my creativity, my soul, or with my life.

I’ve given public speeches. I’ve performed karaoke. I took an improv acting class. And on the day this piece drops, I’m performing at a standup comedy open mic in NYC.

But this isn’t even close to what I’m fully capable of.

If full self-expression is something you’d like to create in your life, I’ve got a few practices you can take on for yourself. Because I know that I’m not the only one who is facing these sorts of roadblocks.

If you truly want to express yourself to your full capability, you can’t do that when you’re being a good little boy.

You do this simply by remembering that you’re a badass trailblazer of love and light and that you have a voice that can lift whole houses off the ground.

I’ve been listening to that Eric Clapton album off and on for a couple of years. And I never understood this lyric until today.

I never GOT it.

“Hear what I say, every word is true. You know I wouldn’t tell you no lies (Tell you no lies.) Your time is coming. Gonna be soon, boy.”

Here’s the punchline. Did you know I am actually less than six degrees of separation from this song…and Eric Clapton?

Eric Clapton was in Derek and the Dominoes.

The keyboard player in Derek and the Dominoes was a man named Bobby Whitlock.

Whitlock is credited with co-writing Tell the Truth.

After Whitlock left the Dominoes, he joined another band and replaced their founding member.

The keyboard player he replaced in that Alabama-based band was named Tony Hall.

Your time is coming soon too.