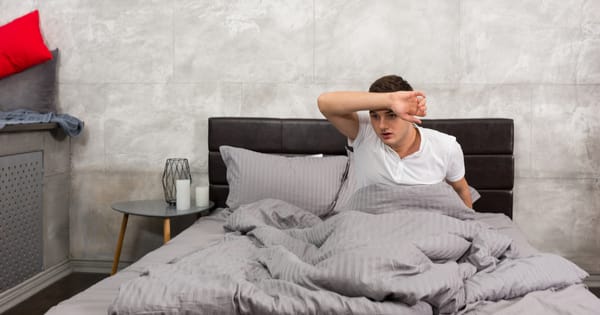 I should have known I was dreaming when I walked blues singer Junior Kimbrough through the front gate of the high school where I teach a college course to juniors and seniors twice a week. For starters, the building through which I enter is white and the steel bars through which we passed in my dream were brown. That and Kimbrough has been dead since 1998.

And I should have known I was dreaming when, a few minutes later, I stood atop a few steps that were looking toward the street and to my left was my freshman science teacher Mrs. O’Donovan, a woman I hadn’t seen or thought about in more than two decades. She looked the same—thin, short, a former head of completely black hair being seized by the sort of growing grays that can come only from having to teach teenagers—but I didn’t, which is why I re-introduced myself.

“You were my teacher in ninth grade,” I told her as we enjoyed a reprieve from the violence and fear surrounding us.

“I remember,” she replied, an answer that should have left no doubt that I most certainly was deep in slumber.

But I didn’t know I was dreaming nor did I wake. Instead, the dream continued with me walking to a parking structure to look for students. Dead. Alive. Injured. Scared. Hiding. Anyone I could find.

Before I stood on those stairs with Mrs. O’Donovan, feeling some sense of relief that the school shooting to which I was a witness was over, I heard a cycle of explosions from what appeared to be a rifle.

Students ran in all directions, panicked, on the grass next to the outdoor hallway down which I was walking, not knowing where to go or what to do. Their screams reverberated through the hall, bouncing off walls, a cacophonic symphony of final sounds.

I stood in front of a door to a classroom that wasn’t mine. The master key opened all doors. I unlocked it and told everyone to get in. Fifty students entered. I didn’t know if one of them was the shooter.

“Is everyone alright?” I asked. They were crying and panting. I saw no blood. These were the lucky ones.

I told everyone to get under the desks. I did the same. We remained curled until the shots became more distant, as if the shooter (or shooters) had moved farther from our room. Slowly I got out from under the desk and walked to the door. I opened it and saw a sniper pacing atop the building across from ours. I teach journalism, not algebra, but I determined that the sniper’s angle meant he or she wouldn’t have been able to hit my students if they laid against the back wall.

“Everybody over here!” I screamed. Their stomachs never leaving the floor, the students snaked their way to where I directed them. There, they huddled against and around each other. I knew they wanted to scream, to ask their moms and their dads and their gods to help them survive this moment. But they didn’t. Instead, they stayed quiet so the shooter wouldn’t know they were there.

As only dreams can do, I went from my classroom to standing atop the stairs with Mrs. O’Donovan. We looked at each other. Our eyes spoke: We are the adults and we have a job to do.

I walked to the parking structure through a concrete field of overturned cars and burning buildings. Smoke billowed from classroom windows. Body parts were casually tossed like confetti at a wedding. I saw dead bodies and tried, through the smoke, not to step on them. They were gone and I couldn’t help them.

And that was it.

Within five seconds of waking, I realized the school shooting to which I was a witness was a dream. I—and my students—had not encountered this horrific incident that, just a few moments earlier, was as real as the sky is blue.

It continues to frighten me.

Ryan Ritchie is a 39-year-old writer and teacher who lives in Lomita, CA.
https://twitter.com/ryanlritchie

Facebook26TweetPinEmail1Shares27
wpDiscuz
0
0
Would love your thoughts, please comment.x
()
x
| Reply
Share this ArticleLike this article? Email it to a friend!
Email sent!