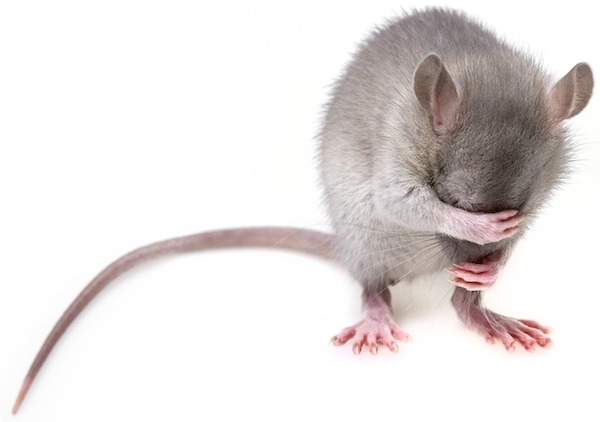 “Think, man,” Subi egged me on. “How do you get glue off your fingers?”

“Hmm,” I hmmed. “Usually I let it dry and then peel it off. But I don’t have hairy fingertips.” I examined my fingers to double check. All the while I kept an eye on the three dogs that came with the house and realised that I could call the local vet for assistance.

“You’ll have to cut the fur off where the glue is,” she recommended over the phone.

“What about its feet?”

“I don’t know. I can’t help you there.” There was a pause. “You might just have to take it out of its misery.”

Seems to be the go-to solution around here. Again, were it a larger mammal, a puppy, a human, that solution would never cross anyone’s mind. Sighing, I grabbed some scissors but as I held the mouse and tried to get an angle to cut the fur and not the flesh, I concluded that it would be a sticky risk.

“Not for drinking,” I said, raiding the house bar. “To see if it’ll get the glue off. Like how acetone removes nail polish.”

The house was out of vodka but there was plenty of gin. Pouring a capful into a small bowl I then dipped a cotton bud and dabbed at the mouse’s fur.

The fur came off.

And then a thought struck me like the discovery of black gold.

If there was something we had, it was a ton of oil. Olive oil, coconut oil, sunflower oil and vegetable oil. Why not oil?

I decided to use vegetable oil purely for its affordability and poured some into another small bowl. Carefully, I bathed the mouse in the lubricant and to my astonishment, the glue came sliding off the fur.

I watched as its whiskers, crucial to sense changes in temperature and to help feel the surface they’re walking on (mice don’t venture far from their burrows to find food. About eight metres is their boundary line. Their complex burrows usually built close to the food source) came unstuck. It’s toes and claws followed suit. Its mouth resumed moving freely and the only physical injury it appeared to have was where it had torn its cheek-fur under the left eye.

I wiped down the mouse but the oil wasn’t coming off. I figured it’ll dry off and decided to make a little hospital box for it. I placed the lid of a large plastic bottle with water and left a banana so it could eat (mice eat 15-20 times a day), recuperate and, eventually, be released in a new location in a field somewhere within a few days.

As the days passed I checked on the mouse every morning before heading off to surf and when I came back. I didn’t want to interact with it too much for fear it would grow attached. My 10-day Vipassana course was nearing and I figured that the morning I’d leave for the course would be the morning I’d release the mouse, allowing good karma to carry me through the meditations.

But it’s fur was still in oily clumps, exposing parts of its thin skin. I figured it might be a health hazard if the mouse’s fur couldn’t protect it from pointy things or the cold. I mean, sure, their life expectancy in the wild is six months but you wanna make those six months count, no (in captivity, they can live for two years, depending what experiments they’re subjected to)?

Two eves before the proclaimed check-out date, I headed out to a friend’s art exhibition. I relayed the rescue effort and consulted with him my dilemma of ridding the oil.

“Try warm water and soap,” he suggested. “The best would be dishwasher liquid as it’s a degreaser.”

The next day I followed up on his suggestion. After the mouse dried it was back to its furry ball. It had eaten most of the banana and a carrot I had added to spice up its menu.

It was climbing fearlessly on my hand and then up my arm when I cleaned out its box. Just chillin’ on my shoulder. I was tempted to keep it but what if it had family? What if it was a mother or part of a bigger colony that was now worried sick?

What if, in fact, it was a baby rat that was still growing?

The morning before I headed out to Vipassana I came up to check on the little fella and to let it know it was being discharged from the temporary hospital. But the box was empty.

“Never even got to say ‘goodbye’,” I complained sadly to Subi.

“Dude, you just rescued and recuperated a mouse after your go-to solution was to kill it,” it consoled me. “I’m sure it knew it was time. It probably just didn’t want to be relocated. Wants to stick around in the hood, make sure you’re doing alright.”

“I’ll take that,” I grinned. “Hope you made it out there, little buddy,” I called out.

I mean a raptor or reptile could have taken it the minute it high-tailed it (or long-tailed it. Mice tails grow as long as their bodies) out of the hospital box. But even if they did, I was at peace knowing that they wouldn’t be poisoned by any glue.

Such is the circle of life.

It used to be that we would co-live with our fellow natural species. If they got into the food, we’d just have to make better containers. The easy way out is to trap and kill but what right do we have? Even if it is ‘just a mouse’ it’s still a living being. We’ve become so disconnected with nature that we’ve created weapons of mass destruction against them and scaring ourselves from things like cockroaches and mice.

Such is inhumane nature.

It seems the only solution we have is to kill – and with cruel devices like a glue trap – rather than use patience and compassion to find a way to co-exist. I learned a valuable lesson through that mouse: Don’t ever give up on something no matter how small or big or impossible it may seem.

If you just take a moment to think a bit, use Logic and Common Sense (which, when put together, make for a better combination than a burger with fries and a beer) things tend to work out and another life gets to live.

Such is human nature.