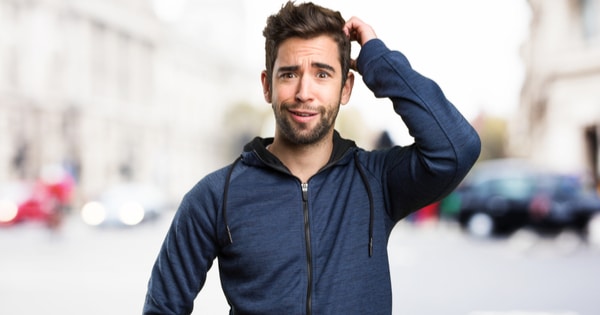 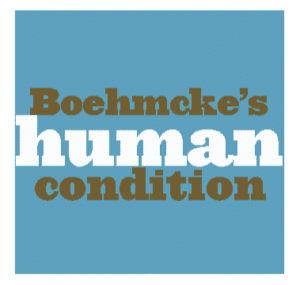 It is 2009. I am 25 years old and begrudgingly working at a nonprofit in midtown Manhattan full of unhappy people during the throes of the financial crisis. I have already been furloughed for one paycheck. I would work somewhere else if only I could get hired anywhere else.

My commute time on the train is spent obsessively reading and earmarking men’s magazines. It is research for when I finally get my sh*t together, make a bunch of money, and everything falls into place. My time at work is spent avoiding my limited but miserable job duties.

I do this in many ways. I hunt for sample clothing sales. I talk on the phone with my friend Megan. And I come up with ideas for new scripts that I print out on hundreds if not thousands of the company’s sheets of paper.

The dress code at work is semi-professional which means I spend a lot of time being existentially frustrated that I have to wear uncomfortable suit pants and scratchy dress shirts. I am itching(metaphorically and literally) to get to a job where I can wear clothes more expressive of who I am.

By far the best part of my job is the woman I am dating who sits 30 feet away from me. I spend a large portion of my day flirting with her on g-chat while I avoid asking people with no money to donate to a nonprofit they don’t even like.

Dating at work means sometimes fighting at work. Because I am still an emotional child at this point, our fights are usually about not my general lack of commitment. Not a conversation that is best had at work. However, I am not good at compartmentalizing. Everything affects everything. And so this, g-chat fight eventually results in one of us saying “Do you want to take a walk?”

Independently we make our way outside to Park Avenue and 32nd street where the business attire of midtown starts to ever so slightly transition to the fashion show of downtown. I have no idea to establish this transition for myself. Though the french bulldog I see every day outside my office seems to have figured it out. Every day he wears tiny boots, a scarf, and pilot goggles like he is flying a test plane in Kitty Hawk.

I envy his panache and his confidence. My outfit, on the other hand, is less… specific.

Jeans that are much too long to compensate for a childhood full of jeans that were far too short. Brown sketchers that close with elastic velcro. And a fire engine tinted Le Tigre polo, untucked and one size too big that I purchased in one of my “Oh my god I’m so excited to buy things on sale” moments at Lord & Taylor. Sale excitement blocks the “fit” receptors in my brain. This means anything I purchase on sale is either hideous and a perfect fit, or lovely and two sizes too big. My closet looks like that of a bipolar individual with rapidly fluctuating weight.

I am a decoupage of poor decisions and non-commitment out for a midday fight stroll with my work girlfriend. We talk through our feelings as we pass the many overpriced Persian rug stores on Madison Avenue, pausing in front of a display window full of carpets indistinguishable from each other.

It is at this point that a pair of 20 somethings come up to us dressed in what I would say is contemporary style. Certainly, they aren’t wearing smocks, the chosen garb of anybody asking you to spare a minute to save the whales, the trees or the children. Those individuals always set up camp on the sidewalk and then ask every single person walking by “Do you have a minute for gay rights?!”

I never wanted to stop but still, I felt guilty. I just wanted to yell “Yes, but this isn’t it.”

These two people didn’t seem like they were out to save anybody, but they were making direct eye contact which meant they were about to talk to us. Whatever it was, I was always prepared to say no. But as this woman spoke I dropped my guard.

My entire future came into focus. I didn’t know how but they had found me. They were doing an issue on street style and I had nailed it. My combination of denim, tiger polo, and velcro sneakers was just rakish enough to garner their attention. Everything in my life was about to change. And then she continued speaking.

“We do a feature called street makeovers to give normal guys a more stylish look. Are you interested in being made over?”

My clothes no longer fit. I am wearing my dad’s clothes. Shaq’s clothes. Tattered blankets I stole off a mole person hobo king who lords over the subway tunnels.

I don’t really want to be featured in a magazine as a guy who doesn’t know how to dress. Plus, pausing a fight with my work girlfriend to capitalize on a magazine makeover opportunity would be a death sentence for this (already in jeopardy) relationship. Maybe we won’t go the long haul but I can’t just ditch her. I am young, dumb and naive… but I’m not a monster!

I kindly decline and send the wandering nomads on their way to find another hapless bloke.

That relationship ended several months later, though I stayed on at that job for another full year. Totally not awkward. The clothes I wore that day were all eventually donated. And my subscriptions to all but one of those men’s magazines have lapsed.

The fights I have nowadays are with somebody I have decided to fight with for the rest of my life. While I don’t like fighting, there is great comfort in that commitment. There is also great comfort in knowing my clothes fit a lot better than they did back then.

Plus the velcro shoes are gone. I hope I never commit to those again.