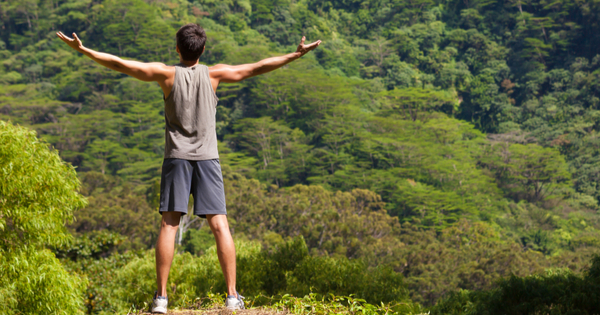 This week, I want to speak a little about sharing your gift with the world, and what it means to be a master at your gift.

In the summer of 1969, a young English guitar player was listening to his car radio while on a road trip. This guitar player had recently ended his relationship with his previous band and was looking to create the next avenue he wanted to take his career.

He recorded and released a phenomenal album with some other young musicians in a so-called supergroup. While the album did pretty well commercially, the band only lasted that one album. If you’ve never heard the Blind Faith album, get thee to your favorite streaming music format and listen!

It should be noted, this guitarist we speak of is known for having slow hands…

Back to our friend – whose name may or may not have been Eric Clapton. He heard the Wilson Pickett cover of the Beatles’ Hey Jude on the radio on that evening in 1969. Other than the classic Muscle Shoals sound (#callback to two weeks ago) he needed to know who played guitar on that song.

The guitar work on Pickett’s Hey Jude is unique in a way I’m unable to describe. And it blew Eric’s mind into millions of pieces.

He gets on the phone with his contact at Atlantic Records and discovers that the guitar player was a young blues guitar master from Macon, Georgia who went by the name “Skydog”.

This was of course, Howard Duane Allman.

That guitar player had just founded a band with a bunch of good ol’ boys from Macon as well as his younger brother and had released a critically acclaimed but commercially unsuccessful album.

Eric had just put a new band together and they were in South Florida for a recording session. He finds out that the upstart Allman Brothers Band was playing a gig nearby and he just had to see them play.

During the middle of one of Duane’s solos during this show – which I believe was played in a public park with bales of hay all around – he looks down and sees Eric standing in the front row and freezes dead in his tracks. He was awestruck.

After the show, the Allmans are invited to the studio for a jam session that lasted til the wee hours of the morning.

The band that Eric Clapton had put together was called Derek and the Dominoes. This band only released one studio album, but man oh man what an album!

The title track of Layla and Other Assorted Love Songs is one of the most well-known and iconic songs in rock music history. If you haven’t heard the opening guitar lick, to say nothing of the piano coda at the end, then I want to know what kind of rock you’ve been calling home for the past 50 years.

That song has Duane Allman’s legendary slide guitar all over it. And it’s some of the finest recorded guitar playing in music history.

Duane was actually invited to tour with Derek and the Dominoes as their fifth member, but he chose to remain loyal to his brother and their new band.

Let’s flash forward to the summer of 2019 – some 50 years later. During the annual Lockn’ Music Festival in Virginia, the phenomenal Tedeschi Trucks band played a set that must be seen to be believed.

Derek Trucks is the nephew of the late Allman Brothers’ drummer Butch Trucks. He’s been on the music scene since he was in elementary school. He started guesting with his uncle’s band when he was only 12 years old. Derek officially joined the Allmans when he was only 19 – inheriting the chair that Skydog originally held.

While on tour with the Allmans early in the 2000’s, they toured with powerhouse vocalist and guitar slinger Susan Tedeschi. She was the opening act for them one summer. They got married and created one magical freight train of a band amongst their many accomplishments.

Susan is one of the best female vocalists on the planet right now. With the rasp of Bonnie Raitt and the pure rocket power of Janis Joplin, Susan is one of a kind and true gift. She also knows her way around a Fender Telecaster pretty well herself.

This concert I’m speaking of was broadcast live on the internet and an archive of which is available on YouTube. I’ve watched this video several times and I’m about to tell you why.

During the TTB set at Lockn’, they were joined after intermission by a couple guitar masters themselves. Trey Anastasio is the founder of Phish and the Trey Anastasio Band. And Doyle Bramhall II has toured with Eric Clapton (where he met Derek Trucks who also toured with Eric) as well as an extensive solo pedigree. Doyle has a style that’s hard to describe. Think Hendrix meets Bruce Conte of Tower of Power.

With Trey and Doyle with the TTB lineup, they went off on a magical musical journey and played the entire Derek and the Dominoes album (minus one song) from beginning to end. I think they ran out of time to play that final song.

That was all before the finale…

Everybody knew it was coming…

As soon as they played the first lick on Layla. Everybody watching – both live and on the internet – they knew they were about to go on a magical journey.

On stage, Derek Trucks isn’t much of a showman. He prefers to let his guitar do his showing off for him. He’s not jumping off of amplifier stacks and doing windmills with his arm.

Before the piano solo during Layla, Derek turns to their keyboard player Gabe Dixon. There was a brief and subtle look the two men exchanged which spoke volumes.

Derek gives Gabe a slight smile and eyebrow wiggle. Almost as if to say “this is gonna be fun…”

And sure enough, Derek’s take on Duane’s part from Layla left everybody absolutely gobsmacked.

There’s a look that Trey gave Susan during this that said, “how is he doing this?”

Derek pulled off Duane’s signature “Bird call” lick like it was nothing.

It was pure magic.

I’ve used almost 1100 words to set up the punchline of this piece.

Being a master at your gift is way more than simply being technically proficient at your gift. It’s about a little something extra.

It’s about having fun.

Greatness is taking your life experiences, your technical skill at your gift, practicing constantly, and letting your inner child have fun.

This is what makes Eric Clapton one of the all-time greats. He’s got the skill. He’s practiced constantly over the past 60 or so years he’s been playing the guitar, to say nothing of the more than 50 plus years he’s played professionally. And to this day when he’s at his best – despite Father Time catching up with him a little bit – he’s having fun like a little child.

You could say the same for Derek Trucks, or Steph Curry, or Aaron Sorkin – anyone who is considered great at what they do. They’re at their best when they’re having fun.

Even Nick Saban – the uber-intense head football coach at the University of Alabama – has been known to cut loose. Making dirty jokes with his players and doing wheelies on his grandkids’ Big Wheels toys.

You can take this attitude into any of life’s pursuits.

You’ve got the skill. Practice and get better. And never forget to let your inner child have fun!

Facebook15TweetPin1EmailShares16
wpDiscuz
0
0
Would love your thoughts, please comment.x
()
x
| Reply
Share this ArticleLike this article? Email it to a friend!
Email sent!