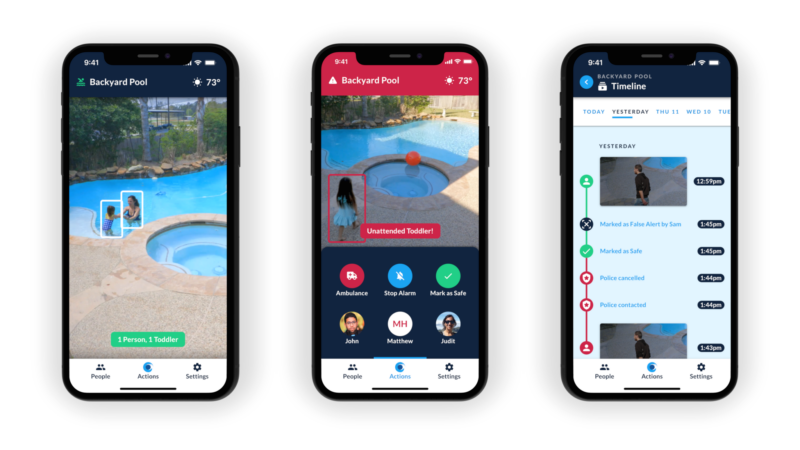 For many of us, the words artificial intelligence (AI) and machine learning (ML) inspire images of a dystopian future run by computers. Recently, a Google engineer warned that the company’s chatbot had “come to life”; meanwhile, the media serves up videos of robotic dogs armed with machine guns, which seems more terrifying than anything in “Blade Runner,” “The Matrix,” or even Stanley Kubrick’s “2001: A Space Odyssey.” The latter featured the original AI villain, a murderous program named HAL 9000. Not since the velociraptors in “Jurassic Park” learned to communicate with one another has anything seemed so palpably horrifying as computers learning to think for themselves.

That AI and ML would purposely — and purposefully — intersect with fatherhood seems fantastical. But thanks to a former British investment banker and young father named Sam Weitzman, they have, and in a way that only stands to benefit other fathers like him.

“My wife and I had taken our two young sons to a neighborhood pool in Tel Aviv,” Weitzman recalls. “When we stepped into the paddling pool for the first time, my wife wanted to memorialize the moment. I picked up our youngest son and she snapped a few shots. I hadn’t turned away for more than a minute, and the water was quite shallow, but somehow our older son had sunk to the bottom in that time, and no one had noticed. I immediately grabbed him. He was gasping for air and scared, but okay.”

Shaken, Weitzman could not help imagining what might have been. Back home, he began thinking about how to increase the margin of error in such a scenario. As an investment banker, he had worked on a number of tech deals, so he knew that the fields of AI and ML were evolving quickly. Notifying a parent of their child being in imminent danger seemed like just the kind of problem that these new deep learning technologies could solve. All one had to do was teach a computer to distinguish children from adults, anticipate their next movements, and then link that program to an app on a smartphone.

Building such an app was indeed possible, particularly for a home pool that would not be filled with dozens of people, but Weitzman said he still knew that it would be a “hefty” challenge technologically.

He soon incorporated his new venture as Deep Innovations and began working on an AI-driven home pool monitor. By the end of 2017, his invention had a name: PoolScout. By then, it was far enough along to show the major players in the pool industry. “They were all pretty interested,” Weitzman says. Over time, the product — which is a cloud-based service delivered to the homeowner’s App and uses a standard security camera, alarm unit, all working together — became refined enough to beta test in the real world.

But now, Weitzman was nervous. If PoolScout did its job, no one might even notice; if it didn’t, however, his invention could be implicated in a potentially tragic incident. Then, he received an email from one of the testers — another young father — who said that PoolScout had saved his child’s life. Because PoolScout activates cameras during an emergency, Weitzman and his team were able to watch footage of the incident (with the customer’s consent). Weitzman calls the moment “impactful.”

A few weeks later, PoolScout alerted another parent to their daughter climbing over the pool fence; she was supposed to be napping and no one might have noticed her splash into the water, but PoolScout saw it coming and blasted an alarm that was so loud it actually scared the girl back over the fence and back into her house. “I should emphasize that we don’t consider the product a substitute for parental supervision or fences,” says Weitzman, “but obviously, it is an absolutely terrific backup, and the software is constantly improving its capabilities.” PoolScout is currently learning to recognize pets.

Weitzman says that developing a life-saving technology is something that would never have happened in his previous career as a banker. Then again, most people would not have assumed that an app could be taught to act as a surrogate parent.

Though such incidents rarely make the news, more children ages 1–4 die from drowning than any other cause of death outside of birth defects in the United States. Moreover, drowning is the second leading cause of unintentional injury death for children ages 1–14.

In essence, Deep Innovations’ AI may have a deep impact, and all because of something very real: a father’s love.

This content is brought to you by Scott Bartnick

Scott Bartnick is a nationally renowned author, E-commerce, and media expert. He has been featured in Forbes, Entrepreneur, and IBTimes for his success in business. Bartnick is the co-founder of Otter Public Relations, a multi-million dollar media agency where he works with top Thought Leaders and brands to break into mainstream media. He also owns several successful E-commerce companies and has been nationally recognized for his innovative lifestyle.