Get Daily Email
Join/Login CLOSE
Home / Politics / For the People 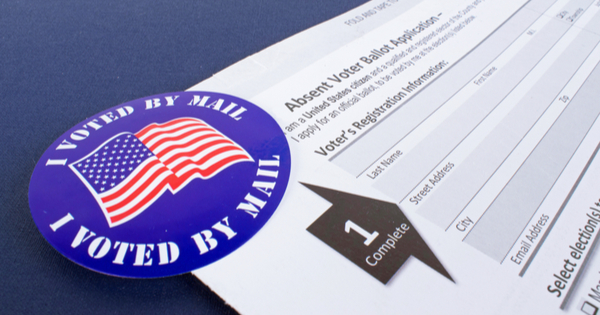 All the blood is drained out of democracy, it dies, when only half of the people vote.

Donald Trump has threatened to cut federal funding to Michigan and Nevada for sending applications for absentee ballots to all registered voters. He claims this is illegal though he doesn’t cite the law it violates. Further, without proof, and despite overwhelming evidence to the contrary, he claims this move will lead to rampant voter fraud. Nobody seems sure whether he can withhold aid to states, there are a lot of claims, a lot of fake news. One thing is certain, though, democracy will work much better if more people participate. Practice makes perfect.

As a country, we should be working without rest to increase the percentage of people who vote. Since 2002 an average of slightly more than 51% of eligible voters actually bothered to vote. It’s hard to call anything a majority with those numbers.

States should increase access to mail-in ballots, early voting, provide transit to polling places. Voting should be moved to a weekend. Maybe even Sunday and Monday. Everybody talks about the importance of participating but nobody wants to make it easier. It is difficult to find a solid reason against reform, but easy to find compelling supporting arguments. Starting with the delightful upheaval of the status quo and the complete chaos of choice.

It is almost impossible to predict what would happen if ninety five percent of the eligible voters actually voted. Impossible to predict but delightful to think about. The center would spread along lines of population, compressed, dense urban centers would become the new front in campaign trails. Campaign promises would have to include increased funding for inner-city schools and infrastructure, initiatives to improve opportunities in places that haven’t seen anything like hope for several election cycles.

Odd things would happen. SuperPacs and the filthy rich would have to recalibrate, they would have some competition. They would be pitted against people who have less, the people Johnny Cash called “the poor and the beaten down, livin’ in the hopeless, hungry side of town.” Soon, these people might find that having a voice in city hall, state legislature, and the federal government is worth the time it takes to vote.

A little power might go to their head and they might start turning out in obscene numbers to vote.

After a few years they might relish the power the polls give them. They might start believing in the American Dream. For most of the poor it is only an albatross around their neck, reminding them of what they don’t have. What would happen if the government worked to make their neighborhoods better? What would the country look like if everybody felt they were important?

Other groups might like what they see. Marginalized people from LGBTQ communities, faiths that aren’t evangelicals might want some say. Who knows where we’re headed next?

Imagine that, a government of the people, for the people. And it all starts with getting people to vote. Mail-in ballots are one step, but only one. Voting has to become more than a right, it has to become a possibility. People who are afraid of voters should find another job.

Call your congressperson and say you want everybody to have a mail-in ballot, and you are going to vote for the person who agrees.