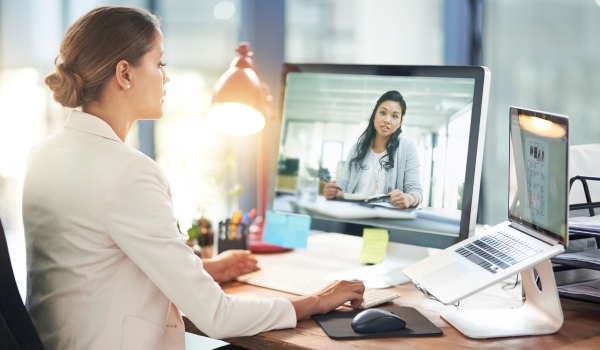 Earlier today (Sept. 6), the Justice Department filed comments with the Federal Communications Commission (FCC) opposing Net Neutrality. The DoJ, supposedly the protector of consumers and guardian of competition, said that “market forces” were sufficient to do both of those jobs.

That view, of course, is nonsense. Perhaps the DoJ failed to recall that there are no “market forces,” and that the market for broadband services is controlled by two industries and that consumers have very little choice. Just how little choice we have was made clear to me earlier this summer.

In August, my wife and I went to Jasper, Alberta, a little town in the northern part of Jasper National Park. One morning, we had breakfast with a couple we had met in an excursion around the area. They are from Derby (pronounced Darby), a city of about 233,000 located in the center of England, far from London.

The discussion got around to the question, “What do you do?” For the next 45 minutes or so, my wife Liz, a systems architect for IBM, and the English husband, an engineer, and his wife, an Information Technology instructor, had a lively discussion of Service Oriented Architecture, data modeling, data warehousing and the like. I wanted to know what kind of Internet connection he had.

It was a difficult choice, he and his wife said, because there were so many options. He had to make up a spreadsheet to figure out which service was best. Let us pause and consider this concept.

This U.K. consumer did something not one U.S. consumer can do. This broadband consumer in the U.K. has so many options – 59 Internet Service Providers that he needed a spreadsheet to figure them out. Here in the U.S., a similar customer might have two – the telephone company and cable company.

The contrast is staggering: a complex spreadsheet with 59 choices and several features for each vs. pre-kindergarten math of counting to two. The evidence is clear. From the consumer point of view, our Internet policies are a failure and a disgrace.

The details of the riches enjoyed by English customers are more staggering today than they were when the Derby spreadsheet was made in 2004. An English consumer magazine, Which?, on Aug. 2 published evaluations of 25 providers. Between them, those 25 providers have 125 separate service plans, and the magazine evaluates each of those on 35 separate factors. Most of the services are available nationwide.

The Which? evaluations only scratch the surface. Another site in the U.K. lists about 200 Internet Service Providers.

Here’s a similar version for one location in Montgomery County, Md., which has access to Verizon and Comcast services. Most areas don’t have this luxury of choice, which includes Verizon’s fiber service.

It’s time to start asking some pointed questions of policymakers, beginning with the House Telecommunications Subcommittee, a pivotal point for the development of telecommunications legislation and policy. Here are some random questions for panel members:

Rep. Charlie Gonzales (D-ATT): You represent San Antonio, the home of AT&T. Why don’t you respect the rest of your constituency? You read the company’s talking points and introduce their bills, but why don’t your support policies that will allow residents of your district have the same choices as English consumers?

Rep. Eliot Engel (D-VZ): Why shouldn’t residents in the Bronx have what the residents in most towns in the U.K. have? What’s in it for your constituents if you consistently vote with the phone company?

Rep. Al Wynn (D-VZ): While you push the phone company line, some of your constituents are still on dial-up. Don’t the people who live in Derwood deserve what the people in Derby have?

Those are just a couple of the Democrats who thwart progressive telecommunications policies. The entire Republican side of the aisle, with an occasional protest from a Heather Wilson (R-NM), or Chip Pickering (R-MS), consistently speaks for telephone companies.

Representing the GOP side en bloc, here’s the question for ranking member Fred Upton (R-VZ): Why do you keep the residents of Kalamazoo from having the luxury of needing a spreadsheet to figure out to which Internet provider they should subscribe? Don’t your constituents deserve better?

All of those questions, and more, could be directed to policymakers at the national level, ranging from the White House, to the Justice Department, to the Federal Trade Commission and of course to the Federal Communications Commission (FCC).

Where does consumer choice fit into your thinking, as opposed to what the telephone companies, cable companies and their eco-system want? Why is it that the telephone company reward for our dropping our international rankings for Internet access, resulting in our abysmal consumer choice, is to give them more of their public policy desires, as the FCC is scheduled to do at your Sept. 11 meeting?

It’s not hard to figure out how to bring U.S. consumer choice up to the standards of the U.K. and other areas of the world. The British, and many other countries, are for the most part following policies we abandoned in the last couple of years. We need to bring back those policies and abandon the failed ideology of “facilities-based competition.” That idea is simply a recipe for a constraining duopoly. It doesn’t matter to consumers whether the service they receive comes directly from a telephone company or cable company, or whether it’s provided by another company leasing access to network elements. Choice matters. We don’t have it, and won’t until the policies revert to the time before the FCC systematically killed off competition.

Accomplishing consumer choice for the Internet will be the hard part. The telephone and cable companies will spend millions to keep competition from flourishing. They will employ their in-house lobbyists and their contract lobbyists. They will deploy their fake support groups. They will trot out the racial and ethnic interest groups, which take the company money while betraying their constituencies. They will gin up dozens of papers from bought-and-paid-for academics and economists. They will contribute hundreds of thousands of dollars to Congressional supporters. If they lose in Congress, they will fight in the courts and through the underbrush of implementing the FCC rules implementing a law.

Companies that might otherwise believe in the power of the Internet and would endorse consumer choice will stay silent. They are the ones locked into business arrangements with the telephone companies. They didn’t realize that when that first check cleared in the bank account, that a little bit of the Internet company soul materialized in amber on desks in San Antonio, New York or Philadelphia. Unions will be of no help, even though their members would benefit from competition. Instead, they will whine that consumer choice will cost jobs, a specious argument at best.

There’s only one force powerful enough to combat all these weapons. You. You have to ask your member of Congress and your Senator, “Why don’t we have the same choice for the Internet that people in England do?” You have to ask what your representatives are going to do about this deplorable situation. And you have to keep on asking until there’s an answer.

This post was previously published on publicknowledge.org and is republished here under a Creative Commons license.