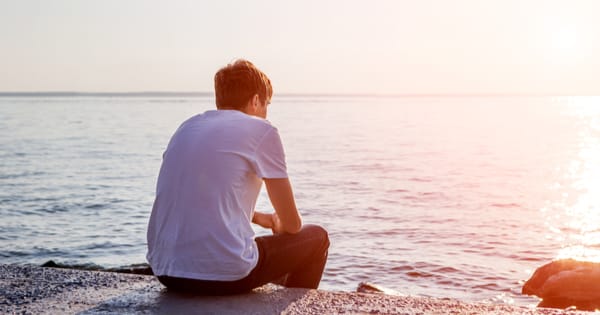 “Unexpressed emotions will never die. They are buried alive and will come forth later in uglier ways.” — Sigmund Freud

We are all wounded.

The heart is a fragile and tender organ. There are those who would argue this point, claiming they have learned how to love without fear, but they are few and we are many.

For many, unhealthy relationships, failed marriages, and betrayals have left us hollow and numb. Except the hollowness is an illusion, a cheap trick that masks hurt and anger and fear. The numbness, like any anesthetic, eventually dies. But the emotional blocks remain.

It only took two years for us to grow distant, she with her busy career as a restaurant manager and me with my drug problem and my depression. By 2005 we were avoiding one another.

One day I came home from a meeting and she was sitting at the dinner table drinking tequila from a bottle. She had never done that before. She was drinking because our marriage was over.

I had done that to her. Even now, more than 10 years later, that image stays with me.

I was clean and sober by that point and had been for a few years. Masters degree in Education, senior staff administrator at an elite military academy, a homeowner. None of that mattered. She was drinking tequila from a bottle because I had hurt her.

That image, for me, is an emotional block. If you’re unfamiliar with the term, these are suppressed feelings that keep us stuck in maladaptive behavioral patterns. In extreme cases, they explain why some people stay in abusive relationships when it seems so clear to others that they should leave. Fear, hurt, sadness, anger — they come in many varieties.

For me, the block is not so dramatic. I simply never want to cause that sort of pain ever again. So I avoid getting too close to potential partners, because I am a monster, and nobody should have to deal with me.

Most of the time we don’t even realize these emotional blocks exist, which is a big part of the problem. Sigmund Freud has taken a lot of heat over the past few decades, but he was right about the power of the unconscious mind. “Unexpressed emotions will never die,” he once wrote. “They are buried alive and will come forth later in uglier ways.” Boy, I’ll say.

In recent months, I’ve decided to get honest about my own emotional blocks, because honesty and awareness are the only known antidotes to this poison. And I’ve also accepted that I suffer from something psychologist and author Bryn Collins calls “Post-traumatic relationship disorder.” While not an official diagnosis, it is nonetheless real. She writes extensively about it in her book, Emotional Unavailability.

Most people hear the word “trauma” and think about car crashes and rape and combat. Those are certainly traumatic. But trauma is also in the eye of the beholder. What is normal to you may be traumatic to me. We don’t get to decide for one another what is and is not traumatic.

Here are some examples of relationship traumas I have experienced. You’ll probably read them and roll your eyes. Keep in mind, though, that trauma is contextual — it has to do with our own experiences, our own beliefs, our own schemata.

Emotional blocks, all of them.

That last one happened 25 years ago, but it still haunts me. It’s in the back of my mind every time I consider approaching a beautiful stranger. It’s the frost on my heart when I try to summon the courage to ask her out. And until a few months ago, I didn’t even realize it was there.

In the end, we are the sum of our experiences.

Jenny The Cheerleader is not responsible for my fear of rejection. But it certainly didn’t help.

My ex-wife is not responsible for my sadness. But I nonetheless mourn the demise of our relationship, because I was with her for 13 years, and my identity is fragmented without her.

And while ex-fiance betrayed me and scarred me for life by not letting me say goodbye to her son, she is not responsible for my anger. My anger is an inside job, and I refuse to cede her that power. She has already taken enough from me.

My emotional blocks define me, but only to the degree that I let them. For years, I was unaware of their existence, despite their power. I am 42 years old. I am single, and I am alone. But I am facing these blocks for the first time, and I feel liberated.

For the longest time, I have lived in perpetual winter. But the ice has begun to thaw, and soon I will feel the warmth of spring. If you are like me, I hope you will consider moving on, too.