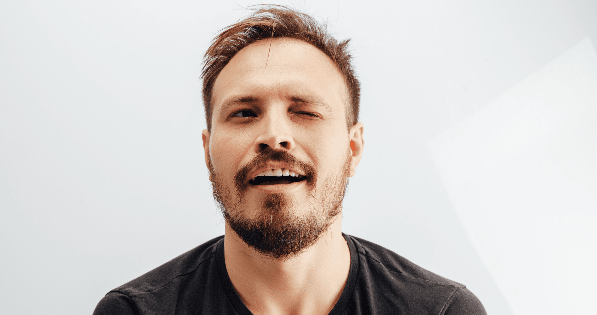 Despite its use by comedians like George Carlin and Ron White, sarcasm isn’t always funny. In fact, sometimes it’s downright mean. Sarcasm is often really just thinly veiled anger and hostility. And because it’s posed in a seemingly humorous way it can be hard to contend with.

We are all familiar with sarcasm. It has become an accepted form of communication, and nearly all of us use it in some form on a daily basis. But being commonly used doesn’t mean that sarcastic comments don’t have a detrimental effect on relationships – especially romantic ones – when over used.

Sarcasm is a form of communication that uses irony to insult, criticize, make a point, or make fun of someone else. Statements like, “I love what you’ve done with the place” when someone’s house is a mess, or “my heart bleeds for you” when you are tired of hearing someone complain, are ways of criticizing without sounding outright mean. If called on it people will often claim to have been teasing, or not to have meant hurtful anything by it. Some may even accuse others of being too sensitive or having a thin skin if they find themselves offended.

But the truth is that it’s not the person who’s offended who’s in the wrong – it’s the person using cutting, sarcastic comments that should rethink their approach. Even if they think they’re teasing and being funny there’s there is often a cruel undertone to a sarcastic remark.

Why People Use Sarcasm

People often use sarcasm as crutch to cover for other issues or communication problems. The main reasons that sarcasm gets used can be narrowed down to a couple of specific areas.

• Anger or hostility. Sarcastic comments are inherently critical or cruel. People who use them are often engaging in a passive-aggressive form of expressing their anger. Rather than saying, “it makes me angry that you haven’t cleaned the kitchen,” someone might say, “nice job at cleaning the kitchen – your attention to detail is amazing.” By doing this they aren’t directly engaging in communication about their feelings, yet their feeling anger is what’s conveyed. Unfortunately, this is an unfair and dishonest way of dealing with anger, and such sarcastic comments are often far more hurtful than just being direct about your frustration. And handling hostile feelings this way can lead to bigger problems and deeper anger issues.

• People who are socially awkward or suffer with personal insecurities will often use sarcasm as a way to protect themselves. Sarcastic comments can serve to keep distance between people and create a feeling of superiority for the person using them.

What Sarcasm Does to Your Relationships

The use of sarcasm occurs more frequently within close relationships than it does between strangers or acquaintances. Unfortunately, it’s use can have severely detrimental effects on the strength and health of a relationship.

Sarcastic remarks when used often in a relationship can erode the trust and intimacy that a romantic relationship requires. They can leave one partner feeling insecure and feeling suspicious of everything that is being said – even the complimentary things. Because of this a couple can quickly grow apart and lose the ability to communicate effectively with each other.

Sarcasm can also be quite manipulative. When the remarks cause insecurity in your partner or shame, they can  put one partner in a position to direct the relationship and decisions within the relationship in their favor. This creates an imbalance that takes things away from the equal, respectful partnership that characterizes a healthy relationship. At it’s worst, constant sarcasm can be a form of emotional or verbal abuse, destroying a relationship and leaving lasting scars on the partner.

All of this being said, sarcasm isn’t always negative. When used correctly – and sparingly – sarcasm can actually add humor to a conversation. This is one of the reasons that comedians often use it so effectively in their acts. But the line between funny and hurtful can be tough to see, and sarcasm can become overused and tiring very quickly. And on the heels of that be hurtful and damaging.

So if you are a person who uses sarcasm frequently it’s worth taking the time to figure out why and examine the effect it may be having on your relationships. It could very well be time to modify your communication style.