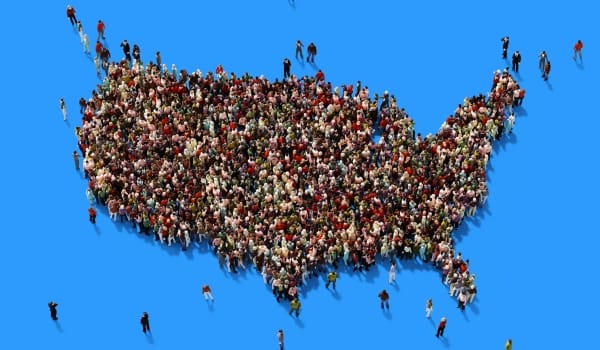 —
Here’s an update of a post I wrote two years ago, with some additions.

One reason you, and your students, need to know these things is because they are the building blocks of first-line debunking. We use these facts, plus arithmetic, to ballpark the empirical claims we are exposed to all the time.

This followed my aggressive campaign to teach the undergraduate students in my class the size of the US population (I told you sociology isn’t an easy A). If you don’t know that — and some large portion of them didn’t — how can you interpret statements such as, “On average, 24 people per minute are victims of rape, physical violence, or stalking by an intimate partner in the United States.” In this case the source followed up with, “Over the course of a year, that equals more than 12 million women and men.” But, is that a lot? It’s a lot more in the United States than it would be in China. (Unless you go with, “any rape is too many,” in which case why use a number at all?)

Anyway, just the US population isn’t enough. I decided to start a list of current demographic facts you need to know just to get through the day without being grossly misled or misinformed — or, in the case of journalists or teachers or social scientists, not to allow your audience to be grossly misled or misinformed. Not trivia that makes a point or statistics that are shocking, but the non-sensational information you need to know to make sense of those things when other people use them. And it’s really a ballpark requirement (when I tested the undergraduates, I gave them credit if they were within 20% of the US population — that’s anywhere between 258 million and 387 million!).

I only got as far as 25 facts, but they should probably be somewhere in any top-100. And the silent reporters the other day made me realize I can’t let the perfect be the enemy of the good here. I’m open to suggestions for others (or other lists if they’re out there).

They are rounded to reasonable units for easy memorization. All refer to the US unless otherwise noted. Most of the links will take you to the latest data:

This post was previously published on familyinequality.wordpress.com and is republished here under a Creative Commons license.