Our species is threatened. How will we respond?

Throughout his life, Socrates famously asked six questions: (1) What is justice? (2) What is good? (3) What is piety? (4) What is courage? (5) What is moderation? (6) What is virtue? In this short essay, I address the first question on the list, with a particular focus on the intergenerational inequity produced by climate change.

Spend a few minutes online, and you’ll be hard pressed to avoid articles claiming contemporary climate change is “normal” and therefore nothing to worry about. It’s small wonder most Americans view climate change as a distant and largely irrelevant threat, as echoed by results of a recent poll.

Contrary to polls, politicians, and many pundits, the science of climate change is clear. Anthropogenic climate change is under way, as expected from burning fossil fuels that accumulated over milennia and as predicted by naturalist and diplomat George Perkins Marsh in 1847. Nearly 50 years later, Swedish chemist and Nobelist Svante Arrhenius spelled out the dire consequences likely to result from burning fossil fuels in a refereed journal article. Then in 1990, the United Nations Advisory Group on Greenhouse Gases reported, “Beyond 1 degree C may elicit rapid, unpredictable and non-linear responses that could lead to extensive ecosystem damage.” Planetary instruments indicate Earth has warmed about 1 C since the beginning of the industrial revolution. Not surprisingly, numerous self-reinforcing feedback loops have been triggered, indicating climate change is irreversible.

Climate change is a social justice issue because it lies at the heart of intergenerational inequity. We take for granted the ability to survive and prosper on a climatically stable planet, while rarely contemplating the world we are leaving in our wake. Indeed, our will to live — rooted in the evolutionary drive to survive — makes us shortsighted and self-motivated (and, in the case of many of us, self-absorbed). It seems we are inherently incapable of considering, much less empathizing with, our grandchildren’s grandchildren. That’s why we are willing to bake the planet beyond the point of habitability within a very few generations. The Socratic question of justice comes to the fore when we consider the justice associated with leaving the world worse than we found it.

It seems evolution dealt us a bad hand — it gave us the big brains, but they’re not quite big enough.

Evolution drives us toward “flight or fight” — that is, to survival.

If we survive, evolution drives us to procreate: Nearly 4 billion years of evolution are screaming at us to breed. Evolution has some bad company on this one, in the form of the world’s largest religious group, and the world’s fastest-growing one.

If we clear the first two hurdles, evolution prods us to acquire material possessions. And these three outcomes of evolution — the drives to live, procreate, and accumulate possessions — are disastrous to the common good as well as for the future of our species.

When individuals are threatened, they respond. Often the response is unexpectedly heroic. Our species is threatened. How will we respond?

Guy McPherson was born and raised in the heart of the Aryan Nation, small-town northern Idaho. More than ten years into a career in the academic ivory tower, McPherson began focusing his efforts on social criticism. His contemporary presentations stress the importance of individual and societal action in light of ongoing global climate change and energy decline. All events highlight the importance of living sustainably, a necessity driven by completion of the ongoing collapse of the industrial economy and underlain by the absence of cheap oil. McPherson's latest chapter includes abandoning his tenured position as full professor at a major research university for ethical reasons. His story is described in his latest two books, Walking Away from Empire and Going Dark.

Guy McPherson: “I received your request three days ago. It’s in a very large stack of requests, and I have many other obligations. I began by sending your request to an attorney who warned me she wouldn’t touch it with a barge pole. Nonetheless, I was contemplating how to proceed. Thanks for solving the problem for me.” Hi Guy. Sorry, I am not psychic. I also always respond to all email. If I don’t have an answer for the person immediately. I usually tell them, ‘Got your email, busy or don’t know your answer. I will give you a response… Read more »

I disagree with the ‘evolution drives us to procreate and consume’…. For tens of thousands of years humans lived in harmony with nature, where primitivists actually took great concern to avoid breeding above carrying capacity and consuming above carrying capacity. In fact, the Mosuo culture in South West China, have and until very recently, had a society with no murder, no rape, no suicide, no homeless, no unemployed, no police, no courts, etc….. due to their cultural values, with do not reward men by encouraging them to participate in a breeding war or consumption war for socio-political status. We will… Read more »

I agree with the larger sentiments and the overall argument about the need to do something. However, there is GOOD scientific evidence supporting the existence and effects of climate change but sometimes there is BAD pseudo-scientific rhetoric marshaled to fight it. Let’s not fight pigheadedness with superstition. Let’s not replace one deeply flawed view of the natural world with another deeply flawed view of the natural world. That’s just sticking our heads in a different patch of sand. Almost by definition climate change is reversible. The climate may reach a point past which humans could not survive as a species,… Read more »

wellokaythen, I think Guy means that climate change is not reversible in a meaningful time-frame for humans (say, 1000 years, at least). In any case, I doubt whether any future climax system will be quite like what we’ve had in recent centuries so, in that sense, it is probably irreversible. Also, the planet has had life for most of its existence. Recent research seems to have pushed back the earliest life forms to almost 3.5 billion years ago. The earth is about 4.6 billion years old. However, you’re right, the earth doesn’t need saving and there is no physical law… Read more » 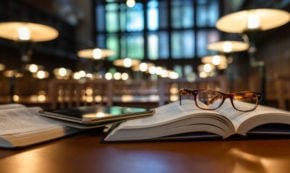 Facebook283TweetPin22EmailShares305
wpDiscuz
Share this ArticleLike this article? Email it to a friend!
Email sent!